Russian history: Highroad for the Soviets 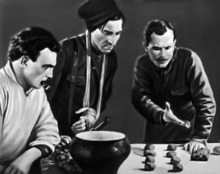 In 1918 Lenin managed to remove Russia from World War I, although on extremely unfavourable terms. The Bolsheviks enjoyed support in Petrograd and Moscow, but were far from controlling the whole country. A bitter civil war broke out. The key players were the Red Army organised by the Bolsheviks and the White movement made up of Russia’s political and military forces that opposed them. “Red” referred to the blood of the working class in its struggle against capitalism. “White” was essentially used as a contrast with Red. This war seemed to have a whole palette of colours: independent groups like the Green and the Black armies declared themselves against both the Reds and Whites.

The country was in chaos until 1922, when the Bolsheviks had largely won. When you say “civil war” to a Russian you’re likely to hear a joke or two about Vasily Chapaev. This legendary Red Army commander was immortalised in a hugely popular 1934 Soviet movie “Chapaev” based on a novel of the same name by Dmitry Furmanov. Yet, his fame had a reverse side. To counter official Soviet propaganda, he was transformed into a popular comic character through word-of-mouth. A recent Russian video game even featured Chapaev saving the Galaxy from aliens. 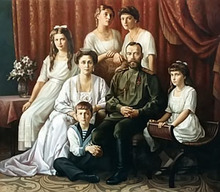 The jokes of course appeared long after the war ended. While it was still raging, it was unprecedented in its savagery, with atrocities committed by both sides. One of the most brutal acts was the killing of the royal family. The Bolsheviks had originally planned to put the former Tsar on trial. Instead, Nicholas II, Empress Alexandra and their five children were shot in the early hours of July 17, 1918 in the basement of Ipatyev House in the city of Yekaterinburg.

The official version had it that the local council proposed a fast execution, fearing they would be freed by the approaching White forces. Yet, Leon Trotsky, one of the revolution’s leaders, wrote that Lenin personally ordered the killing, seeing the royals as a banner for the Whites to rally around. In August 2000 the royal family was canonised by the Russian Orthodox Church. 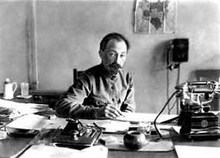 Birth of the KGB

On December 20, 1917 – to protect the newly-born government from political opponents – the Bolsheviks created a secret police. Abbreviated to “Cheka” («ЧК»), or Extraordinary Commission, this forerunner of the KGB unleashed a reign of torture and mass executions on all those seen as enemies of the revolution. The founder of Cheka, Feliks Dzerzhinsky, was nicknamed Iron Feliks for his ruthlessness and devotion to the cause. The agency’s members were called Chekists and commonly wore leather jackets, creating a fashion followed by Western communists.

Although a symbol of terror back then, Cheka became a popular staple in Soviet and Russian culture. Chekist chic was revived by some young Russian designers. In 1995 President Boris Yeltsin established December 20 as the day of the Security Service. It’s commonly referred to as Chekist Day. 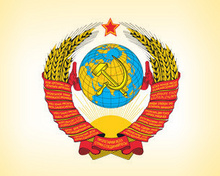 Civil war finally took its toll on the country. The Bolsheviks controlled the economy but Russia was devastated by battles, mass executions and famine. Lenin decided that a partial return to a market economy would help the country rebound. His New Economic Policy or NEP, introduced in 1921, brought a period of relative prosperity and access to Western culture. Exhausted by the war, people embraced jazz, nightclubs and foreign movies. Despite enormous challenges, there was a widespread feeling of optimism and opportunity.

In December 1922, the Union of Soviet Socialist Republics (USSR) was born. Initially, the new nation only had four members: the Russian, Ukrainian, Belarusian and Transcaucasian Soviet republics. Their number shifted over the years, finally settling at 15. Moscow regained its status as capital soon after the revolution, becoming the centre of the new state’s power. From day one the Soviet government was based on the one-party rule of the Communist Party that the Bolsheviks eventually transformed into.