Russian history: Warming up during the Cold War 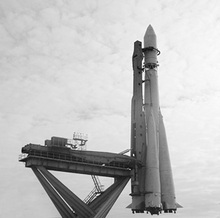 From Great War to Cold War

Despite the unprecedented devastation, the Soviet Union emerged from WW2 as an acknowledged superpower. By the end of the war, “Uncle Joe”, as Stalin was nicknamed by the Western media, had cultivated a productive relationship with the United States. But the wartime alliance didn’t last. In 1946, British Prime Minister Winston Churchill warned of an “iron curtain” as Stalin was turning most of eastern and central Europe into Soviet satellite states.

In 1949 the North Atlantic Treaty Organisation (NATO) was set up – a defence pact where most Western nations pledged to treat an armed attack against one as an assault on all. The same year, the Soviet Union detonated its first atomic bomb, ending the U.S. monopoly on nuclear weaponry and kicking off the arms race. In 1954, the USSR’s bid to join NATO was rejected. Moscow hit back, establishing an Eastern counterpart, dubbed the Warsaw Pact. The struggle for global dominance – known as the Cold War – began. 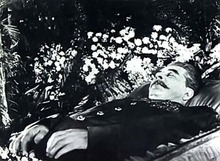 End of a dictator

Meanwhile, at home, life was tough. The Cold War put a huge strain on the economy, political freedoms were further restricted and another wave of purges was carried out. But things were about to change. The man who ruled the USSR for nearly 30 years died on March 5, 1953. Officially, the cause of death was a cerebral haemorrhage, but it was later suggested that Stalin was assassinated.

Across the country, people mourned the passing of the man they knew as the Great Leader who steered them to victory in the Great Patriotic War. But one of history’s bloodiest rulers was taking lives even in death. Stalin’s funeral ended in tragedy. Up to four million people poured into Red Square and the surrounding streets trying to get a glimpse as his body lay in state. The crowds were so dense and chaotic that hundreds either suffocated or were trampled to death.

The number of people killed under Stalin’s regime remains hard to tally. Estimates vary from a low of three million to a high of 60 million. Several recent studies suggest a total of around 20 million people. 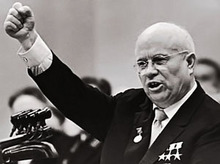 Out of the shadows

Stalin’s policies and legacy didn’t outlive him. In 1956, Stalin’s successor, Nikita Khrushchev, kicked off a campaign of “de-Stalinization”. His speech to a closed session of the Communist Party Congress denouncing Stalin’s dictatorial rule caused a storm. The so-called “Khrushchev’s Thaw” followed – less political controls and censorship, more openness and a rise in living standards. But while championing change, Khrushchev wouldn’t tolerate dissent. He ruthlessly suppressed a 1956 uprising in Hungary against Soviet-imposed policies.

Khrushchev also gave the world the KGB. Established on March 13, 1954, a year after Stalin’s death, the State Security Committee known for its Russian abbreviation KGB («КГБ»), became the USSR’s most outstanding governmental agency and an internationally-known brand name. The KGB’s history ended on April 3, 1995 when President Boris Yeltsin replaced it with the FSB («ФСБ») – the Federal Security Service. 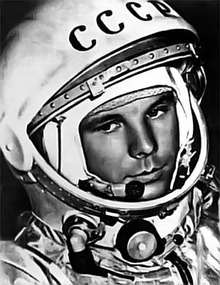 The brains and the brawn

Meanwhile, the USSR was setting scientific and technological records. In 1957 the first artificial satellite, Sputnik 1, was launched. There followed a whole string of firsts: Yuri Gagarin became the first man in space on April 12, 1961; Valentina Tereshkova – the first woman in space two years later; soon after Alexey Leonov completed the first spacewalk.

But Khrushchev also renewed persecutions against the Russian Orthodox Church, publicly promising to show the last remaining priest on Soviet television. In a failed attempt to resolve an agricultural crisis, he ordered the widespread planting of maize, and became known as “kukuruznik” – “the maize enthusiast”, derived from the Russian word for maize – “kukuruza”. His time in office was also marked by a series of high-profile international crises – the shooting down of an American U2 spy-plane over the Soviet Union in 1960, the building of the notorious Berlin Wall in 1961 and the Cuban Missile Crisis in 1962, which brought the world to the brink of nuclear war.

Khrushchev was notorious for his eccentric outbursts. Regarded as intelligent and cunning, but lacking education, he regularly humiliated Soviet political elites with his gaffes. The infamous shoe-banging incident became one of history’s iconic symbols. October 12, 1960 saw perhaps the stormiest United Nations session ever. After the Philippine delegate accused the USSR of imperialism in Eastern Europe, the Soviet leader caused uproar when he pulled off his right shoe and banged it on his desk. He also threatened to show the U.S. a “Kuzka’s mother” (“Kuzkina mat”). A major headache for translators, the mysterious mother of the bizarre Kuzka is actually a famous Russian idiom. Showing somebody a Kuzka’s mother equates roughly with the English “We’ll show you!” Khrushchev apparently deliberately used the phrase to have a laugh at the interpreter’s expense. Another story says that the threat he implied was a very concrete one – a Soviet hydrogen super bomb developed at the time. Because of the incident, the weapon is sometimes referred to as “Kuzka’s mother”.

By 1964, Khrushchev had alienated much of the Soviet elite and was ousted by opponents led by Leonid Brezhnev. He died in 1971. While most Soviet leaders before and after him were buried by the Kremlin Wall, Khrushchev was denied a state funeral and laid to rest at Moscow’s Novodevichy Cemetery.