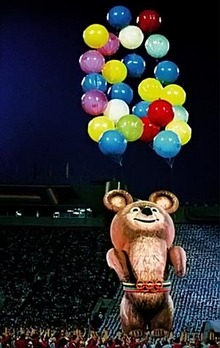 The long rule of the next Soviet leader – Leonid Brezhnev – was dubbed “stagnation”. The country entered a decade-long standstill, its rigid economy slowly weakening and its political climate growing increasingly pessimistic. Bureaucracy, threatened by Khrushchev’s reforms, flourished. Years of neglect, both on the farms and in the factories, led to shortages of food and consumer goods. Soviet citizens had to queue for basic necessities and the standard of living dropped.

On the international arena, Brezhnev was committed to the ongoing struggle with the U.S. In 1968, Soviet tanks rolled into Prague, crushing a brief wave of political liberalisation known as the Prague Spring. In a speech justifying the move, Brezhnev spelled out Moscow’s right to intervene in the affairs of other socialist states. A brief warming-up of relations with the U.S. known as “détente”, began in 1972. But things worsened after the start of the Soviet War in Afghanistan in 1979 and the election the following year of Ronald Reagan, a staunch anti-communist, to the U.S. presidency.

Shortly before Brezhnev’s death, Moscow dazzled the world with arguably the biggest extravaganza of Soviet times: the 1980 Summer Olympics. The last years of his rule were marked by a growing personality cult, widely seen as hollow and cynical. Brezhnev was well known for his weakness for flattery and love affairs with medals – the final count stands at 114. He also wrote poetry and was a great womaniser. Being married for almost sixty years didn’t stop Brezhnev from having numerous conquests. 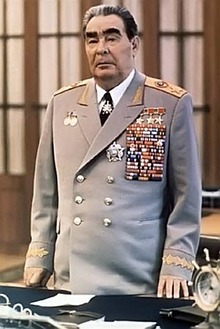 Butt of a zillion jokes

His failing health was a taboo subject for the Soviet press but was obvious at his public appearances. Brezhnev is usually remembered as ailing and mumbling – the target of a zillion Soviet anecdotes. A popular joke said the reason Brezhnev’s speeches ran for hours was because he read not just the original but also the carbon copy. When telling a Brezhnev joke, his lines are said slowly and unintelligibly:

By now everyone’s in shock – was he trying to call them imperialists?

Then, an advisor walks over and points to the speech for Brezhnev.

Still, many Soviet people fondly remembered “stagnation” as the time when the Soviet Union reached unprecedented power, prestige and internal stability. When Brezhnev died in 1982, aged 75, the Soviet Union itself had less than 10 years to live. Brezhnev was succeeded first by KGB’s head Yuri Andropov, and then by Konstantin Chernenko – neither of them lived long enough to implement significant changes. There were so many state funerals between 1982 and 1985 that yet another joke appeared: a man approached Red Square to attend one of the funerals. When stopped and asked if he had a pass, he replied: “Hell, I’ve got a season ticket!”. But soon a new leader would change it all… 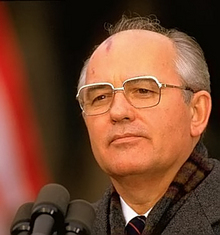 The age of “Gorby”

From humble beginnings in a modest village, he went on to run the Kremlin. He taught the world two new words: “perestroika” and “glasnost”. The last Soviet leader was born into a peasant family on March 2, 1931 in southern Russia. He witnessed the horrors of famine, the arrest of both his grandfathers and the German occupation. But it didn’t dent his belief in socialism. A star at school, he gained a law degree from Moscow State University in 1955 and embarked on a party career. Three decades later, Mikhail Gorbachev made it to the top as General Secretary of the Communist Party of the Soviet Union. For the next six years, “Gorby” would make headlines around the globe.

A ball of verbal energy and charisma, Gorbachev wanted radical change. He started with vodka. His crusade against alcohol abuse saw booze prices rocket and its sale restricted. Drinking in public was banned and drinking scenes were chopped from films. But the war on vodka largely failed. It also dealt a serious blow to the state budget when alcohol production and distribution shifted to the black market. 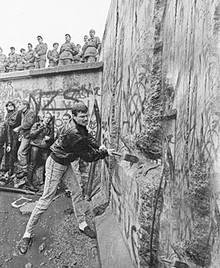 But Gorbachev was determined to shake up the moth-eaten bureaucracy and mouldy economy. His “perestroika” (“restructuring”) allowed private business ownership for the first time in decades, while “glasnost” (“openness”) brought the country’s problems out into the open. Thousands of political prisoners were released. Although a self-proclaimed atheist, Gorbachev also denounced 70 years of religious oppression.

That was at home. Abroad, he decided that the USSR would no longer meddle in the affairs of East European Soviet satellite states. One by one, their governments collapsed in a string of anti-communist revolutions, culminating in the fall of the Berlin Wall in November 1989. The same year, Soviet forces pulled out of Afghanistan, ending a decade-long war. Under his “new thinking”, the arms race with the US took a U-turn. One arms control treaty followed another. For the West he was the man to help end the Cold War, earning him the 1990 Nobel Peace Prize.

But transition to a consumer based economy was painful. The end of the 1980s saw a huge budget deficit and sky-high inflation. Severe shortages of basic food supplies led to the reintroduction of the war-time system of rationing. Endless lines formed outside every store. For its part, “glasnost” lost some credibility right at the start when it was discovered that the government was slow to admit the infamous Chernobyl disaster in April 1986 – the worst nuclear power plant accident in history.