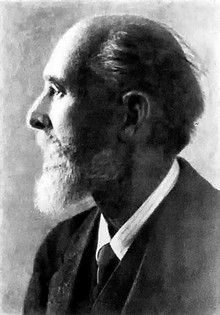 Peter Carl Faberge was a world famous master jeweler and head of the ‘House of Faberge’ in Imperial Russia in the waning days of the Russian Empire. The last official imperial jeweler of the Tsars, gift-maker to the nobility of the world, and extraordinary artist, Faberge’s creations are known world-wide for their extravagance, intricacy and luxuriousness. His art represents the last days of the ultra-rich Russian imperial nobility, a final chapter in its grandeur and lavishness soon to be swept away by World War I and the Bolshevik revolution. Faberge is most famous for the creation of his Easter eggs, specially commissioned as gifts by royalty of the world and unparalleled in their magnificence. Faberge Eggs continue to capture our imaginations, whether in museum collections, or making guest appearances in James Bond films.

Rise of The House of Faberge and the “World of Art”

Peter Carl Faberge (later known as simply Carl) was born in St. Petersburg to the jeweler Gustav Faberge, who eventually moved his family to Dresden, leaving his jewelry business in the trusted hands of family friends. Peter Carl would be educated throughout Europe in the fine art of jewelry, and return to St. Petersburg at the age of 26. He then studied in the House of Faberge under Hiskias Pendin until Pendin’s death in 1882. It was then that Peter Carl was awarded the title of ‘Master Jeweler’ and proceeded to take over the family business. Carl’s work came to the attention of the Tsar during the Pan-Russian exhibition in Moscow that same year, when the Tsar was so impressed by a Faberge replica of gold bracelet from the 4th century BC that he was unable to tell the replica from the original. Praise for the Faberge business was lavish and widespread. Carl, his brother Agathon (also a jeweler in the business), and the House of Faberge were on the map.

Carl Faberge also belonged to an art society in Russia called ‘Mir Iskusstva’ or ‘World of Art’. Members of the ‘World of Art’ sought to distance themselves from the earlier naturalistic influences of the Itinerant aesthetic (a realist movement in Russian art that depicted poor wanderers that included artists such as Ilya Repin and Vasily Surikov), instead focusing their high-standards on creating a new style of expression based on ‘art-nouveau’ aesthetics. Famous members of the society included Aleksandr Benois and Sergey Diaghilev. Carl Faberge was in good company, set to start a revolution in the art of jewelry and enameling. 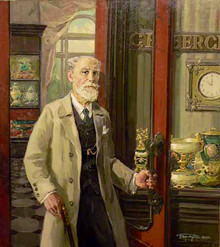 Carl Faberge created the first of his legendary eggs in 1885. It was commissioned by Tsar Alexander III as an Easter gift for his wife Maria. The egg was made of solid gold and covered in smooth white enamel meant to resemble an egg shell. When the egg was opened, there were two surprises inside for the Tsarina. The first was small golden hen with ruby eyes, which in turn opened to reveal a miniature replica of the royal crown as well as a small ruby pendant. Maria and the Tsar were both thrilled with the gift and its surprise, and a tradition was born. Every year an order was placed with the house of Faberge to make at least one new egg. The house of Faberge was also given the title of official imperial jewelers of the Tsar, who proceeded to fund the cost of all the future eggs. The preparation of each egg took about a year, and the nobility placed all it’s all its trust in Faberge and his team of jewelers. The only condition placed upon the jewelers was that each egg should contain some sort of surprise, but the surprise itself was left up to the jewelers’ imagination. As the years went by, the eggs became more and more elaborate, typically covered in diamonds, silver, gold, rubies, emeralds; every sort of precious material known to man. As the renown of the eggs grew, orders for eggs came not only from the imperial court, but from the nobility of Europe as well. A total of 71 eggs are known to have been created by the House of Faberge, but only 62 are known to have survived the tumultuous events of history and exist today. The latest Faberge Egg to be sold at auction was one of the most expensive ever produced; the ‘Rothschild Egg’ sold for £ 8.9 million at Christie’s in 2007.

The Bolshevik Revolution and the End of the House of Faberge

With the Bolshevik Revolution following on the heels of World War I, the house of Faberge was nationalized in 1917 and all its famous creations and treasures repossessed by the new Bolshevik Government. Faberge and his family fled Russia, leaving on the last diplomatic train to Riga. From Riga, the family would continue to travel across Europe with the Revolution on their heels until they were reunited in Switzerland in 1920. The Revolution, however, had taken its toll on the great master; Carl Faberge died in Switzerland that same year. The Soviet attitude towards Faberge’s creations was one of disgust, as they viewed the eggs as reminders of the decadent lifestyle of the Tsars. As a result, many of the eggs that were confiscated were eventually sold at auction by the new government to the highest bidder in return for hard currency. Faberge’s legacy remains scattered across the globe to this day. There are currently many companies bearing the name ‘Faberge’, offshoots of the once powerful and grand ‘House of Faberge’, but none will ever recapture the glory or the fame of the original, once the most sought after and prized jeweler in Europe.