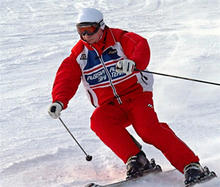 Who is Mr. Putin?

Peter the Great is the historical figure he most admires. His signature judo move is a sweeping hip throw. He relaxes by listening to Tchaikovsky. After his eight years in power, that much is known about Vladimir Putin. But when he first burst onto Russia’s political scene, for many, Putin was very much a mystery.

Vladimir Putin was born in Leningrad (now St. Petersburg) on October 7, 1952, the only surviving son of factory workers. The family’s only claim to fame came from Putin’s paternal grandfather who cooked for Lenin and Stalin. As a boy, he dreamed of becoming a spy and soon took up sambo – Soviet-era blend of judo and wrestling – and later just judo. He studied law at Leningrad State University and after his graduation joined the KGB. 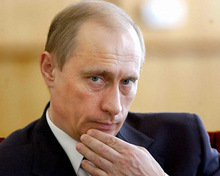 From spy to Kremlin golden boy

By the mid-1980s Putin had been sent to East Germany, working undercover in Dresden. But when the Berlin Wall came down in 1989, his assignment also ended. He returned to Leningrad and in August 1991, during the KGB-supported failed coup against Gorbachev, quit the security services altogether.

Putin’s big break came with the help of Anatoly Sobchak, Leningrad’s liberal mayor. The two men knew each other from Putin’s days at university, where Sobchak had lectured. Putin quickly rose as the mayor’s right-hand man. In 1996, however, plagued by allegations of corruption, his patron lost a bitter re-election battle. Putin and his family migrated to Moscow… and his career went meteoric.

Putin landed a job in Boris Yeltsin’s administration and within two years was heading the KGB’s successor, the Federal Security Service (FSB). Then, in August 1999, Putin was named prime minister, Yeltsin’s fifth in 17 months. But this one was here to stay. On the last day of the year he took over as acting President. Three months later, Yeltsin’s protégé won the presidential ballot. After four years in power, a landslide victory kept him in office for another term. 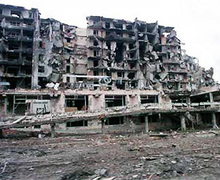 The new prime minister boosted his popularity ahead of the election with a massive crackdown in the Caucasus. He crushed a Chechen rebel attack in the republic of Dagestan, forging his public image as a tough leader. Putin stepped up Russia’s invasion of the breakaway republic of Chechnya, promising to grind down the militants. Moscow largely reassumed control but deadly attacks by Chechen terrorists rocked Russia. A hostage crisis in a crowded Moscow theatre in 2002 and a massacre in a school in Beslan, North Ossetia, in September 2004 made headlines around the globe. Yet, despite the atrocities and claims of human rights abuse in Chechnya, many Russians praised Putin for drawing the line in the south. 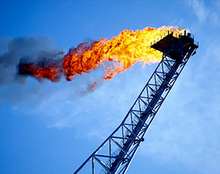 Russia went on to reinvent itself as an energy-superpower, a pushy global player and a keen referee in the Middle East. Putin has restored stability – something the country’s hardly seen for the past century – and a sense of pride among people tired of crises. At home, living standards have been boosted and ambitious social programmes set up. Abroad, Russia called the shots without seeking the nod of approval from the West. Putin strongly opposed the US invasion of Iraq, condemned NATO’s expansion and slammed Washington’s plans for an anti-missile defence shield in Poland and the Czech Republic. Moscow also moved to assert its position on the post-Soviet space. Putin declared Russia’s ties with the other CIS members a priority, but the relationship is driven by sound pragmatism as Moscow imposed market-level energy prices for its ex-Soviet neighbours. 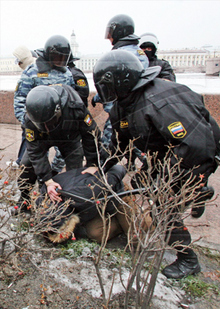 But many argue stability and power have come at a cost. Critics have accused Putin of trading in freedom for security as he tightened the grip on the media and muted the opposition. In October 2006 the murder of Anna Politkovskaya – the award-winning journalist and harsh critic of the Kremlin, drew widespread condemnation. Her death was widely seen in the West as a blow to freedom of speech in Russia.

The end of 2006 also brought strained relations with Britain after the London poisoning of former security officer turned foe of Putin, Alexander Litvinenko. He had claimed Putin personally ordered the killing of Politkovskaya. After his own death, a statement was released accusing the Russian President of orchestrating his murder. Russia didn’t hand over the key suspect, Andrei Lugovoy, saying the constitution doesn’t allow a citizen to be extradited, thus sparking a bitter diplomatic row with London.

Still, during Putin’s eight years in power, his popularity ratings have routinely stayed at around 70 per cent. By and large, the Russians credit him with getting the country back on its feet and reviving the great Russia – an “extraordinary feat of leadership” that made Vladimir Putin Time’s 2007 Person of the Year. In December 2007, the Putin-backed United Russia Party won the parliamentary election. The victory was seen by many as a demonstration of strong support for the Russian leadership and its policies.

Required to step down by the constitution, Putin proved he is far from done yet. In the run-up to the presidential election on March 2, 2008 he supported First Deputy Prime Minister and gas giant Gazprom’s chairman Dmitry Medvedev as his preferred successor and agreed to head the government as prime minister if Medvedev won.

The 2008 poll had the lowest number of candidates for a presidential election in modern Russian history. Some observers said the citizens had little real choice as the election’s outcome was expected well in advance, with Dmitry Medvedev a clear favourite. The campaign was described as lacking zest as the poll leader didn’t take part in the TV debates. Medvedev won a landslide victory with over 70 per cent of the vote.