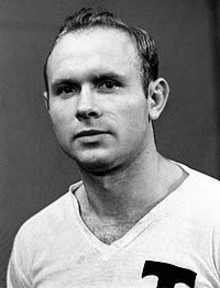 In the game of soccer, some writers and journalists called him the “Russian Pele”. Was he better than Pele? In some ways, maybe; he could score a goal from anywhere on the soccer field no matter how tough the defense of the opposing team was. Some soccer personalities say that Streltsov could have become a brighter star than Pele had he been given the chance to play in 1958. The universal truth of football says that there are always lots of talented players who do not win titles – so why was Streltsov special?

The rise of the young star

Eduard Streltsov was born in Perovo on the outskirts of Moscow on July 21, 1937. His father was a carpenter and his mother worked at a nursery. The family broke up soon after Eduard was born, living from hand to mouth as his mother was constantly suffering from heart problems. However, that did not stop Eduard from revealing his soccer talent. At the age of 13 he joined the “Frezer” soccer team comprised of players that worked at a factory that produced milling cutter devices. Many of his teammates were stunned to see the youngster in shabby clothes with a wooden suitcase turn up to practice. Soon afterwards, he became one of the team’s key strikers.

Three and a half years later, the authorities of the ZIL automobile plant (famous for its trucks and limos) signed the 16 year old striker for their “Torpedo” team that played in the USSR’s top football league.

In 1955 Streltsov made his debut on the USSR national team. He made his first “hat trick” by scoring three goals during a friendly game with Sweden in Stockholm, contributing to the 6-0 Soviet victory.

Olympic champion without a medal 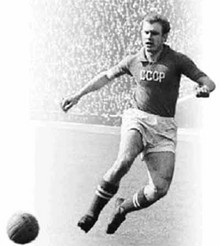 The next year in 1956, Streltsov played for the national team during the Olympic Games in Melbourne, Australia. In the semifinals he made a crucial equalizer goal against Bulgaria. Four minutes later Boris Tatushin sealed the road to the finals for the Soviet squad. Streltsov did not play in the finals though; the coaches of the national team decided to have equal representation from the top clubs in the league: it would have been an offence for the Army team to have less representation on the national squad. The USSR won 1-0 and became Olympic champions.

Streltsov was also awarded the title of champion, but not the medal; they were given only to the participants of the final game.

In 1957, soccer fans all over the Soviet Union were able to witness “Streltsov’s 100 days”. From July 21st until October 26th he managed to score 22 goals for “Torpedo”. The squad placed second in the league. At the end of the season, Eduard was ranked the number 7 player in Europe by the French media. Many admired his fine touch and extraordinary football intelligence. The bosses of the winning side Dynamo Moscow (a club that was traditionally controlled by the police and security services of the USSR) offered him the chance to join their team. Eduard refused. He didn’t know at that time that he would have to pay a high price for his loyalty.

Before one game for the Soviet squad, Streltsov sustained a light injury. Nevertheless, he asked the team’s doctor Oleg Belakovsky to do everything possible for him to stay in the game. The next day Streltsov, managed to score a goal. Right after the game the senior coach of the USSR team Gavriil Kachalin said to Eduard: “Guys with two healthy legs can’t play the way you did with one”. Grigory Fedotov, Eduard’s idol during his school years, once told the talented soccer player: “You know, I also used to play well but not the way you do…”

Jail instead of the World Cup 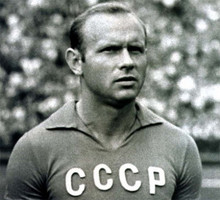 In May, 1958, the whole country was waiting for the World Cup in Sweden. Fans hoped that a 20-year-old Streltsov would be the star of the tournament along with the promising youngster Pele from Brazil. It seemed to everyone that Eduard would soon have the whole world at his feet.

After one training session, Streltsov and his teammates Boris Tatushin and Mikhail Ogonkov went to a party at a dacha belonging to Eduard Karakhanov, a military officer who had just returned from a tour in the Far East. There were some girls invited. After having a nice time out on the beach and having lots of vodka, Streltsov was seen leaving with 20-year-old Marina Lebedeva, whom he had just met. The following morning he was arrested on rape charges.

According to the football experts, Streltsov confessed, apparently after the police promised him that he would be allowed to play in the World Cup. When Nikita Khrushchev, the head of the Communist Party at the time, heard about the affair he immediately ordered Streltsov sent to jail. The police and the KGB  were set against the player who refused to join their Dynamo club earlier. He was sentenced to 12 years in prison, though he was never proven guilty. The Soviet team without Streltsov at the World Cup lost to Brazil 0-2 and barely made it to the quarterfinals where they were defeated by the host Sweden, 0-2.

Many say Streltsov was set up. Others say that the incident was a result of Streltsov’s refusal to marry the daughter of Ekaterina Furtseva, the Minister of Culture at that time. Eduard was sent to a forest prison camp 600 miles to the northeast of Moscow. He was lucky that the warden was a football fan. Thanks to Streltsov, his prison camp team was the football champion in that area.

Return to the field 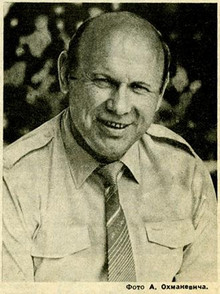 Despite problems with his health (especially his kidneys), he returned to “Torpedo” in 1963 after his release. By that time the team had become the USSR champion. He managed to pick up most of the skills he had lost. But the Communist Party firmly banned him from participating in the 1966 World Cup, where the USSR ended up in the semifinals. The explanation was simple: according to their logic, a former prisoner had no right to play for the national team. In 1967 and 1968 he was named Soviet Player of the Year. It was at that was the time he was finally included in the Soviet squad to play against the World Champions England at Wembley. That game ended in a 2-2 draw. Streltsov was one of the best on the field. He often confessed in his interviews that the pitch at the London stadium was “the best he’s ever seen”.

Streltsov retired in 1970. However, he soon realized that the everyday life without soccer was a waste of time, and so Eduard became a coach on the “Torpedo” children teams and played for the USSR veterans’ squad. But even in the 1970’s, fathers all over the country rushed to the stadium with their children to show their children what a great man Eduard was. The author of this article saw three goals from the veteran Streltsov from the middle of the field – a rare spectacle even in modern football.

Streltsov died from throat cancer in 1990. He is buried at the “writers’ corner” in Vagankovskoye cemetery in Moscow. With his passing also went the last chance to actually reveal the truth of what exactly happened back in 1958.  The alleged victim, Marina Lebedeva, was spotted at Streltsov's grave in 1997, laying flowers the day after the annual ceremony on the anniversary of his death.

In 1999, “Torpedo” built a monument to Eduard Streltsov right at the entrance to the stadium that bears his name, the name of one of the greatest footballers of the 20th century.

Even the International Football Federation (FIFA) included Eduard Streltsov on their list of the top 50 football players of the 20th century, forever securing his place in football history.