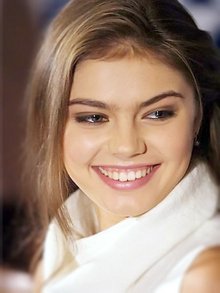 She is renowned for her impressive natural flexibility and agility. Her popularity is also, at least to some extent, due to her agreeable personality and pleasant looks.

But she is not just a pretty gymnast – Kabayeva has recently become involved in politics and is studying for a second degree. She says that she owes her time management skills to her mother.

Born in Uzbekistan's capital Tashkent, Kabayeva displayed incredible gymnastic talent from a very young age. Her mother – a basketball player – wanted her daughter to practice artistic sports. However, her first choice – ice skating – was not easily available in Uzbekistan's warm climate. So the family's choice fell on rhythmic gymnastics.

Unlike many children, the future rhythmic star did not have to be forced to train. By the time Alina was 12, her mother made the decision that her daughter's full potential could 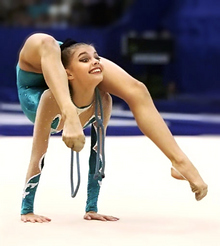 not be unleashed if she remained in Uzbekistan.

Some of Alina's coaches considered her to be too heavy and too ugly to be a rhythmic gymnast. Some even called her “a TV set with feet”, referring to her broad chest and not very slender legs.

Her mother, however, would have none of it. And in 1995 she made the decision to move to Moscow – a trip which in those turbulent times could prove to be both unworthwhile and dangerous.

However the risk was justified. Irina Viner  – the Russian head coach in rhythmic gymnastics – was immediately taken by the young Kabayeva.

“I could not believe my eyes when I first saw her,” recalled the coach.

The gymnast was accepted onto the training team, but Viner put forward one condition: the girl had to lose weight. In 1996, just a year after beginning her training with the head coach, Kabayeva became a member of the Russian national team.

Despite being very much an outsider, the 15-year-old gymnast stole the show and won the gold medal at the 1998 European Championships in Portugal. Her victory was an international surprise since she was the youngest member of the Russian squad. 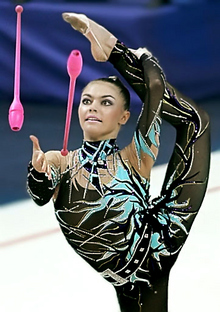 What followed was an avalanche of success: by the 2000 Sydney Olympics she was considered a champion all around. But at a crucial Olympic performance, the hoop slipped out of her hands, together with a much-anticipated victory. Kabayeva took the bronze.

Many considered it to be a huge blow to the gymnast's career and a mistake which would affect her future chances of success.

However, the gymnast herself considered what happened in Sydney as pennies from heaven – first and foremost it meant that she would keep participating in international competitions. As she says in her autobiography on her official website:

“First of all, I could continue advancing towards new victories which were important for me. Secondly, the defeat made me stop and think that you should not be self-assured or over-confident in your victory. Sure, you have to work, strive towards your goal, but always remember that not everything in this life depends on you”.

This was a valuable lesson and it helped her surpass the hardships of the next few years. In 2001 she won the gold for Ball, Clubs and Rope, and silver in the Individual All-Around and Hoop at the Goodwill Games in Australia.

However, Kabayeva – together with her teammate Irina Tchashchina – tested positive for a banned diuretic substance and was stripped of her medals.

Viner argued that the gymnasts had been taking a food supplement which contained mild diuretics, but no banned substances. When the supply ran short, the team physiotherapist allegedly restocked at a local pharmacy. However, the Rhythmic Gymnastics Technical Committee nullified the athletes' results and banned them from competing for a year.

She made a speedy return, however, taking the gold first in the 2003 world championships and, finally, the much-awaited Olympic gold in Athens in 2004.

Despite her success, her career was dogged by a knee injury, which saw her shift her focus to the political arena – she became involved with the United Russia party.

Apart from being an impressively successful gymnast and an attractive woman, Kabayeva is also an active public figure. After joining the United Russia party in 2001, her political career saw a steep ascent.

Aged 25, she is now not only a State Duma Deputy, but also the deputy head of the State Duma's youth commission. She has organised several successful projects, such as setting up an examination hotline for Russian school finalists.

She is also the holder of several prestigious government awards, such as the “Order of Friendship” and the “Order of Merit for Country” of the VI Degree. 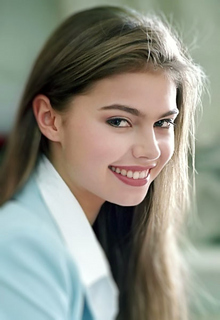 Irina Tchashchina  and Svetlana Khorkina followed suit, inspired by the artistic merit and lack of obscenity in Kabayeva’s frank photos.

She has two degrees – one from the Moscow State University of Service and another from the St. Petersburg University of Sports. She says that combining sports, politics and education was never a problem for her.

Aside from her vibrant career, she has a number of interests. She admits to a fondness for the theatre and ballet. She also enjoys everything Japanese and loves reading.