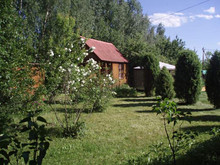 How it all began

The word “dacha” originated in the 17th century from the verb “davat’” (to give), in reference to plots of land distributed by the Tsar.

At the beginning of the 18th century during the reign of Peter the Great dachas became popular as summer holiday retreats. The nobility used their dachas for social and cultural gatherings, including masquerade balls and fireworks displays.

By the end of the 19th century, a house in the country was one of the necessary possessions of the rich as well as the middle class. Russian poets and playwrights (including Alexander Pushkin and Anton Chekhov) mentioned dachas in their works. Summer homes in beautifully adorned areas became a “place-to-be” for many Russian artists. Many types of goods were specially manufactured for dacha use – from lady’s accessories such as fans and hat to furniture items and even toilets.

At the beginning of the 20th century Maxim Gorky published a play entitled “Summerfolk” (in Russian – “Dachniki”). The author and political activist (who later became a leading socialist writer) critically portrayed dacha dwellers and their guests. He wanted to show that these educated folk knew nothing about the needs and troubles of ordinary people. Thirteen years after the work 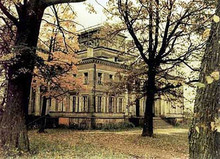 was published the 1917 Russian Revolution deprived most owners of their dachas. some of which were turned into the “holiday homes” for workers.

Zero point zero six of a hectare – dachas for everyone

Many foreigners can’t help wondering why Muscovites spend so much time in huge traffic jams on Friday and Sunday evenings from April to November (in the South of Russia – from March to December). The answer is simple - residents want to get out of the city right after work to spend as much time as possible at their dachas. For many generations these small summer homes have been a multi-functional phenomenon. Some people grow vegetables here to sell. Others grow the food to live on. There are also people who spend their holidays at their dachas. This way of leisure was popular in Soviet times and is making a comeback today with the global financial crisis cutting into many people’s savings.

How did this “nationwide passion” start?

In the middle of the 1950s, as the country healed from the devastation and hunger caused by World War II, people began to think about small plots of land in the country. For some it was not just a weekend getaway. A dacha with a small plot of land let people save their tiny incomes. Here they could plant their own vegetables. They stored potatoes in cellars, pickled cucumbers and made jams out of apples and pears in order to have some food reserves to last through the cold Russian winter.

The state played a big part in the process. There were many regulations at the local level. The biggest issue was the size of the allotment. In many regions plots did not exceed 0.06 hectares (in Russian – shest’ sotok). This figure was thoroughly calculated by the bureaucrats. A plot this size was too small for most people to live on permanently; authorities needed to keep workers in the big cities and were not interested in the restoration of private farming on a wider scale. The concession of the “zero point zero six of a hectare” was necessary because the country could not provide its people with enough food. As a result many dacha settlements sprang up with small houses standing right next to each another.

A typical plot of land was surrounded by berry trees and shrubs. There was a small house (in many cases - with no conveniences at all) and a hut for storing garden tools. Around the house there were rows of plants and vegetables. In the areas around Moscow potatoes, tomatoes, and cucumbers were the main crops. However, the owners’ fantasies about what to plant knew no boundaries. A row of strawberries became “a must” for many (strawberries usually ripen faster than everything else). In the south beans and even melons were grown, while in Siberia many dacha lovers liked to plant sakura (Japanese cherries). At the beginning of the 1960s the number of fruit trees that could be planted was heavily regulated by the rules of the dacha settlement. The aim of this measure was to make the area visually pleasing. Later all these quotas were lifted. The same was true for the size of the plot – if you wanted a bigger plot you could simply buy your neighbor’s land or find another plot somewhere else.

In the 1980s, due to the shortage of goods in stores, farming at dachas became a massive phenomenon. For some it was more necessity then pleasure, as modern farming tools were not readily available. But others took their dacha trials as a hobby. They took pride in inventing something unique for their flowers and vegetables, such as greenhouses or unique water-spraying devices. Still others tried to think of ways to fertilize the ground not just with manure, but other additives. Many unnecessary items from city apartments could easily be turned into useful gadgets for the dacha. For example, if you had too many empty cola bottles you could cut them in half and use the bottom part to protect young plants from cold spring nights.

The harvest was a special pride for many people – some sold their produce, while others gave it away to their neighbors and friends. It was common to share the seeds of rare plants with others. Real fans think about their dacha all year long. In winter they plant tomato, cucumber, pepper and eggplant seeds in small pots that they keep on the window sills of their apartments - and at the beginning of May they re-plant them at their dachas. 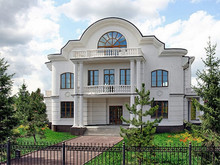 Many dacha lovers chose to live on their plots of land. They built good houses with all the necessary facilities, including heating and electrical systems. Having a banya (a small bath house) at your dacha is not a luxury any more. At the beginning of 1990s some Russian “nouveau riches” made “fortresses” out of their dachas. A few even bred exotic animals - like iguanas and crocodiles.

In the middle of the 1990s many residents of big cities reinstated the 19th century concept of the dacha as a place for recreation and not for gardening (many Muscovites ignored gardening even during the Soviet years). This created an opportunity for people in villages to rent their dachas to well-off city-dwellers. Today there are thousands of web pages offering dachas of various sizes and comfort for rent.

“The residence of the Soviet official”

This was the definition of the word given by the Merriam Webster Dictionary in the 1950s. It would have been more precise if it had stated “one of the residences.” Dachas played a very important role in the lives of the leaders of the USSR and the Russian Federation. Vladimir Lenin used his Gorki residence (about 20 miles southeast of Moscow) to write works about the political and economic future of the country. His last words and thoughts were never put into reality, however. He died in his enormous dacha in January 1924.

Joseph Stalin’s favorite Moscow dacha was called Blizhnyaya (Russian for “the closest”). It was located on the western outskirts of the capital. Here many important meetings and ceremonial banquets took place. In 1941, after Germany attacked the Soviet Union, an exact copy of this dacha was built thousands of miles away in the city of Kuibyshev (now Samara). The government was to be evacuated here in case of Moscow’s surrender to the enemy. Stalin also had dachas on the Black Sea and in his native Georgia.

Nikita Khruschev spent his last days in the position of the General Secretary of the Communist Party of the USSR at his dacha in Pitsunda on the Black Sea (now the Republic of Abkhazia) - right up until the moment he was stripped of his duties in October 1964.

His successor, Leonid Brezhnev, used different dachas for different purposes. In his huge Black Sea dacha in the Crimean Peninsula (now Ukraine) he gave a hospitable welcome to his foreign guests (leaders of Eastern European countries and top Communist Party officials from all over the world). But if he felt like hunting he invited the country’s leadership to his forest residence in Zavidovo, 100 miles northwest of Moscow.

In 1991 hard-line Communist Party members decided to strip Soviet President Mikhail Gorbachev of his powers while he was vacationing at his Crimean dacha – he was trying to rest before signing of the new Union Treaty within the USSR. Gorbachev later returned to Moscow with the supporters of the new Russian President Boris Yeltsin. These events led to the dissolution of the USSR.

The current President of the Russian Federation has three official dachas – in Zavidovo, in Novo-Ogaryovo (10 miles west of Moscow) and at the summer retreat of Bocharov Ruchei in Sochi. Most new state dachas are constructed out of brick and concrete. The plots have plenty of greenery and places to relax (pools, baths, fitness rooms). There are also facilities for meetings, press conferences and state visits and many important decisions have been made during these talks in the open air. Among recent visitors to Dmitry Medvedev’s Novo-Ogaryovo dacha is US President Barack Obama.

Throughout Russian history, dachas were also “recognition” items, given as awards to prominent writers, poets, musicians, composers, scientists, top-ranking generals and the like. They symbolized the person’s high status. In most cases services and maintenance – sometimes even meals –were provided by the state. Granting dachas was also a good form of control. As soon as the person fell out of favor, his or her dacha was the first item to be taken away.

By the end of the1990s, most people had the opportunity to privatize their dachas if they wished. Those in high places did their best to keep their summer homes - in most cases they negotiated a lower price with officials.

Some researchers say that for many Russians the dacha is a way of “returning to paradise lost” - a source of temporary harmony away from the hustle and bustle of the big city.