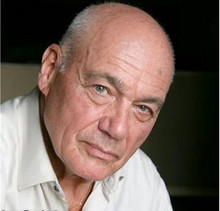 Vladimir Pozner is a legendary Russian journalist, famous for literally bridging the US and the Soviet Union in the years of the Cold War.

Vladimir Pozner was born in Paris. His mother, Géraldine Lutten, came from an aristocratic French family. His father was a Russian-Jewish USSR emigrant, who worked as a sound assistant at the French branch of Metro Goldwin Mayer film studio. They were not married, and broke up when their son was only three months old. Lutten took the child, moved to New York and spent five years working as a cutter at Paramount Studios before her ex-boyfriend came for her. They reconciled and returned to Paris as a family, but had to return back to the USA in 1940, when Hitler's forces reached the country.

Though an immigrant, Vladimir Pozner Sr. was, at the same time, a patriot of the Soviet Union, a country he left as a child and hardly remembered. In 1943, when he was working in the cinema section of the US military department, he was recruited by the USSR intelligence service. He was convinced that spying for his faraway motherland was a way of paying off his debt to it.

In 1946, Winston Churchill made his Sinews of Peace speech, inciting the start of the Cold War. For the Pozner family this meant regular visits by FBI agents and a loss of friends. Pozner Sr. was fired. Géraldine had a nervous breakdown. The future famous journalist was coming home from school covered in bruises: the other kids made a contribution to the fight against the “red peril”. The Pozners tried to leave for France again, but someone reported to the French Foreign Office about Pozner Sr. being a Soviet spy and he could not get a visa. Géraldine could take the kids (Vladimir and his brother Pavel, born 1945) and move to France by herself, but she did not want to.

Unexpectedly, working for the Soviets paid for itself: the USSR government invited Pozner Sr. to the Soviet part of Berlin and offered him a job at the organization responsible for the export of the Soviet movies.

Back in the USSR 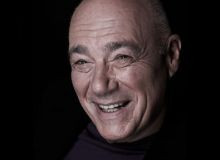 In 1948, the Pozners arrived in the German Democratic Republic (East Germany). It was difficult for Vladimir Jr. to get adjusted in Berlin: he had strong prejudice against Germans, because he had witnessed the occupation of Paris. While he was finishing high school, his father kept seeking for a USSR visa, but the ambassador denied it again and again. The ambassador knew that all the emigrants who came back to the Soviet Union were immediately sent to concentration camps, but had no right to tell this either to the Pozners or to any of their fellows in misery.

In 1953, Stalin died, and the Pozner family finally got an opportunity to cross the Soviet border without being arrested. In An interview with Ukrainian Facty newspaper in February 2012, Vladimir Pozner said his father had never believed in the repressions and GULAG, even when the horrifying truth about them was revealed by Nikita Khrushchev. For him, the Soviet Union remained the land of his dreams.

The Pozners settled in Moscow, and Vladimir Pozner entered the Biology Department at Moscow State University. Later he said that his Jewish roots appeared to be an obstacle on his way to higher education: at the entrance exams he scored 24 points out of 25 possible, but still became a student only thanks to his father's good connections.

In 1958, Pozner graduated with a degree in human physiology. The interest for biology seemed to wither over the years of studying: after the institute Pozner worked as a scientific translator. In his spare time he made translations of English poetry. This hobby drew attention of the well-known Russian poet and translator Samuil Marshak, and in 1959 Pozner became Marshak's secretary. 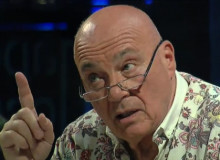 In 1957, Posner married for the first time. His wife, Valentina Chemberdzhi, was a philologist and a translator. Together they translated and published the book Woody Guthrie. Bound for Glory, the autobiography of the USA folk singer.

In 1961, Pozner was employed by the News press agency, which, according to its policy, "spread abroad truthful information about the USSR and acquainted Soviet society with life in other countries." He became a senior editor of USSR magazine, which was sold in foreign states due to the cross-cultural agreements. There was no blatant propaganda or lies on its pages, but it described only the bright sides of Soviet life.

In 1969, Pozner remarried. His new wife, Ekaterina Orlova, was a journalist.

In 1970, Pozner got a job in the State Television and Radio Committee. He became a chief commentator for the North American and British service of the Moscow Radio network and a host of the propaganda radio program Voice of Moscow. He often appeared at the Ray Briem’s talk show on KABC, Los-Angeles.

In 1980, Pozner covered the Moscow Olympics and was decorated with the Medal of Honor For Labor Valor for that.

As communication technology developed, in the late 1970s, Pozner began to appear on US TV shows, such as Nightlife on ABC and The Phil Donahue Show as a voice explaining the actions of the Soviet government. He explained and rationalized such controversial measures as the Soviet invasion of Afghanistan and the exile of the human rights activist Andrey Sakharov.

No Sex in the Soviet Union

In 1985, Mikhail Gorbachev came to power and the wind of change began to blow through the cracks in the iron curtain. One of the first signs of the upcoming perestroika was a "spacebridge", a televised discussion between people of Leningrad and Seattle, called Citizens' Summit, initiated by the USSR. The hosts were Vladimir Pozner and Phil Donahue. Donahue agreed to participate only if nothing in the program was censored, and the Soviet side promised him this. 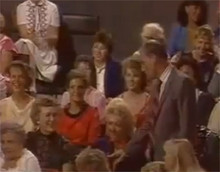 That very moment, when a blonde lady at the programme says, there is no sex in the USSR

The idea of the program was to let ordinary Americans talk to ordinary Soviets. The KGB, not so powerful in those days, attempted to interfere and make the producers invite "reliable” people, but the producers refused to destroy the project.

The discussion took place on December 29, 1985. It began as a fight: Donahue asked questions, shocking for the opponents, and played aggression towards them. It was hard for a Soviet engineer, or a locksmith, or a housewife to answer a question about Sakharov’s exile or to explain why Soviet Jews had no right to go abroad. In addition, some protestors surrounded the US studio, trying to break in and shouting obscenities and slogans about Soviet propaganda. The discussion nearly failed but, according to Pozner, a fisherman from Seattle saved the day. "What are we doing?” he asked. “It’s exactly what those men above want us to do: we are fighting!”

These words changed the mood of the program, and soon it appeared that there were no communist zombies and no capitalist vultures on either side of the screen: just men and women.

The world-famous catchphrase “There’s no sex in the Soviet Union” was uttered during this program: a concerned woman from Seattle asked about sex and violence on Soviet television, and this was the beginning of the answer. The second half of the phrase, “...on TV", was drowned out by laughter and applause.

The second spacebridge, Leningrad – Boston this time, took place in 1986. Its topic was Women Talk to Women. There was a third in 1987. Thanks to the incredible success of these programs, Pozner got the position of political observer on State Central TV.

From 1991–96 Pozner lived in the USA. Together with Phil Donahue, he hosted the Pozner and Donahue show on CNBC. At the same time, he regularly flew back to Moscow to work on the shows We, If…, The Masked Person and Time and Us. While in the USA, he published two autobiographical books: Parting with Illusions and Eyewitness: A Personal Account of the Unraveling of the Soviet Union. In 1994, he was elected president of the Russian Academy of Television, and remained in this position till 2008. 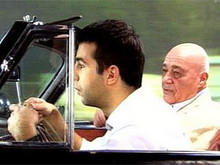 In 1997, Pozner returned to Moscow. He hosted many TV and radio shows. Among the most notable is a series of TV-programs One-Storied America, a documentary about the USA in the 1930s, aired in 2008. In 2010, he returned to the travel documentary genre and created Tour de France, about contemporary France. In 2011 the TV audience could see his similar program about Italy.

Nowadays, Pozner often appears as a guest on different TV and radio talk-shows. He also supports views which could have got him jail time in the USSR: for example, he promotes the legalization of marijuana.