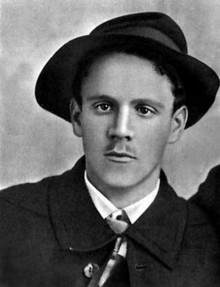 Marshak was a successful poet, translator, political satirist, state propagandist, magazine editor and author of children's books. Moreover, he was the founder of the state children's publishing house, and in his moving depiction of pre-revolutionary Jewish life in his memoirs he established himself as “a link in the chain of many generations of Russian Jewry.”

Everyone in Russia, child and adult alike, knows and loves Samuil Marshak’s poem “What an Absent-Minded Man". Marshak and his wife worked with Jewish refugee children in Voronezh after returning to Russia in 1914. This was his first experience working with children. In the summer of 1917 he and a group of enthusiasts organized Children's Town, which included a children's theater, library and studios. For that theater he wrote plays later collected in a book. To take the edge of the death of his young daughter Marshak plunged into writing children’s literature. From writing children's fiction he moved on to writing poetry for children.

Only a few months after the October Revolution of 1917, the first demands were made that children's literature be put in the service of communist ideology. New publishing houses and journals had to be founded to replace the old bourgeois ones and a new body of writers was needed. In the first attempts to create new children's literature, a significant role was played by Maxim Gorky. Gorky was also the main editor of the first Soviet children's journal.

In 1917 the Marshaks moved to Ekaterinodar (now Krasnodar), where Samuil headed the regional section of orphanages. After the Bolsheviks captured the town Marshak co-organized the first Soviet children’s theater with Elena Vasilyeva. The family moved to Petrograd (now St. Petersburg) in 1922 to join the new Theater for Young Spectators. Starting in 1922 he worked with the Rainbow publishing house where he published “Kids in a Cage,” “Fire,” “Blue Bird,” ”Circus,” “Luggage” and “Such an Absent-Minded Man,” which became very popular. In 1925 he became head of the children’s literature section of the State Publishing House in Leningrad. He also edited several children’s magazines.

When Rainbow published its first books in 1923, it marked the beginning of a decade that can be called the Golden Age of Soviet Russian children's literature. The central figure, both as poet and organizer, was Samuil Marshak. It was he who recruited authors of children's literature, gathering a large group of talented young Leningrad writers and artists around the Rainbow publishing house and the journal The New Robinson.


Paradoxically, the first rhymes Soviet children learned were English songs translated by the children’s poet Samuil Marshak. The collections of small rhymes by Samuil Marshak, including “Kids in a Cage” and “The House that Jack Built” first saw the light in 1923 and generations of Soviets grew up with these rhymes without having the slightest idea of their non-Russian origin. Now the time has come for young readers in Britain to admire the timeless children’s poetry by Samuil Marshak in English. Not many people know that the beloved charming story about a little girl who sees all twelve months of the year at once is a retelling of a traditional Czech folk tale by Samuil Marshak. Written in a light and witty vein, “Twelve Months” portrays twelve wise and just rulers of nature, and two girls of opposite type, the virtuous one, who they help, and the naughty one, who they punish. The play was awarded a Stalin Prize in 1946.

William Wordsworth (1770-1850), “the greatest English poet since Milton” and one whose “historical influence on language, ideas, and manners has been immense,” according to the respected scholar of English Romanticism, Carl Woodring, “has been translated to little effect... relative to a Dante, a Shakespeare, or a Dostoevsky.” One of the relatively few translators of Wordsworth has been Samuil Marshak. One of the projects Marshak undertook as poet-translator involved four of the five short lyrics by Wordsworth that posterity has brought together under the rubric of the “Lucy” poems. The “Lucy” poems are in fact “lyrical ballads,” each tells a verse story and presents it dramatically. Marshak also translated from Yiddish, including the work of Itsik Fefer, Shmuel Halkin, Dovid Hofshtein and Leyb Kvitko.