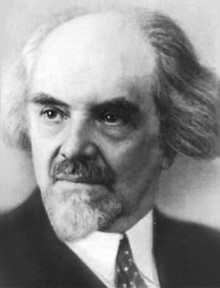 Nikolay Berdyaev was a Russian religious and political philosopher.

Berdyaev was born in Kiev into an aristocratic family. He was homeschooled as a child and at the age of ten was accepted into the Kiev Cadet Corps. His father was an officer, but Nikolay chose not to follow in his footsteps. In 1894, he entered the Natural Science department of Kiev State University, and the next year transferred to the Law department. Later, Berdyaev wrote in his autobiography, that it was around this time he decided to dedicate his life to philosophy.

Under Emperor Aleksandr II’s rule (1818-1881), revolutionary sentiments were spreading among the youth of the era, and these ideas greatly affected the young Nikolay. Aleksandr II went down in history as “The Liberator": he abolished serfdom and introduced freedom of speech. In 1881 he was assassinated by a terrorist. His heir, Alexander III, put much effort into weakening the political movements organized during the times of freedom. But in 1894 when Nicholas II came to power and spoke about his will to strengthen the autocracy in his coronation speech, the people rose again with new hope and new anger.

Berdyaev became a member of the illegal Marxist study group, and in 1897 took part in student riots. As a result, Berdyaev was expelled from the University and exiled to the town of Vologda in Central Russia for three years.

In exile, he wrote an article for a Marxist magazine, but he eventually came to view Marxism as too materialistic and unable to answer the fundamental questions of human existence. He turned to religious philosophy and became an adherent to the concept of “Vehovstvo”. Followers of this school advocated Christian values and personal freedom, in contrast to the atheism and collectivism of Marxists. In 1909, Berdyaev’s works were published in the “Vehi” (or “Landmarks”) collection of Russian philosophy alongside the writings of his peers in the Russian intelligentsia.  In his articles he spoke about the crisis of spirituality in Russia and blamed the intellectuals for it, as they “surrendered to pragmatic social values”. 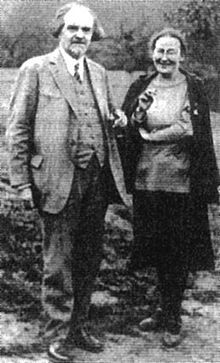 Nikolay Berdyaev and his mother Maria

In 1911 Berdyaev published what he considered to be the most significant of his works “The Philosophy of Freedom”, and together with his wife Yulia left for Italy. There he started to work on his next book “The Meaning of the Creative Act” in which his religious philosophy was put into words for the first time.

Being a faithful believer in Eastern Orthodoxy, Berdyaev often criticized the institute of the Orthodox Church. In 1913, he was charged with blasphemy for his criticisms and was to be exiled to Siberia for life, but World War I made the government postpone the sentence.

The war was not over yet, when the Bolsheviks came to power. At first, Berdyaev welcomed what he called the fall of “fake theocracy" – his definition of Tsarism. Soon, however, he saw the real face of the victorious revolution and became an active opponent of the new regime. In his book “The Philosophy of Inequality”, written in 1919, he defined socialism as “a forced virtue and a forced brotherhood”, and in “The Fate of Russia” gave a simmering description of the chaos and destruction the revolution had brought to Russian traditions and culture. People followed Berdyaev, and in 1919 he founded The Free Academy of Spiritual Culture, an organization to promote his ideas and similar ones. The Academy held philosophical lectures and seminars.

In 1922, Berdyaev was exiled from the Soviet Union for dissidence. He left on the infamous “philosophers’ steamboat”, a ship full of exiled poets, writers, philosophers and other people of different professions all considered dangerous by Soviet power. He spent two years in Berlin, before moving to Paris. He kept on working, and became one of the most significant European philosophers of his time.

The main ideas of Berdyaev's worldview are Spirit and Nature. The Spirit presents itself in life, in freedom, and in creative acts, while Nature is passive. Spiritual reality is neither subjective, nor objective, and Nature is objective. God, according to Berdyaev, is at once irrational and over-rational. God created the world from nothingness, from pristine chaos, and from the same chaos came freedom.

Freedom was one of the main themes of Berdyaev’s philosophy. According to him, there were three kinds of freedom: “irrational freedom” which is able to produce evil, “rational freedom”, which allows for conscience and morality, and the freedom filled with love for God. God is not responsible for freedom, as it was not created by him and comes from the same nothingness as God himself, and so therefore God is not responsible for evil. He is not all-knowing and all-seeing, he cannot even predict the acts of human will; he can only help man choose the right way.

The meaning of human history, according to Berdyaev, is the fight against irrational freedom. When it wins, reality begins to decay, people lose their faith in God, and the world falls into the chaos of revolutions to be renewed and to rise again.

Another important theme of Berdyaev’s works is creativity. In his book “The Meaning of Art” he declares, that creativity, not salvation, is the only meaning and main goal of human life. According to Berdyaev, the creative act is a manifestation of the spiritual in the material world. Being cleansed of sin is necessary for creative ascension.

Nikolay Berdyaev died in 1948 at his home while sitting at his desk, having left his mark on the annals of Russian philosophy.