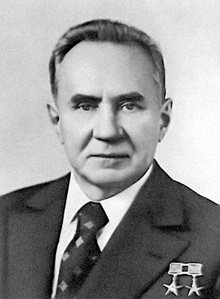 Aleksey Kosygin, the politician and state official, served as the Prime Minister of the Soviet government from 1964-1980. He still holds a record - no one has ever led the Russian government for longer than 16 years. Aleksey Kosygin is remembered for his economic reforms. The American magazine “Newsweek” once called him “the person who could easily head any large corporation, such as Ford or General Motors.”

The beginning of Aleksey Kosygin’s life was not very promising. His childhood and youth did not bear any special signs; Kosygin lived his first 25 years the way millions of people did. Born in 1904 Aleksey was the third child in a family of workers. The Kosygins’ lived in Saint Petersburg. In his childhood Aleksey did not reveal any special talents. In 1919 he joined the Red Army. He was enrolled in a labor battalion, so he did not participate in the military actions of the Civil War. Returning home in 1921, the 17-year-old Kosygin entered the Cooperative College in Petrograd (now Saint Petersburg). He graduated from the college in 1924 then went to Siberia where he worked in supplies and wrote articles for the local newspapers. His articles were intended for the peasants: Kosygin persuaded them to support the Soviet power. In Siberia Aleksey met his wife, Klavdiya.

She was from a rich family with many children. The couple was married in 1927 and that same year Kosygin joined the Communist Party. A year later Klavdiya gave birth to a daughter. 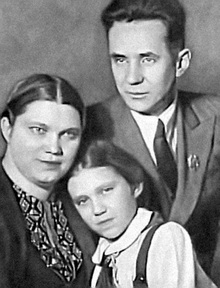 In 1930 the family left Siberia for Kosygin’s native city, which by then had been renamed Leningrad. Aleksey started to work as a laborer and entered the Leningrad Textile Institute. After receiving a diploma of higher education in 1935, Kosygin became an engineer. After this, his rapid ascension began. In 1937 Aleksey Kosygin was the director of a weaving mill within a year he obtained a quick promotion and became the head of the Leningrad Party’s industrial and transport department. That same year Kosygin was appointed Chairman of the Leningrad City Executive Committee, which was, in essence, the position of city mayor. Kosygin’s impetuous ascent can be explained by Stalin’s tactics at the time. Stalin wanted to renew the governing body of the USSR and appointed over five hundred thousand young Bolsheviks to leading positions. However, Kosygin’s personal characteristics assisted him in his successful career. He was hard-working and ambitious, had an excellent memory and proved himself a perfect doer. Thus, in 1939 Aleksey Kosygin joined the Soviet cabinet as People’s Commissar for the textile industry and one year later he became Deputy Chairman of the Council of People's Commissars of the USSR with responsibility for consumer industries.

World War II determined Kosygin’s next assignment. He was responsible for industrial plant evacuations and the organization of their functioning in the rear. It was an extremely difficult task. To evacuate just part of a metallurgical plant over two hundreds goods wagons were necessary! Still Kosygin managed to evacuate the important plants and soon they were functioning 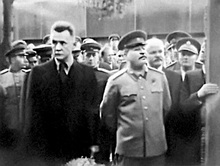 and producing military equipment in the Ural Mountain regions. Among Kosygin’s merits is carving the famous “Road of Life,” an ice transport route across the frozen Lake Ladoga, which provided the only access to the besieged city of Leningrad in the winter months during 1941–1944. Aleksey Kosygin was among those who saved Leningrad from Nazi troops. For carving the “Road of Life” Kosygin was awarded with the Order of the Red Banner. He considered this order to be the most honorable award of his life.

But in the biography of Aleksey Kosygin there are also some dark spots. For example, in the period after the war (1946-1947) known as “the time of starvation” in the USSR, Kosygin was responsible for providing help to the deeply distressed people. According to historical documents, Kosygin often denied requests for food justifying his refusals by a lack of food supplies.

In 1948 Kosygin was promoted to the position of Finance Minister. But in 1949 he found himself in serious trouble. It was the time of the so-called “Leningrad Case” – a series of criminal cases 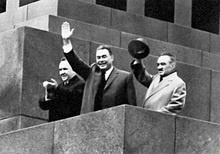 fabricated in order to prosecute prominent members of the Communist Party. They were charged with betrayal and attempting to create an anti-Soviet organization. It is believed that Stalin was the one who initiated the Leningrad Case as many of his former comrades became subjects of repressions. Kosygin was among those who fell under suspicion. He was blamed for misappropriation of funds and theft of gold and jewels. While the investigation was in progress, each morning before going off to work, Kosygin said good-bye to his family as if he were leaving forever. However, everything turned out all right. Historians believe that Stalin appreciated the hard-working and loyal Kosygin, thus the repressions left Kosygin unscathed.

After Stalin’s death Aleksey Kosygin was still in power. During the time of Nikita Khrushchev’s rule Kosygin ironically called himself “the main engineer of the USSR.” He still held quite a number of important state positions. In 1964 he supported the group of politicians who 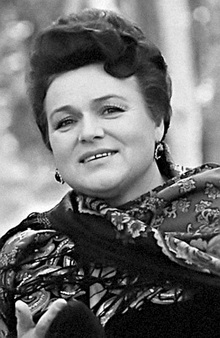 After the dismissal of the former boss, Kosygin became the Prime Minister of the USSR, and remained as such until 1980. In the 1960s Kosygin initiated a number of economic reforms: he tried to give more independence to plants and factories hoping that it would lead to better labor productivity and production quality. However, nowadays experts evaluate Kosygin’s reforms as not very effective.

During the 1970s Aleksey Kosygin became less active than he had previously been, probably because of his age and health problems coupled by the loss of his beloved wife. He was informed about Klavdiya’s death during a celebration in honor of 1 May – Labor Day. The tragic news shocked the Prime Minister, but he still had to sit through the parade that he was watching from the top of the Mausoleum building on the Red Square together with other Soviet government members before being able to express his grief. Soon after the death of

Kosygin’s wife there were rumors that he was in love with popular singer of the times Lyudmila Zykina. But Kosygin insisted it was just idle gossip. He never remarried.

In 1980 Kosygin suffered a heart attack. While in hospital he was forced to write his resignation. Three weeks after the resignation was signed Aleksey Kosygin died. Witnesses recall that several minutes before his death he was still mumbling the numbers of the new five-years plan for Soviet economic development. The day of Kosygin’s death coincided with the birthday of the Soviet leader of those times, Leonid Brezhnev. In order to keep the mood of the Soviet people festive the information of Kosygin’s death was officially spread only three days later. Aleksey Kosygin was buried in Moscow’s Red Square next to the Kremlin walls.