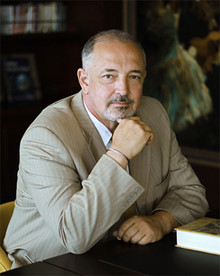 He wasn’t the wealthiest, but he was the first. In 1989 Artem Tarasov was the first Soviet citizen brave enough to declare that he’d earned a million roubles, and became the prototype for the brand of flamboyant entrepreneur-cum-celebrity-cum-politician that followed in his wake.

Born in 1950 to a news photographer father and academic mother, Tarasov received several degrees, first as an engineer, then as a computer scientist, and finally as an economic planner. He forged a successful career through the 1970s and early 80s as a scientific manager, rising from junior researcher to head of department.

String of co-operatives and big fail

All the same, he was quick to sense the opportunities that came with Soviet leader Mikhail Gorbachev’s policy of Perestroika enacted from 1985 onwards. From 1987 Soviet citizens were allowed to open what were termed “co-operatives”, the first private enterprises allowed in the USSR since the 1920s. Tarasov’s Progress was the tenth co-operative officially registered in the whole of Moscow. Without a clear idea of what he wanted to do, Tarasov decided that his enterprise needed to work in the areas the Soviet planned economy couldn’t reach – namely improving the love life of its citizens. Thus, Progress became a dating agency.

Within three days it was a hit - much like in the rest of the Soviet Union, people queued to get a chance to meet the partner of their dreams. Within a week, Progress was shut down by the Moscow authorities as “amoral, dangerous to society and contrary to socialist principles”. 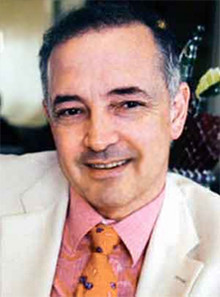 After befriending the Moscow city official who shut down his first business, Tarasov opened his second co-operative. This time he was more ambitious. Technika co-operative started off as a repair service for Japanese electronics that were imported on the black market, but couldn’t be repaired by official Soviet technicians. Within a year it was employing more than a thousand people in myriad businesses – luxury car rental, the first private helpline, villa construction for party officials. But, same as for other Russian trailbreakers, Tarasov’s first real fortune was made importing PCs. The Soviet Union did not produce them, and on the black market they fetched prices equivalent to that of a car.

Artem Tarasov’s decision to declare his millions was not a publicity stunt. When the government banned co-operatives from doing their transactions in cash, Tarasov decided to pay himself a large salary, withdraw it through a bank, and carry on using the money in business.  In January 1989 Artem Tarasov declared an official salary of three million roubles. The reaction was a firestorm, with newspapers and TV discussing whether the newly-minted millionaire was a hero or criminal. But after public criticism from Mikhail Gorbachev himself, Artem Tarasov’s assets were confiscated, and the company closed down. He later successfully sued the government, but his money was never returned.

Over the next year he co-founded what is now Russia’s most authoritative business daily Kommersant, and the first independent airline Transaero, and was elected to parliament for the first time. However, he was soon caught up in the Harvest-90 affair that forced him to emigrate. In a time of mass deficit of consumer products, the government promised farmers ration cards in exchange for their produce. These ration cards would allow farmers to purchase Western consumer goods, bought from Russian oil exports. Tarasov’s company was heavily involved in the scheme and given financial privileges in exporting large quantities of oil. But the farmers never received anything for their ration cards, and were left with worthless pieces of paper. Tarasov’s company was accused of embezzling the funds and cheating the farmers. In 1990 Artem Tarasov left the country, telling journalists that he was about to be arrested under direct orders from Mikhail Gorbachev. Later Tarasov would be cleared of some of the charges, and others were dropped due to the expiry of the statute of limitations.

Tarasov settled down in a secret flat in London, afraid of revenge from both his former business partners, and the Russian government. Yet he continued to criticise the economic policies of what was now the new Russian state following the collapse of the Soviet Union, and could not resist the lure of his homeland. In 1993 he returned to Russia, and was elected to parliament once again. In 1996 he decided to run for President as an independent pro-business candidate. In order to do so, he required a million signatures, but his application was rejected by the electoral commission which claimed some were forged or improperly submitted. Although Artem Tarasov sued, he missed the election. He then fled the country once again upon learning that the investigation into the Harvest-90 affair may be re-opened.

From the mid-90s onwards, Tarasov’s prominence and financial significance began to fade, as he was overtaken by those who stayed in Russia and continued to exploit the financial opportunities that arose. He returned several more times to run as the governor of Krasnoyarsk and St. Petersburg, but Tarasov’s electorate always stayed in the low digits.

By the late 2000s Tarasov was spending most of his time in his London house, writing plays and novels that have mostly gone unpublished, though his biography The Millionaire in which he explicitly uncovers the scope of the dubious practices that allowed him and others to accumulate their wealth briefly returned him to the limelight. He prides himself on having what he believes is the world’s largest collection of ties featuring fish, which numbers over a thousand items.

Artem Tarasov’s place in modern Russian history is secure. However attitudes towards him will continue to diverge radically, depending on the interpretation of events that happened as the Soviet Union broke up, and a new Russia emerged.