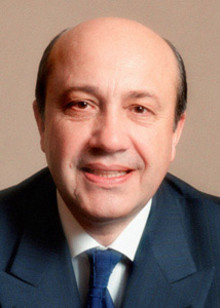 Igor Sergeyevich Ivanov is a Russian state figure and diplomat. He is a former Foreign Minister and one-time Secretary of the Russian Security Council. Ivanov retired from politics in the middle of 2007 to commit himself fulltime to commerce, science and teaching. He is the Chairman of the Investment Strategy Committee at Russia’s largest oil producer, Lukoil. He is also a member of several non-governmental organizations and clubs, such as the European Council on Tolerance and Reconciliation and the Supervisory Council of the International Luxembourg Forum on Preventing Nuclear Catastrophe. In addition, Ivanov holds a Grand PhD (the Russian equivalent of a Doctorate) in history and an honorary PhD in philosophy and philology.

Igor Ivanov was born in Moscow into the family of a military man. He confesses that he never dreamt of becoming a diplomat in his youth. Having spent seven years at Moscow’s Suvorov Military School, he was planning to follow his father’s example and commit himself to army service, but he failed to pass the medical examination. Since much of his time at the Suvorov school was devoted to studying English, in 1963 he entered the Moscow State Linguistic University (then the Maurice Thorez University of Foreign Languages), from which he graduated in 1969.

After graduating, he first tried his hand at science, entering the Institute of World Economy and International Relations, one of Russia’s leading think tanks at the time. The Institute’s director, veteran political scientist Nikolay Inozemtsev, soon appointed Ivanov his aide. At this post, Ivanov met the Deputy Director, Evgeny Primakov, who was to become foreign minister in 1996. While working at the Institute, Ivanov received further education at the Moscow State University of International Relations, obtaining a PhD in history in 1972.

In 1973 Ivanov’s career took a sharp turn. At the beginning of the 1970s, Russia’s relations with Spain (then under the dictatorship of the nationalist leader Franco Francisco) improved somewhat, and the countries exchanged trade delegations. While there were no full-scale diplomatic relations, it was agreed that several people, while formally working in trade delegations, would perform diplomatic functions as well. Considering that Ivanov spoke perfect Spanish and had studied Spain at the Institute of World Economy and International Relations, he was offered the trade/diplomatic post. He had to postpone writing his doctorate thesis and moved to Spain. The business trip dragged on for an unexpected ten years, making Ivanov one of the key participants of the developing Soviet-Spanish relations. He went on to become a Consul Ambassador in USSR’s Embassy in Madrid.

Upon returning to Moscow in 1983, Ivanov worked as an assistant to the then Soviet Foreign Minister Andrey Gromyko. He recalls his work with one of the country’s most prominent politicians of the second half of the 20th century as invaluable schooling that paved his way further into big diplomacy.

From 1986 to 1991 Ivanov worked in the Foreign Ministry General Secretariat, one of the Ministry’s key subsections responsible for organizing its work. In succession, he occupied the posts of deputy head, first deputy head and head of the secretariat, taking part directly in reforming the diplomatic structure to adapt it to new tasks connected with the end of the Cold War.

In 1991 Ivanov returned to Spain, this time as an extraordinary and plenipotentiary ambassador. Under his lead, active work began on laying a new foundation for relations between the two states, both of which were in the throes of deep democratic change. In 1993, he returned to Moscow to take the post of First Deputy Foreign Minister. He kept this position until 1996, when Evgeny Primakov became the foreign minister. On September 11, 1998, by the order of the President of Russian Federation, Igor Ivanov was appointed Russia’s Foreign Minister, while Evgeny Primakov took the post of Prime Minister.

The media evaluated him as a pro-Western foreign minister who sought to create cooperation between Russia and the West, primarily Europe. In Russia at that time there existed a group of high-ranking diplomats and military men who sought to erect a strict border in Russia’s relations with the West, insisting on the necessity of political and economic isolation. Ivanov opposed the group, which was led, among others, by one of his own deputies, Aleksandr Avdeev. Avdeev also aimed at taking Ivanov’s post. The office infighting ended with Ivanov’s victory over the “isolationists” and Avdeev was relieved from his position in 2002 and sent to work as Russia’s ambassador to France.

Ivanov was a sharp critic of the NATO - US military operation in Yugoslavia in March-June 1999. The minister used the media to convey his point of view: he asserted that the true reason for the bombing of Yugoslavia was not to fight Slobodan Milosevic’s regime, but to “force upon the world a US political, military and economic dictate.” He stated that the US “was trying to impose a unipolar world order in the 21st century so that Washington would be able to pull the strings of all the nations.” This position was consistent with that of Prime Minister Primakov, who said that the operation in Yugoslavia posed a real threat to the world order as it had formed after World War II and the Cold War.

On September 12, 2001, the day after the terrorist attacks in New York and Washington destroyed the Twin Towers of the World Trade Center, damaged the Pentagon and killed about three thousand people, Ivanov expressed grief for the US people on behalf of Russia. He also said that international terrorism is “the most terrible” of modern threats the world is facing. The same day he met Alexander Vershbow, the American ambassador to Russia, and suggested discussing common anti-terrorist action during the G8 leadership meeting. 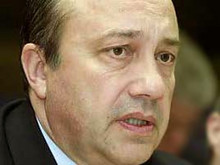 Ivanov was also active in researching the historic legacy of Russia’s diplomacy. He initiated a project aimed at restoring the continuity of the country’s foreign policy under which educational institutions within the ministry’s jurisdiction were tasked with teaching young diplomats to respect the traditions of the Russian and Soviet diplomatic schools, carefully preserving the experience accumulated by previous generations.

Igor Ivanov was critical of the invasion of Iraq by the US-led international coalition in March 2003. He emphasized that it happened in spite of the ruling of the UN Security Council.

Ivanov resigned on February 24, 2004, relieved from his post by President Vladimir Putin together with all the other ministers under Prime Minister Mikhail Kasyanov. Ivanov remained the acting Foreign Minister for two more weeks.

On March 9, 2004 Ivanov was appointed secretary of Russia’s Security Council, replacing the ex-minister of the interior, Vladimir Rushaylo. The same day the post of Foreign Minister was taken up by Sergey Lavrov, Russia’s representative to the UN.

In 2005 Ivanov completed a doctorate entitled “Foreign Policy in the Age of Globalization,” becoming a grand PhD in history.

He headed multiple Russian delegations in the UN General Assembly and other major international conferences and forums.

On July 17, 2007, President Putin relieved Ivanov of his position, nominating his deputy, Valentin Sobolev, in his place. Ivanov told journalists he was leaving politics. His further appearances in the media were connected with his work as a teacher in the Moscow University of International Relations. In the summer of 2009 he entered the board of directors of Lukoil.

Since 2003 Ivanov has been an honorary professor at the Moscow State Linguistic University. He has written several works on foreign policy, including “Russia’s Foreign Policy at its Modern Stage” (2000) and “New Russian Diplomacy: Ten Years of Foreign Policy” (2001). He holds the orders of “Badge of Honor” (1988), 2nd stage (1999) and 4th stage (1996) as well as the “Merit for the Fatherland” and the medal “In Memory of Moscow’s 850th Anniversary.”

In 2002 Igor Ivanov was deemed man of the year in politics, according to a survey conducted by the Rambler Company.

He is married to Yekaterina Kozyreva, the daughter of former Soviet Deputy Foreign Minister Semyon Kozyrev. They have a daughter Olga, who is a philologist.