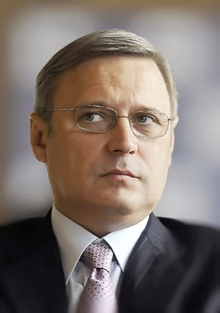 Mikhail Kasyanov is one of Russia’s most controversial opposition leaders.

His political career has undergone a tumulus transformation since his early days as a front-rank specialist of the Soviet Institute. He was a promising candidate as a young politician in Yeltsin’s entourage and rose to the top in Putin’s government. Today he is known as one of the Kremlin’s most ardent critics.

Mikhail (Mikailovich) Kasyanov was born 8 December 1957 in the city of Solntsevo in the Moscow Region. After finishing secondary school, Kasyanov entered the Moscow Motor Vehicle and Road Institute.

In 1976 - 1978 he served in the Soviet Army. He then returned to the institute before taking a job at the Research Institute of Industrial Transport.

In 1981 he moved to a position with the Planning Committee of the RSFSR (GOSPLAN) where he stayed until 1990. He finished an educational course in foreign relations and went from an engineer to the head of the Foreign Relations Department.

In 1991 Kasyanov joined the Ministry of Economy of the Russian Federation and was promoted from his duties as Deputy Head of the Foreign Economic Relations Sub-department to Head of the department. In 1992 he became Head of the Ministry’s Consolidation Department.

A year later he was appointed Head of the Department of Foreign Credits and External Debt of the Finance Ministry and also became a member of the Ministry’s Board.

In 1995 was appointed Deputy Finance Minister. He worked in the cabinet of three different prime ministers (Chernomyrdin, Kiriyenko, Primakov). 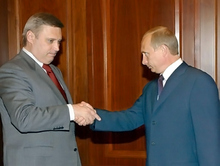 As Russian Prime Minister, Mikhail Kasyanov initiated a plan on reforming Russia’s energy monopoly, RAO UES (2001). He was also the author of several reforms aimed at federal authorities, including the government of the Russian Federation. In 2003 his government cut the VAT from 18% to 16%. That same year Kasyanov reduced financing for military reform. A number of deputies of the State Duma tried to pass a vote of no confidence against his government but failed.

In January 2004 Kasyanov became the head of the Presidential Council against Corruption. A month later he was sacked along with his cabinet.

Kasyanov took a brief rest from politics and in 2005 he started his own advisory company, MK Analytica.

He began to criticize Putin and his government and constantly accused them of backsliding on democracy. Kasyanov then declared his intention to take part in the presidential elections in 2008.

In 2006 he became the chairman of the People’s Democratic Union that was later transformed into the People for Democracy and Justice political party, which was never officially registered. In 2006 Kasyanov took part in “The Other Russia” conference. 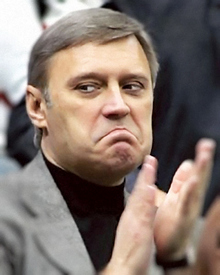 The conference was held on the eve of the G8 summit that was hosted by Russia and was declared an alternative event. Kasyanov also took part in the so-called “Marches of Dissent” that were held by the radical opposition. However in 2007 Kasyanov refused to cooperate with “The Other Russia” movement citing numerous differences.

In December 2007 Kasyanov was approved as the presidential candidate by his movement. However in 2008 the Central Elections Committee refused to register his candidacy citing numerous irregularities within the documents presented for registration.

Ever since the early nineties Kasyanov’s name has often been mentioned in the media in connection to financial gerrymanders. As Prime Minister he was widely called “Misha two percent” following rumors that he required 2% of every deal that passed through the government in kickbacks.

There were allegations of Kasynov’s links to the disappearance of almost US $5 billion of stabilization credit that was allocated by the IMF. Although the case gained much publicity it never reached the courts.

In 2005 the General Prosecutors office initiated a case against Kasyanov on misappropriation of state property following allegations by State Duma Deputy Aleksandr Khinshtein. In Russia it was known as the “Dacha Case.” According to Khinshtein, while Prime Minister, Kasyanov put up for sale and illegally privatized two luxury state mansions. The case was interrupted and then restarted again and the court obliged Kasyanov to return one of the houses and pay a fine of over US $4 million.

Kasyanov is at times the subject of criticism from opposition activists who accuse him of inconstancy in his views and question his sincere commitment to stand up against the Kremlin.

Mikhail Kasyanov is married and has two daughters.