Destined to be a star 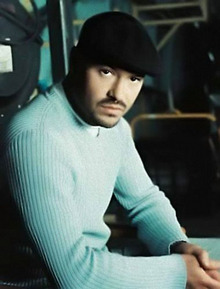 Fyodor Bondarchuk was born on May 9, 1967 in the Moscow family of the Oscar-winning director and actor Sergey Bondarchuk and Soviet movie star Irina Skobtseva.

With parents like this young Bondarchuk enjoyed all the benefits of a privileged childhood. He attended one of Moscow's elite schools, and graduated on time though he was notorious for his bad behaviour and practical jokes. Upon serving in the army he was about to enter MGIMO, the prestigious diplomatic college. But he was one of the Bondarchuks, and thus film-making was his destiny.

Fyodor's father insisted he join another institution for high society youth – VGIK, the State Institute of Cinematography. In 1991 Bondarchuk graduated with a degree in film directing. The movie industry was almost non-existent in Russia at that time, so Fyodor dumped the idea of making feature films and took up something more fun and much more profitable.

He started shooting music videos and soon became one of the most popular and well paid ‘clip makers’. He created music videos for top ranking Russian pop stars such as Alla Pugacheva , Kristina Orbakayte, Natalya Vetlitskaya, Angelika Varum, Vladimir Presnyakov, Linda and many others. For one of his works he won the Tefi Award (Russia's version of Emmy Award) in 2003.

In the big movies business

Scene from The 9th Company (film.ru)

After 2000, oil money poured into Russia’s economy and some of it revived the domestic film industry. It was the right time to turn back to serious cinematography. Father Bondarchuk's directorial debut was a picture about the Great War. The son debuted with a story of a recent conflict the Soviet army was involved in. His first ever full scale film The 9th Company recounts a tragic tale of a handful of Soviet soldiers cut off from the main troops somewhere in Afghanistan.

The film's premiere became one of the greatest and most discussed events in 2005. It set box-office records by taking more than $20 million, an unbelievable amount for the post Soviet Russia. Nowadays, Bondarchuk has since made a second full scale film The Inhabited Island (2008) which is widely anticipated by Russians as it is based on a very popular science fiction novel by the Strugatsky brothers . 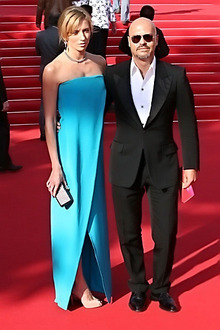 As an actor, Bondarchuk was in about 30 films since 1986, but none of his roles were especially noticeable. The public still thinks of him more as a great director's “golden child” who makes video clips and constantly appears in different TV shows, proving his reputation as a high life personality. However tabloids have little to talk about his personal life. Fyodor is happily married to popular TV host and socialite Svetlana Bondarchuk and has two children – son Sergey named after his famous grand father and daughter Varvara.