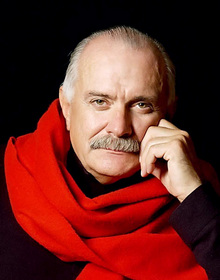 Mikhalkov's second wife Tatyana is a former fashion model, currently a Moscow fashion week promoter. She appears in public invariably with a huge black fabric bow attached to a side of her head and is famous for her questionable taste in fashion.

Nikita Mikhalkov has a son Stepan from his first marriage, another son Artyom and two daughters Nadezhda and Anna from the second one, and a number of grandchildren. All of his offsprings are either actors or film producers and directors. Nikita has an older brother Andrey Konchalovsky who is equally acclaimed film director.

Mikhalkov was educated at director's department of State School of Cinematography (VGIK). Even before graduation he played in over a dozen pictures and directed three short films.

Overall number of roles Mikhalkov has played in his career is well over 40. Critics and movie-goers often agree that his best acting 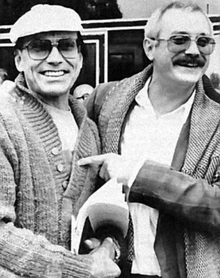 works are roles of rascals or obnoxious provincial parvenus, while his portrayals of nobility are somewhat less convincing. Some critics say that Mikhalkov's directorial works lack creativeness and innovation. But he can easily waive these allegations by presenting an impressive list of nominations and wins in the most important international film festivals and competitions. It includes an Oscar, a Golden Lion and a Jury's Grand Prix in Cannes.

His Burnt by the Sun alone won an Oscar for the Best Film In Foreign Language (1995), Grand Prize of the Jury and Ecumenical Jury Prize at Cannes (1994). This is a poignant drama of a typical prosperous Soviet family destroyed by Stalin's repressions in 1936. The sequel of it is expected for release in 2008.

The Barber of Siberia may not be innovative too, but it definitely is an outstanding feature. The unabridged version of this romantic drama is six hours long with an impressive international cast, and its premiere has been an epic event in Russia. And there may be no question about ordinary public who loves Mikhalkov's pictures about ordinary people. Reruns of his Five Evenings and Relatives are much awaited by viewers. Unfinished Piece for Mechanical Piano, Slave of Love and Friend Among Strangers, Stranger Among Friends are equally appreciated by cinema-lovers. 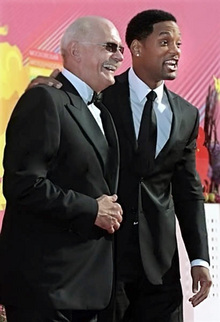 Nikita Mikhalkov who doesn't keep any official posts in modern Russian cinematographic establishment, definitely remains the most influential figure in domestic movie world. He is the chair of Moscow International Film Festival. Moreover he has his own annual movie award the Golden Eagle, sort of Russian Oscars. What is more important, Nikita Mikhalkov is on the first name basis with Vladimir Putin, former president and current prime minister of Russian Federation.