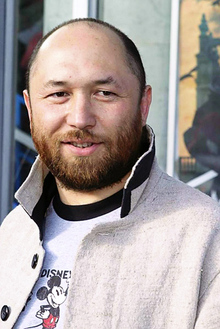 He was born on 25 June 1961 in the Soviet Republic of Kazakhstan.

After graduating from high school, Bekmambetov continued his education at the Moscow Energy Institute. However, after one year he realized it wasn’t his ambition and returned home to study something closer to his heart – filmmaking. In 1987, he graduated from the neighboring Uzbekistan Republic’s Theater and Art Institute as a film and theater artist.

After completing the mandatory two-year national service in the Soviet army, Bekmambetov again moved to Moscow.

In 1994 he made his debut as a film director and co-screenplay writer with “Peshavarsky Vals” (Peshawar Waltz) about the Soviet war in Afghanistan. The film was a success, winning him international recognition, and was later released in the West under the title “Escape from Afghanistan.”

Despite the success of Bekmambetov’s first film, it didn’t reach a wider audience because of the sharp decline in cinema venues at the time. Following the collapse of the Soviet Union in 1991, Russia’s film industry was in deep crisis. Soviet-era theatres were leased out to furniture stores and car dealers, and for a few years there was virtually no chance for the film to be seen by the public.

As a result, Bekmambetov turned to TV advertising. For him, it was just another medium for making films, albeit very short ones. There were no rules in TV advertising, and that kind of freedom appealed to the young director. But most importantly, his ads would be run on central television and be seen by millions of people every day.

Bank Imperial was Bekmambetov's first major client, who paid generously for his services. Together with his team Bekmambetov came up with the idea of turning TV ads into little 30-second films about world history. Eighteen tasteful and witty stories included great world historical figures like Napoleon, Catherine the Great, Ivan the Terrible and Peter the Great.

Bekmambetov’s project became an instant success. People loved his commercials so much, they became the talk of the town and were quoted in everyday conversation. To this day they are considered some of the best ads ever run on Russian television. Bekmambetov received many awards for his ads, and remembers those years of his career as a happy time of unrestricted creativity.

Ironically, the default of 1998 made Imperial Bank history. Bekmambetov, however, moved on, shooting commercials for other brands, including Pepsi, Nescafe Gold, Slavyansky Bank and many others.

He also tried his hand at music videos for the Russian singer Yulia Chicherina. One of the clips, made to the song “Zhara” (Heat), was awarded a prize by the Russian Film Academy and was nominated for an MTV music award in 2000.

While Russia was became more economically stable, the movie industry started to get back on its feet. New movie theaters were built, and the old ones renovated and equipped with high tech gear. Bekmambetov returned to his life’s ambition of making movies. His next big undertaking, “Night Watch” (2004), and its sequel, “Day Watch” (2006), made him the most commercially successful Russian director of the 21st century, and the best young director of Post-Soviet Russia. The science fiction story of the battle between the forces of light and darkness came out at a time when the world was still digesting “The Lord of the Rings.” The films made him a sensation in Russia and put his name on the map in the West. They also became international blockbusters and received several awards and nominations. 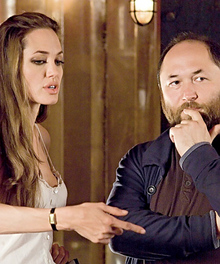 The Russian director’s success attracted Hollywood’s attention and Universal Pictures invited him to direct "Wanted" - a comics-based story by Mark Millar. This was the first English-language film for Bekmambetov. Starring James McAvoy, Angelina Jolie and Morgan Freeman, "Wanted" had a US$150 million budget. The film was released in 2008, claiming more than US$300 million at the box office worldwide. Bekmambetov’s success in Hollywood is so far unprecedented by any other Russian filmmaker.

Another daring undertaking of the talented director was a sequel to the iconic Soviet comedic melodrama "The Irony of Fate." The romantic story that unfolds around the New Year has been synonymous with the winter holiday for the last 30 years and many doubted that this success could be repeated. Bekmambetov was able to obtain almost all the original cast from the first movie for his film which went on to tell the story of the main characters' children. Although vastly criticized for not measuring up to the original, "Irony of Fate 2" (2007) still collected US$55 million at the Russian box office.

Bekmambetov’s experience with TV commercials made him a good producer. He claims this is a key to surviving in Hollywood. His latest production work is the US$15 million "Black Lightning" for Universal Pictures. This is a Russian version of the Superman story, which was released at around the same time as James Cameron’s "Avatar." "Black Lightning" however did not do well at the box office and has barely covered its production expenses. 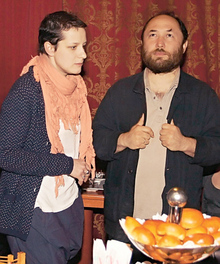 Bekmambetov is married to Varya Avduyshko, a producer and costume designer. She works side by side with her husband and has helped dress the characters of the "Night Watch" series and "Wanted." Together they have also set up the "Podsolnukh" (Sunflower) Fund to help children with immune deficiencies.

Timur’s life motto comes from his nomadic ancestors, who roamed the steppes in search of a better life: “Go to the place where the grass is greener.” Perhaps his life has already become an illustration of that - in more ways than one. He currently lives between Los Angeles and Moscow and is involved in nearly a dozen projects.

This is how Bekmambetov defines his filmmaking philosophy: “Films are not made, they are born. The energy for my new film I get from the viewers' reaction to my previous one. Each director has a kind of a dialogue with his viewers – this is a vital part for the director’s existence. And if, for some reason the viewer interrupts the dialogue, one must start from zero. Sometimes, it’s impossible to reconnect again, which means it’s the end of a director’s career. That’s why you must love your viewers like you love yourself.” 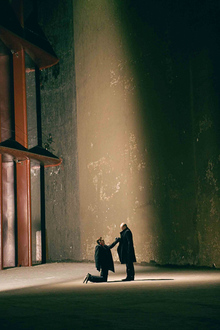