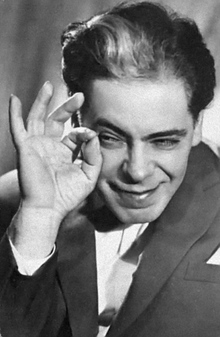 "A gift for reproducing the slightest tinges of human emotion enables the Russian variety actor Arkady Raikin to create images that don't need comment." - from an article in the British newspaper The Times in 1964

Arkady Raikin was a great Russian performer, director, scriptwriter and humorist of the 20th century. A legendary actor, he combined George Bernard Shaw's wit and Charlie Chaplin's theatrical ability. He was the creator of a whole gallery of unforgettable satirical archetypes and characters. Millions of people would laugh and cry, rejoice and grieve together with Raikin's characters, and could recognize his personages in real life. He was the embodiment of their faith in justice, truth and kindness and became a living legend of his time. Raikin believed that even if his art could not remedy life at least it could influence people; make them ponder upon good and the evil and upon the meaning of human existence. “Being an optimist I do believe that all vices and blemishes can be extirpated. I want everything around us to become better, more humane and kind," Raikin said.

Arkady Raikin was born in Riga (the capital of Latvia). Raikin once recalled: "My grandfather on my father's side was born in a small village forgotten in the woods of Belarus, and up to the end of his days spoke an unimaginable mix of Yiddish, Russian, Belarusian and German. Grandfather lived by tradition with excessive and demonstrative pedantry. As a domestic despot, he strove for both his children and grandchildren to live by the way of the Old Testament. Through his persistence, even I began to study in a private Jewish school. On holidays, observing tradition, Father went to a synagogue. He did not go in such a devout fashion as Grandfather and did not force us children to go. Sometimes I accompanied him (my mum seldom went to a synagogue). I remember how the cantor would show off his strong voice. But I did not understand the words at all and missed their meaning." 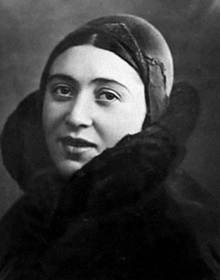 The Raikins of Belarus lived in the towns of Bobruisk and Koidanov, which could be considered small villages compared to the cities where Arkady grew up. His father, Isaak Raikin, a simple Jewish timber dealer, worked at the Riga sea port. Riga was a large Baltic sea port and industrial city, which offered many more opportunities in the way of business and education for Jews than did the Pale of Settlement. In 1922 the Raikin family moved to Petrograd (now St. Petersburg). From 1929 Arkady worked as a laboratory technician in the Okhtinsky chemical plant.

As a schoolboy he already showed great interest in theater. He attended a drama circle and engaged in amateur performances. Regardless of the will of his parents Arkady entered the Leningrad Theater College from which he graduated in 1935. The young actor was assigned to the Leningrad TRAM (Theater of Working Youth). While acting in the theater he also filmed “Fiery Years” and “Doctor Kalyuzhny,” both released in 1938. He continued to appear in films and, in 1974, he wrote and directed the television film “People and Mannequins.” The film is not less impressive and meaningful today.

The actor became widely recognized in November 1939 when became a laureate of the 1st All-Union Competition of Variety Artistes, performing two numbers - a parody of Charley Chaplin and "Mishka" (Little Bear). 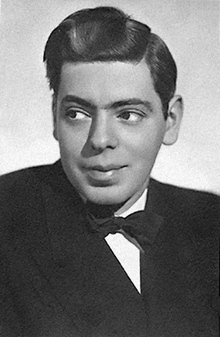 That same year Arkady Isaakovich was employed by the Leningrad Theater of Variety and Miniatures as the theater’s art director. During the Great Patriotic War Raikin gave numerous performances at the front. Later, in his strolls around Russia, he was often recognized by veterans whose spirits he had lifted during the war. During the siege of Leningrad his witty performances helped to lift the spirits of the survivors in the city, besieged by the Nazis. Raikin was decorated for his courage and for his numerous stage performances during WWII.

Needless to say, those days the theater was dearly loved by millions of theater-goers for the humorous sketches and scenes performed by Raikin and his company of actors and actresses. The mordant jokes, wisecracks, puns, and repartee were instantly assimilated into the language as aphorisms and jokes were often repeated by grown-ups and young people alike. He remained affiliated with this theater for the remainder of his career, even after it moved to Moscow in 1982, where it was renamed the State Theater of Short Plays. In 1991 it was renamed in Raikin’s honor into the      Satyricon Theater. Today the theater is directed by Raikin’s son, Konstantin.

Not only was Arkady's own family unhappy about his career as a stand up comedian, but so was the family of his future wife, Ruth Ioffe. Her father was a renowned physician and her uncle, Abram Ioffe, was a world famous physicist (commemorated on a 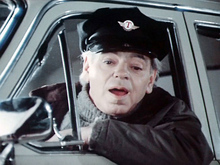 Russian stamp in 1980). Nevertheless they made a good family and brought up two talented children - a son, Konstantin, and a daughter, Ekaterina, who followed their father into showbiz.

Arkady Raikin had a special way of using comedy to ridicule Soviet communism by satirizing the inefficient bureaucracy and absurdity of the Soviet system. Despite the politically sensitive performances and despite his being a Jew, Arkady Raikin was lionized both popularly and officially. He performed to consistently "sold out" audiences and toured all over the USSR and abroad for over 50 years. After his first and the last performances in the US in 1987, newspapers wrote: "Raikin is more than a name. For a long time, he consciously helped people survive, be better and more open."

In his books of memoirs Raikin wrote: “Recalling the past I certainly do not dare to judge one of the most complicated and dark figures of our history (Stalin). The carrot-and-stick policy, fear and personal devotion constituted the basis of his relations with those cogs in the machine we all were in those days. Akimov (in the late 40s he staged and decorated our performances) would say to me not once in his peculiar ironical manner: ‘Are we, Arkady, such crap, that we are still not imprisoned?’ We were lucky; the dreadful lot passed us by. However the system engrafted by Stalin went on functioning even after his death. People brought up by this system went on acting and they managed to drive me up the wall in many different ways. Constant struggling with them took much of my health and strength.” 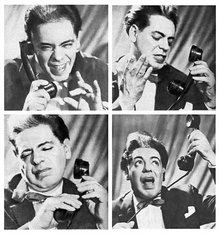 Millions of people laughed and cried, as they were contented and afflicted together with Raikin's heroes, with whom they could so closely identify. Oblivious officials did not realize that the peoples' laughter was targeted at them, a rebellion against their oppressive system. By saying what others were too afraid to say yet desperate to hear, Raikin helped generations of Russians pull through terrible times and not lose their compassion and hope for a better future.

His success was especially surprising given that he was a Jew in a country that suffered periods of virulent anti-Semitism during his lifetime.

Yet Raikin amassed the highest official honors of the Soviet Union and counted among his admirers nearly every Soviet leader since Stalin, who even invited the young comic to his birthday party. During the long rule of Leonid Brezhnev, a close friend of Raikin, the comedian was honored in 1968 with the title of People's Artist, the highest award given to Soviet cultural figures, and in 1981 with the nation's highest civilian award, Hero of Socialist Labor. 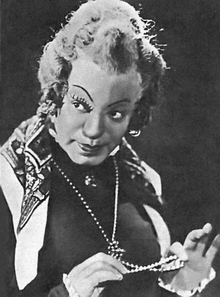 In the late fifties and early sixties, his fame spread to Europe. Even though the "Russian Charlie Chaplin" performed in the language of the country he toured, his art would have been easily understood without words. "He is daring enough to walk the thin ice of emotion without slipping," wrote The Times during his British tour in the mid-sixties.

Raikin, in his comedy, ridiculed officiousness and bureaucracy, rudeness and corruption, shortages and the bizarre back-door arrangements required to function in Soviet society. One skit, played with his son Konstantin, suggested that Soviet enterprises were so inefficient they must be managed by foreign saboteurs. In another, a psychologist showed up at the comedian's door to conduct a survey and the interviewee was paralyzed by fear that he might inadvertently disclose an unorthodox thought. To each question, including an inquiry about his relations with his wife, he replied, ''just like all my friends.''

Zhvanetsky once said: "Now it is easy to say whatever you want and there are many who do. But at that time, Raikin was the only one who wasn't afraid to say a bit more than the rest." Raikin raised the plank of freedom of self-expression inch by inch with a subtle relentlessness. 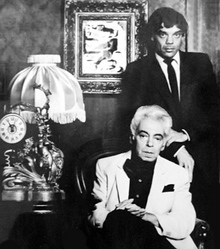 In his best-known routine, Raikin stood alone in a spotlight and wondered aloud whether he should go on with the show. ''I could just keep my mouth shut for three hours, including the intermission,'' he would suggest, deadpan. ''That way we won't take any risks.'' He would shrug. ''Or maybe we could just talk about . . . No, better not to talk about that,'' he would say wearily. ''Or let's say, about, about . . . No, about that people are keeping silent on every street corner.''

Once in an interview Raikin said the fashion for open discussion of societal shortcomings under Gorbachev had made it harder for satirists to keep their comic edge. ''We can say anything we want,'' he noted. ''But nobody is very interested. The newspapers are already saying it.'' When Mikhail Gorbachev commenced Perestroika, for example, a popular joke proclaimed that while before there were only two famous Raikins (Arkady and his son Konstantin, also a renowned actor), a Holy Trinity of Raikin entertainers had emerged - Raikin the Father, Raikin the Son, and Raikin the Husband. Raikin means “Raika's,” a derogatory version of the name of Gorbachev's wife, Raisa. 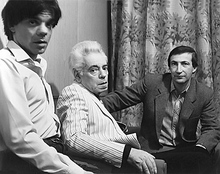 Raikin the Father contributed to Russian political history as well as to the entertainment world, given that the parents of Vladimir Putin, the future president of the Russian Federation, met for the first time at one of his concerts.

Firmly convinced that it is impossible not to overwork once you have dedicated yourself to art, Raikin worked incessantly regardless of his surroundings. He worked at home, on the road, during a promenade and on vacation. Once onstage, he forgot about his heart disease that had haunted him for many years. In December 1987 Raikin, who was known to have heart trouble and Parkinson's syndrome, passed away at the age of 76. It was the end of an era in the history of Russian theater and the history of scenic art in general.

In 2001 Russia issued an individual postage stamp featuring his portrait. Asked what qualities are essential for a comedian, Arkady Raikin would reply, "Human personality, civil position and kindness." That was the formula of his talent.