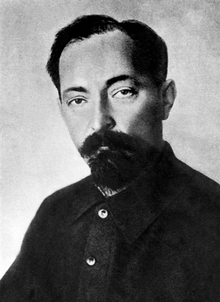 From religion to revolution


Felix Dzerzhinsky was born on September 11, 1877 in a country estate of Dzerzhinovo, near Minsk, back then a part of the Russian Empire (now in Belarus). The son of impoverished Polish nobility, he was brought up in a strict Catholic tradition and was growing up fanatically religious. Back then, few could imagine this good-looking boy would turn into one of the most feared men in Russia.


By the time he was 16, Dzerzhinsky was determined to become a priest – only his family's strong hostility to the idea stopped him. After a profound moral crisis, the young man swapped his religious zeal for atheism and a passion for revolution.

Even before completing his secondary education, Dzerzhinsky embarked on a career of a professional revolutionary. He was arrested several times, spending a total of 11 years in Tsarist prisons and in Siberian exile and eventually became associated with the Bolshevik faction of the Russian revolutionary movement. He was known as extremely pedantic, accurate, and excelled at conspiracy, always coming to the underground gatherings on time and disappearing unnoticed. 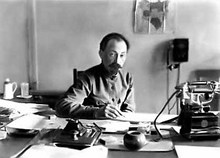 By the time the October Revolution shook up Russia, Dzerzhinsky was 40 and a deeply ill man, suffering from tuberculosis. Still, he was at the very heart of the uprising, ensuring the capture and control of the post and telegraph in St. Petersburg, then called Petrograd. In December 1917 to protect the newly-born Bolshevik government from political opponents a secret police – All Russian Extraordinary Commission – was created, later known by its Russian initials Cheka («ЧК»). Its agents were dubbed the Chekists. This forerunner of the KGB unleashed a reign of terror on all those seen as enemies of the revolution.

Recommended by Lenin , Dzerzhinsky was appointed the Cheka’s head. Nicknamed Iron Felix for his ruthlessness and devotion to the cause, he soon became the most feared man in Russia. The Cheka itself soon became known for its use of torture and mass summary executions.


After Dzerzhinsky’s death, during Stalin ’s era, the Iron Felix would be turned into a mythical figure, a Communist saint, selfless, incorruptible and just. He would routinely be described as “the lion of the revolution” – a man of great personal qualities, fine charm and sensitive nature, devoted to the right cause. His famous saying “a Chekist has to have a cold head, a hot heart and clean hands” was later used by the Soviet propaganda to romanticise the image of the Chekists.


Yet, many of those who knew him described him quite differently: as a cunning fanatic, unpopular and feared among the Bolsheviks. Tall, typically untidy, with emaciated face, Dzerzhinsky was notorious for his hard unblinking stare that few could stand.


In 1918 the Cheka orchestrated the campaign of mass arrests and executions that came to be known as Red Terror. A Red Army newspaper wrote: “Let there be floods of blood of the bourgeoisie – more blood, as much as possible”. The arrests didn’t stop at deserters and rioting workers. Anyone could fall under Cheka’s suspicion based on religious beliefs or social standing.

The Cheka also initiated the infamous system of labour camps and conducted a terrifying campaign against the peasantry. According to Lenin ’s orders, peasants had to sell their excess grain to the state at fixed prices. Because of uncontrolled inflation these payments were virtually worthless so many refused to obey. The full fury of the Cheka was unleashed on them in what was later called the “Bread War”. Entire families were executed and villages wiped out.

The organization turned into a giant man-killing machine. At Cheka's headquarters in Moscow lights glared every night as hundreds were brought in for interrogations. Here Dzerzhinsky spent days on end, keen to take part in questioning and studying files. He virtually lived in his office, where a bed’s been fitted for him.

The scale of mass murders


Mass murders left Dzerzhinsky unfazed. During party meetings, Lenin would often send short notes to some of his colleagues. A story goes that at one gathering in 1918, a note went to Dzerzhinsky, asking how many enemies of the revolution were currently jailed. Dzerzhinsky replied with a number of about 1,500. After reading it, Lenin put a cross next to the number and returned the paper to Dzerzhinsky who immediately stood up and left. 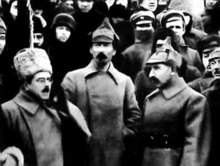 Nobody paid any attention to this sudden departure and only the following day did the result of this correspondence become known: Dzerzhinsky had all of the 1,500 inmates shot that very night, having interpreted Lenin’s cross as an execution order. Lenin apparently didn’t mean it – a cross was his usual way of showing he’s read and considered the information. 1,500 people fell victim of Dzerzhinsky’s misinterpretation – something nobody dared criticize.


The Cheka grew to be thoroughly hated by most people. Lenin decided to remove its authority over ordinary crimes and limited it to prosecution of state crimes only. Estimates of Cheka executions vary widely, from 50,000 to 500,000.

The restructuring of Cheka


At the end of the Civil War in 1922, the Cheka was abolished and restructured but this didn’t diminish Dzerzhinsky’s power. Although his opinions on policy frequently differed from Lenin’s, his devotion to established policy was almost fanatical, ensuring him numerous posts during the chaos of post-revolutionary days.


He oversaw the campaign to reduce the number of homeless children, headed internal affairs, was responsible for fighting corruption on the transport systems, and in February 1924 was named head of the Supreme Council of National Economy.

After Lenin ’s death in 1924, while his widow and many senior party members were against putting Lenin ’s body on display, some sources state it was Dzerzhinsky who insisted on the body being embalmed and organized the funeral.


Dzerzhinsky died of a heart attack on July 20, 1926 after a particularly heated two-hour long speech to the Bolshevik Central Committee, where he violently criticised Stalin ’s opposition. He was buried in Moscow, by the Kremlin wall.

In August 1991, a memorial to Dzerzhinsky by the KGB headquarters in Moscow was toppled by a cheering crowd, becoming a symbol of the end of the Soviet rule.