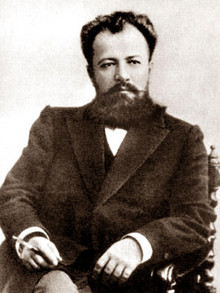 Vladimir Nemirovich-Danchenko was one of the towering figures of twentieth-century theater, known for being an innovative theatre director, writer, teacher, playwright, and producer. Nemirovich-Danchenko co-founded the Moscow Art Theatre with his famous colleague Konstantin Stanislavsky and helped usher in the new genre of naturalism in theatrical performance and writing.

From amateur to co-founder of the theater company

Vladimir Nemirovich-Danchenko was born in Ozurgety (now Makharadze), not far from Tbilisi, Georgia. His father, Ivan Danchenko, was a military officer in the Russian Army. From an early age Nemirovich-Danchenko showed a great love for the theater. By the age of 13 he was acting and directing amateur sketches and even trying out different stage techniques and effects. However, at the age of 18 he set aside his theatrical interests and went to Moscow, where he studied physics and mathematics at Moscow State University from 1876 to 1879. Theater remained his biggest love, however, and during this time Nemirovich-Danchenko continued his involvement in stage life as a critic. He put increased effort into his work as a theater critic and ultimately gained admiration and respect from his writings. Meanwhile, Nemirovich-Danchenko's creative urges sought release in playwriting and fiction. In 1881 Nemirovich-Danchenko published his first story, then wrote several plays, and had his plays staged by theater companies in Moscow and in St. Petersburg. 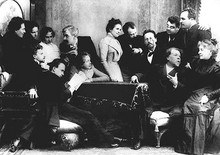 Nemirovich-Danchenko among artists of Maly Theater

Nemirovich-Danchenko's other plays included Gold, produced in 1895, which was the first play to hold a dress rehearsal in the history of Russian theater, and The Worth of Life, produced in Moscow in 1896. The Worth of Life was also awarded the Griboyedov prize, beating out Anton Chekhov's Seagull. Nemirovich-Danchenko's plays were produced at the Maly Theater in Moscow, the Alexandrinsky Theater in St. Petersburg, and on stages throughout the Russian provinces.


Nemirovich-Danchenko published, in addition to his plays, a book on acting translated as Drama behind the scenes in 1896, as well as two works of fiction The Governor's Inspection and Dreams. Dreams was Nemirovich-Danchenko's last work of fiction, as by the time it was published his career had already begun to take a new, historic turn.

Recognizing the dreadful state of Russian theater at the turn of the 20th century, Nemirovich-Danchenko arranged to meet with independent-minded stage director Konstantin Stanislavsky. Both were in search of a new genre or type of acting that bring new life to the Moscow stage. On 22 June 1897, Konstantin Stanislavsky and Vladimir Nemirovich-Danchenko had an eighteen-hour meeting that started at the Slavyansky Bazar restaurant in Moscow and ended at Stanislavsky’s dacha (or country house). They agreed to set up an “Art Theater” with an ensemble of actors and affordable ticket prices. Nemirovich would control the repertory, while Stanislavsky was in charge of directing. Originally, the two had dreamed of creating “The Moscow Art Accessible Theater”, in an attempt to create a theater open and accessible to all members of society and that would not be prohibitively expensive. However, this proved to be financially unfeasible, and “accessible” was dropped from the name of the theater, leaving simple “Moscow Art Theater”. 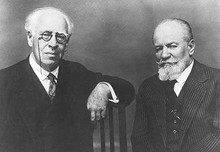 The Moscow Art Theatre opened on October 14, 1898 with Aleksey Tolstoy’s Tsar Fyodor Ioannovich, which was a great success. Unfortunately the next few plays were disastrous failures. Both co-founders were brilliant advocates of Ensemble Theater and were dedicated to purging the Russian theater of its insidious star system, in which plays, often bad, were written as vehicles for popular actors. They were also dedicated to preserving the authority of the dramatist, to honoring a play’s text and its creator’s intentions. Their company built a repertoire of productions of new and old plays, each based on a detailed staging worked out by Stanislavsky in advance, specifying every move, gesture, pause, tone of voice and sound effect.

The theater’s fortunes were saved by the spectacular success of Chekhov’s The Seagull. Nemirovich-Danchenko, who knew Chekhov, convinced both the reluctant dramatist and Stanislavsky to attempt a revival of the Seagull at the Moscow Art Theater. Chekhov was reluctant to give permission however, after the original disastrous production in St. Petersburg. After a rigorous rehearsal schedule, it opened in Moscow on December 17, 1898, and was greeted with tremendous enthusiasm and deafening applause. Although the work was not the first play produced by the theatre, it was the one that brought it overnight fame, and it acknowledged its indebtedness to the play by adopting the seagull as its symbol. Nemirovich-Danchenko had always encouraged Chekhov's theatrical aspirations, and he was the perfect playwright for the theater's philosophy. Thus began a long collaboration between Chekhov and the Moscow Art Theater that would see acclaimed productions of Uncle Vanya, The Three Sisters, and The Cherry Orchard. Besides Chekhov's plays, Nemirovich-Danchenko also chose to present productions of William Shakespeare, Gerhart Hauptmann, Henrik Ibsen, Maksim Gorky, Aleksandr Ostrovsky, and Fyodor Dostoevsky. 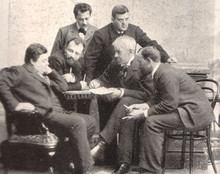 The Moscow Art Theater drew its actors from the best actors of two groups: Nemirovich-Danchenko's students at the Moscow Philharmonic School, where he remained until 1898, and from the Society of Art and Literature which Stanislavsky founded in 1888. The influence of the Moscow Art Theater on Russian and world theater in the late 19th and early 20th centuries is hard to overstate. Not only did the theater revolutionize the art of acting, leading theater from mannered to natural, but it revolutionized play production. While Stanislavsky had complete control in staging the productions, Nemirovich-Danchenko served as producer, editor, and selected the plays that would go into the repertory. He also advised Stanislavsky on interpretation and staging.

Following the October 1917 Russian Revolution, Anatoly Lunacharsky, the new Soviet commissar of culture, gave his support to the Moscow Art Theater. This in turn allowed the theater troupe to travel abroad and give performances in Europe and the United States. This tour lasted from 1922 to 1924, during which time the Moscow Art Theater gained widespread international acclaim. Nemirovich-Danchenko and Stanislavsky were now as well known abroad as they were in Russia. 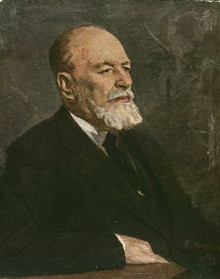 One of Nemirovich’s last and most important contributions was the organization of the Moscow Art Theater School. Nemirovich understood the need to have a school or studio for the training of future actors that could function under the protection and umbrella of the parent theater, but that could also be free to experiment and “develop its own understanding of art”, lest the discoveries and revolutions brought to the stage by Nemirovich and Stanislavksy should one day become stale. The Moscow Art Theater School opened in 1943, the year of Nemirovich’s death, and to this day bears his name.

The playwright was also awarded the State Prize of the USSR in 1942 and 1943, the Order of Lenin, and the Order of the Banner of Red Labor. He died of a heart attack in Moscow.