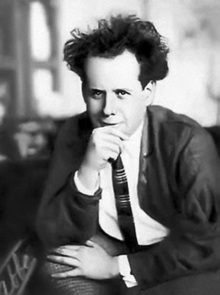 A film director, scriptwriter and theorist and the “father of montage cinema,” Sergey Mikhailovich Eisenstein was one of the world’s most famous and prestigious film directors whose theories still remain the subject of great interest and debate today and whose works are still regarded as among the most significant in cinema history.

Eisenstein was born on 23 January 1898, in Riga, Russia (now Latvia). He was the child of wealthy architect and engineer Mikhail Osipovich Eisenstein and Julia Ivanovna Konetskaya, daughter of a prosperous merchant. “I can’t boast my origin. My father is no worker. My mother is not from a working family,” writes Eisenstein in his “Autobiography.” At the Institute of Civil Engineering in Petrograd (now St. Petersburg) he studied architecture and engineering, like his father. In the wake of the 1917 revolution he began working as an engineer for the Red Army. The Civil War divided him from his father who supported the opposite side. He dug trenches and also acted in plays for the Bolshevik Army.

After his success in providing propaganda, Sergey was sent to the General Staff Academy in Moscow to undergo advanced training for officers and than transferred to Minsk to assume a higher position. At this time he studied Japanese, managed to learn some three hundred kanji characters and was exposed to Kabuki theatre. This passion led him to travel to Japan and deeply influenced his artistic views.

By the early 1920s he became the set designer of the Moscow Proletkult Theater, run by Vsevolod Meyerhold, a provocative Soviet symbolist director. Proletkult was a powerful tool of ideological propaganda whose goal was to promote working class culture. Later, graduating to the position of director, Eisenstein staged some avant-garde productions including a dramatization of Jack London's story “Mexicalia” and Aleksnadr Ostrovsky's “Enough Stupidity in Every Wise Man.” Meanwhile, he began to deliver lectures on different theatrical and artistic topics. One of his first theoretical works was “The Montage of Attractions” for the journal of the Levy Front Iskusstv (“Left Front of the Arts”) LEF, at that time a wide-ranging association of avant-garde Soviet writers, photographers, critics and designers, one of whose editors was Vladimir Mayakovsky.

Eisenstein's interest in film making began with D.W. Griffith’s works, whose editing style influenced him to produce his first cinematic endeavor in 1923, a five-minute newsreel parody “Dnevnik Glumova” (“Glumov's Diary”), an adaptation of Aleksandr Ostrovsky’s comedy. “Strike” or “Stachka” was Eisenstein’s first full-length feature film. In this remote 1924 movie he introduced a new kind of film language, dubbed "montage." As much as the film was a condemnation of Tsarism, it was also an innovative work of art. According to Meyerhold's theory of bio-mechanics, montage consisted of a sequence of conflicting images which served to abbreviate time spans and overlap symbolic meanings, with the cumulative emotional effect of a scene greater than the sum of its parts. The film's most memorable episode is a group of factory workers who are shot down, with the scenes of their deaths intercut with the depiction of cattle at the slaughter. Parallel images had a serious emotional impact on viewers.

His next film, the story of one of the tragic episodes of the 1905 Russian Revolution, “Bronenosets Potemkin” (“The Battleship Potemkin”) (1925) was critically acclaimed throughout the world. “Potemkin” remains one of the most fundamental landmarks of cinema. Its famous massacre on the Odessa Steps has been quoted so many times in other films (Brian De Palma’s “The Untouchables,” Francis Ford Coppola’s “The Godfather”) that it's likely many viewers will have seen the opy before they see the original (Peter Segal’s “Naked Gun 33 1/3,” Quentin Tarantino’s “Inglorious Bastards”).

With the tremendous success of the film he became embroiled in polemics with some in the Soviet film community over the purpose of cinema in "the building of socialism." Eisenstein believed that film should educate rather than just entertain, and avant-garde methods could be educational in socialist society as well. This support for avant-garde experiments would be used against him during the rigorous cultural politics of the 1930s.

In 1927 he was commissioned to direct “October: Ten Days That Shook The World” (sometimes referred to simply as “October” or “Oktyabr”) in celebration of the tenth anniversary of the October Revolution. Communist officials, already wary of the impact of his work on audiences, forced Eisenstein to temper his montage style, although the film clearly remained the product of his distinctive vision. In the film, the world saw Vladimir Lenin as a cinema and non-documentary character for the first time, played by a worker. Eisenstein’s next silent film “Generalnaya Liniya” (“The General Line”), filmed in 1929, about the joys of agricultural collectivization policy, found favor with Stalin and that year Eisenstein was granted permission for an extended tour abroad.

From 1929 to 1932 he visited Europe and the U.S. After a short stop in Paris to lecture at the Sorbonne, Eisenstein arrived in Hollywood to research the use of sound in feature films. However, his artistic approach to cinema was incompatible with the more formulaic and commercial approach of American studios and none of his three projects for Paramount Pictures were put into production. Among these projects were a biography of munitions tycoon Sir Basil Zaharoff, a film version of “Arms and the Man” by George Bernard Shaw and “Sutter's Gold,” based on Jack London’s story.

Intoxicated by the sensuality and simplicity of Mexican life, he attempted to write and direct a film about Mexico. Upton Sinclair, a wealthy socialist writer helped him by offering to fund the film “Qué Viva México!” Having filmed the greater part of the footage, Eisenstein sent it to Russia where it was intercepted by government officials and removed from the director's control. When Stalin threatened to banish Eisenstein permanently if he did not return to the Soviet Union from his prolonged tour, Sinclair seized the opportunity to pull the plug on the film. The film was turned over to Hollywood producer Sol Lesser who divided the footage into three separate pieces which were released in the United States as “Time in the Sun,” “Thunder over Mexico” and “Day of Death.” The director never saw any of them. 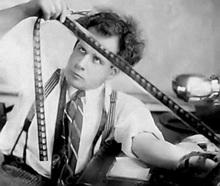 In 1932 Eisenstein was named a scholar of the Moscow Film School, where he wrote a number of essays about montage and motion picture direction. That year he also married his good friend and assistant, Pera Atasheva. His polemics of the 1920s were not forgotten – Eisenstein was criticized for being out of step and a formalist, which is to say he cared more about experiments with cinematic form than with making films "accessible to the masses." Ideological attacks on him culminated in 1937, at the height of the Great Terror, as Eisenstein was completing “Bezhin Lug” (“Bezhin Meadow”), his first film since returning from abroad. The second footage was watched and rejected, according to Eisenstein, a dozen days before the deadline after two years of filming. As a repression measure he was banned from teaching and the film was confiscated. Later on, the single copy of the film was badly damaged during the bombing of Moscow in 1941. 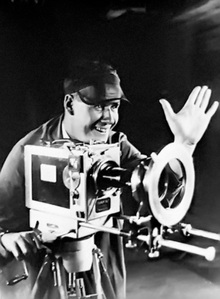 After surviving this attack, and after ten years of blocked film projects, Eisenstein wrote the required self-criticism and was given the opportunity to make a historical film. In 1938 he recreated a medieval military encounter between Russians and Teutonic oppressors in “Alexander Nevsky” and it became his true comeback. Although the director himself was ashamed of it, except for its "battle on the ice," and called it the least interesting in technical and intellectual terms of his works, the film became his most popular and beloved. It was praised for its patriotism and its anti-German attitude. Eisenstein won the Order of Lenin and, in 1941, the newly created Stalin Prize. Then he was made an Artistic Director at the biggest Soviet cinema studio, Mosfilm, a prestigious post.

Shortly before the German invasion and the entry of the Soviet Union into World War II in 1941 the director wrote his study “Film Form: Essays in Film Theory,” which analyzed parallels between cinematic and novelistic techniques. Meanwhile, he finished composing the scenario for “Ivan the Terrible.” He worked on it for the next six years, eventually completing only two parts of the planned trilogy. The trilogy was meant to portray Ivan The Terrible as a great leader, historically destined to found the Russian state but personally doomed by the murderous means he had used. In 1945 the first part received a Stalin Prize, but the second one did not please Stalin and was banned. The sequel was exonerated only in 1958 under Khrushchev. All footage from the third film was confiscated, most of it was destroyed.

While attending a party celebrating the premiere of “Ivan the Terrible (Part I)” the director collapsed from a heart attack. Eisenstein spent his remaining months preparing a theoretical study “The Film Sense,” and teaching classes in cinema technique at the Soviet Cinema Institute. He never recovered the strength to return to filmmaking. On the night of 11 February 1948 he suffered another fatal heart attack.

He was buried at Novodevichy Cemetery in Moscow.