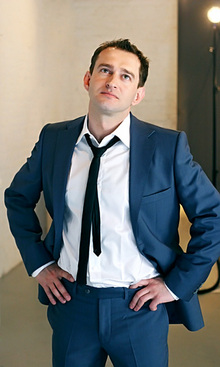 He was born in St. Petersburg into the family of an engineer and a teacher. When he was seven, the family moved to Nizhnevartovsk in Western Siberia, where they then lived for four years. As a child, he never dreamed of becoming an actor, and after finishing eight years of school he entered the college of aviation engineering and automation. But he left the college three years later.

At the time, he spent all of his free time with his friends. They were invited to the theatrical studio “Subbota” (Saturday), whose leader tried to impart the love of theater to the children. There, Khabensky took a job as a stage worker, sometimes appearing on stage himself. Gradually, he became increasingly involved in the theater’s life and decided to enter a theatrical university. He chose the Leningrad (now St. Petersburg) State Theater Arts Academy, which he entered in 1990 to study under Veniamin Ailshtinsky, one of the country’s master actors.

Khabensky played his first role in a movie in 1994, a bit-part in the comedy “Na kovo Bog poshlet” (the title is a Russian idiom for random chance). A year later, after graduating from the Academy, he was accepted to the “Perekrestok” (“Crossroads”) experimental theater, where he spent the

following year. At the same time he worked for a regional TV channel as a

music and news program presenter. In 1996 he moved to Arkady Raykin’s Moscow Theater of Satire. Here, he mostly played supporting roles in plays like “Trekhgroshovaya opera” (Three-coin Opera) and “Cyrano de Bergerac.” At the same time he continued screen work. In 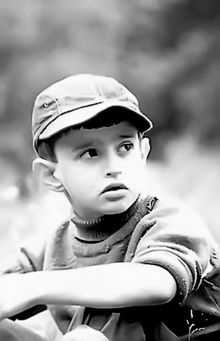 These works attracted attention to Khabenskiy, and soon, he was offered a small part in Nikolay Lebedev’s thriller “Poklonnik” (The Fan), and after that, one of the lead parts in Vladimir Fokin’s drama “Dom dlya bogatykh” (A House for the Rich), which earned him the “Best Male Actor” award at the Literature and Cinema Festival in Gatchina (St. Petersburg Region). At the same time he continued to work in the theater. In 1996, he played the lead role in “Kaligula” in the St. Petersburg Lensovet Theater. He also played in Georg Buchner’s “Woyzeck,” Samuel Beckett’s “Waiting for Godot” and George Bernard Shaw’s “You Never Can Tell.”

In 1999 Khabenskiy captured the lead role in the “Uboynaya Sila” (Killing Power) television detective series, which brought him wide recognition. Khabenskiy has stated he thinks of TV series only as “necessary work.” A year later he started to play in the “Imperiya pod udarom” (Empire on the Line) series. He continued his active work on the screen and on the stage, including the first Russian blockbuster,

In 2000 Khabensky married a young journalist, Anastasya, whom he had met in 1998. They came 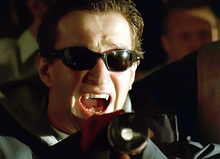 to register their marriage wearing jeans and sneakers, deeming love more important than any ceremonies. Anastasya followed Khabensky when he moved from St. Petersburg to Moscow. Several years later, while Anastasiya was expecting a baby, she learned of a growing tumor in her brain. Some sources suggest that the tumor might have been caused by a microstroke she had had as a result of a car crash a short time before childbirth. When her condition was discovered, Anastasya refused serious treatment categorically, as potent drugs could hurt the baby. She gave birth to the couple’s son Vanya (Ivan) on 25 September 2007, through a caesarean section.

After the child was born, Anastasya’s condition worsened and she was transferred to reanimation. Her tumor was removed and chemotherapy prescribed. After the first tumor removal surgery Anastasya and Konstantin held a wedding ceremony right in the hospital. But two months later, the tumor came back. Anastasya spent the last six months of her life

receiving treatment in one of the best hospitals in Los Angeles. Konstantin tried to spend as much time as possible together with her, constantly flying to America and returning to Russia to earn the money for the expensive treatment. American doctors tried several of the most progressive methods of treatment, to no avail. In December 2008 Anastasya Khabenskaya died, leaving Konstantin Khabensky to bring up their son alone.

The actor continues his screen work with one of his latest roles to date, that of Aleksandr Kolchak in the movie “Admiral.”