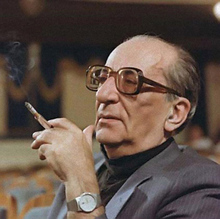 "I know no other theater director capable of determining the range of an actor's potential the way Tovstonogov did. Maybe because he really loved actors. He didn't envy their success, which enabled him to create a troupe that was later dubbed Tovstonogov's diamond crown," - Tatyana Doronina, actress.

Georgy Tovstonogov staged performances that became the glorified masterpieces of theatrical culture. “The Idiot” (1957), “Philistines” (1966), “Hanuma” (1972), “Story of a Horse” (1975), “Uncle Vanya” (1982) and others are among his best productions. During his prime Tovstonogov was considered one the best theater directors in Europe. A gifted teacher, he brought up a whole galaxy of legendary actors. Thanks to Tovstonogov's prominent gift the theater gained international acclaim. He was also a stage designer and even made costumes. He directed Gorky, Chekhov, Gogol, Sholokhov and many other classics.

Crisis in the Soviet theater 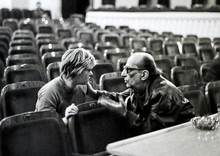 In May 1987, following a long drawn-out row inside the Moscow Art Theater, the government officially divided it in two. A few years later internal politics also destroyed the famed and beloved Taganka Theater. The break-up of the Soviet theatrical stars was a portent of the great collapse itself. People stopped going to theaters. But Tovstonogov’s home theater persevered. Not only did he stand his ground, he succeeded in expressing the final phase of theatrical stagnation in sharp-edged theatrical forms. Tovstonogov was the first to bring the works of Fyodor Dostoyevsky back to the Soviet theater. This became possible after Nikita Khrushchev denounced Joseph Stalin in February of 1956, and initiated the “thaw” in Soviet culture and politics. Tovstonogov's 1956 production of “The Insulted and Humiliated” was based on the eponymous book by Fyodor Dostoyevsky, and became a brilliant artistic response to the dictatorship of Joseph Stalin.

Today the theater is named after Georgy Tovstonogov, its long time director. Under the leadership of Tovstonogov the Leningrad Bolshoi Drama Theater (BDT) was nicknamed “Tovstonogov’s Theater” and that nickname became widely used by actors and the public. After the director's death many actors and loyal theater patrons appealed to the Russian federal government to commemorate the famous director. In 1992, the St. Petersburg Bolshoi Drama Theater was renamed after Tovstonogov.

The theater was founded in 1918 by the order of Maria Andreeva, the then-Commissar for Theater Affairs. The original name of the theater was Osobaya Dramaticheskaya Truppa (Special Drama Company in Russian). It was organized by merging the Theater of Tragedy led by Yury Yuryev and the Theater of Art Drama led by Andrey Lavrentyev. During the first year of its operation the theater performed on the stage of the Great Hall of the Petrograd (Saint Petersburg) Conservatory. The chief director of the theater was Andrey Lavrentyev and the Chairman was Aleksandr Blok, the outstanding Russian poet. The first performance of the new theater was Friedrich Schiller's “Don Carlos” on 15 February 1919. In 1920 the theater moved to the Fontanka Embankment building, also known as the Maly Imperial Drama Theater.

In Tovstonogov’s theater mainly classical plays were put on. By touching base with the classics, Tovstonogov was offering not so much different versions of the past but of the present. Tovstonogov produced something breathtakingly new. “We must forget that we are acting a comedy and that it must be funny. We must declare war on the vaudeville.” The breakthrough into the Soviet reality was Tovstonogov’s “Inspector General.” Neither before nor after did Tovstonogov have the nerve to comment so frankly on the nature of the people. 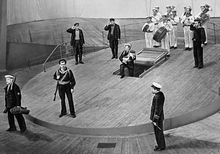 During the 1970s Tovstonogov’s art was oriented towards prose fiction. “The Story of a Horse,” was the very epitome of this. The story was started by Leo Tolstoy in 1863 and left unfinished until 1886, when it was reworked and published as “Kholstomer: The Story of a Horse.” Georgy Tovstonogov staged it in his theater in 1975. The horse was played by Evgeny Lebedev. “Kholstomer,” also translated as “Strider,” is one of the most striking stories in Russian literature. The Tolstoy production was the high point of Tovstonogov’s career.

It was in Leningrad (now St. Petersburg) that one of the most strict and instrumental versions of the directing method was developed. In answering the question about the ultimate goal of his art, Tostonogov said it was “to frighten the conscience.” Tovstonogov advised stage directors to keep the actor inside the small circle of circumstances and give him an impulse to start an effective action inside the local event. This will hold the stage director inside his own subject and idea, and will let this idea develop through the dramatic conflict and the performance’s eventful system. Tovstonogov's deeply psychological productions were characterized by polyphonic stage directions, an authorial interpretation of drama, a high awareness of culture and attention to the play's history. His original interpretation of classic plays and prose was based on a tradition. The director brought out the individual talents of the BDT's leading actors and combined it with a careful and efficient coordination of the entire ensemble, negotiating between the actors' psychological expressiveness and the metaphorical nature of the separate blockings.

In all, Tovstonogov staged over 200 plays in over 30 theaters. Tovstonogov is the author of six books, translated into many languages, and over 300 published articles and essays. His books “About the Profession of Director” (1965), “Circle of Thoughts” (1972) and “Mirror of Stage” are highly regarded among Russian actors and directors. He has taught acting and directing in Tbilisi, Moscow, Leningrad and many cities in Russia and abroad. In 1955-1989 Tovstonogov was a professor of directing at the Leningrad Institute of Theater, Music and Cinematography (now the Academy of Theater, Music and Cinema) in St. Petersburg. He also directed several stage plays for theaters in Europe.

Tovstonogov received numerous awards and decorations, including the Stalin Prize in 1950 and 1952, and the State Prize of the USSR in 1956, 1968 and 1978. He is a two-time recipient of the Order of Lenin and has been honored with the title of People's Artist of the USSR.

Georgy Tovstonogov was born in Tiflis (now Tbilisi), Georgia. Young Tovstonogov was fond of theater and started acting on stage while in high school. In 1933 he moved to Moscow to study acting and directing at the Moscow Institute of Theatrical Art (GITIS), from which he graduated as a theater director in 1938. He returned to Tbilisi and became a director at the Theater of Russian Drama named after Aleksandr Griboedov until 1946. In 1946-1950 he worked as a director at the Central Children's Theater in Moscow. 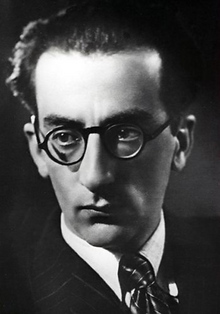 Tovstonogov moved to Leningrad (now St. Petersburg) in 1950 and until 1956 was a director at the Leningrad Theater of Leninsky Komsomol. There he continued his life-long effort to re-establish the Russian classical drama in Soviet-dominated theatrical repertoires. His work at the BDT is considered his main achievement.

Tovstonogov’s had a sister, Natela, known affectionately as Dodo to friends and relatives. She was married to the leading actor Evgeny Lebedev and they had son, Aleksey. Georgy and Natela were very close and many masterpieces were born with her kind help and support. She was a good adviser. The two families lived together and Natela devoted her life to the genius of her brother and husband and to raising the children.

The first wife of Georgy Tovstonogov was Salome Kancheli. She was an actress at the Tbilisi Drama Theater. They had two sons Sandro and Niko. They soon divorced and she left the children with Tovstonogov and his sister as she was afraid of loosing her leading theater roles. Niko was a very sick boy and Tovstonogov spent many months with him in hospitals.

Tovstonogov had many love stories before he was married, but his main principle was to be a good husband. His second marriage was to the actress Inna Kondratyeva. They divorced when Tovstonogov refused to give her the role she dreamed of in “Irkutsk Story.” 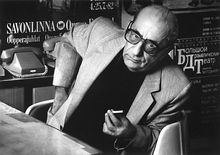 Tovstonogov was a heavy smoker. On 8 May 1989 he left the theater in his Mercedes as usual, drove a short distance through the city and stopped at a traffic light. He died at the wheel without breaking the Highway Code. With his passing the mission of the Soviet stage was brought to a symbolic close. He kept the flame alive in his home theater for nearly thirty years. After Tovstonogov’s death, Kirill Lavrov, an award-winning People's Artist of the Soviet Union, was unanimously elected BDT artistic director by secret ballot. He died April 2007 and was succeeded by Temur Chkheidze.