Kirill Serebrennikov is one of the most talented theater and film directors of modern Russia. He holds Russian national TV, film and theater awards and a Grand Prix from the Rome Film Festival for his movie “Playing the Victim.”

Kirill Serebrennikov was born on 7 September 1969 in the southern Russian city of Rostov-on-Don. As a boy Serebrennikov dreamt of becoming a Soviet cinema star like Andrey Mironov, but his parents, a school teacher and a doctor, thought he should be something more traditional – such as a doctor or a scientist. When he was in school, Serebrennikov staged a school play, which gave him his first taste of directing and got him hooked for life.

At 17, Serebrennikov came to Moscow to enroll in a theater college, but as an outsider with no necessary connections in the world of theater, he was turned down. He returned home and pursued a degree in physics at the Rostov University, graduating with honors.

However, physics couldn’t kill his love of theater. While at university Serebrennikov started staging plays – first on amateur stages and then on professional ones. During the seven years following his gradation, Serebrennikov staged a dozen plays in nearly all of Rostov’s theatres.

At about the same time he began his TV career – directing music videos and documentaries and nearly 100 commercial advertisements. His daring staging of Aleksandr Pushkin’s “Little Tragedies” was so out of line with the classical interpretation, it made him a local sensation, attracting the discontent and admiration of theater critics. He won a prize for the staging at a regional theater festival.

His fame reached as far as Moscow where he was invited to work. The great breakthrough came with the staging of “Plasticin,” a tragic story of a small-town boy, raped by his peers, who dies at the end of the play. Because of the controversial content, none of the city’s directors or actors wanted anything to do with the play. Serebrennikov decided to take his chances, although he did somewhat change the original script. For the first six months the production appeared to be a failure, but then word about the scandalous play got out and soon it was impossible to get tickets to see “Plasticin.” It blew up the theater community of Moscow and kick started Serebrennikov’s career in the Russian capital. Since then he’s won practically every national film and theater award. 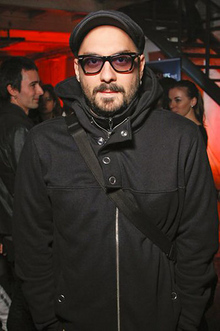 Serebrennikov has also enjoyed accolades as a film director. “Playing the Victim” won him the Grand Prize at the 1st Rome Film Festival in 2006. His success was followed by “Yury’s Day,” which won awards both at home and in the international arena.

Serebrennikov currently works under the roof of the renowned Chekhov Moscow Art Theater. He also continues to stage plays for other theaters in the capital. Some of his works include, “Threepenny Opera” by Bertolt Brecht, Tenessee Williams’ “Sweet Bird of Youth,” “Pillowman” by Martin McDonagh and “Some Explicit Polaroids” by Mark Ravenhill.

For a man who never received a formal education in theater directing, Serebrennikov is doing exceptionally well, perhaps because of it, not in spite of it. His out of the box thinking, which goes beyond everything traditional and accepted, guarantees an original interpretation of anything he undertakes. Serebrennikov has been invited to teach a master class at the Harvard Stanislavsky summer school of drama and he also teaches a directing class in Moscow, where he is raising a whole new generation of theater directors.

“I am often portrayed as a provocateur, but provocation for provocation’s sake is boring and useless. Provocation should be backed up by sense. Sometimes you need to pinch a patient’s nose to help him take the medicine. This is what doctors do… as do directors…”

Kirill currently lives and works in Moscow. He doesn’t like to share details about his personal life but according to what he has written on his website, he is not married and has no children.