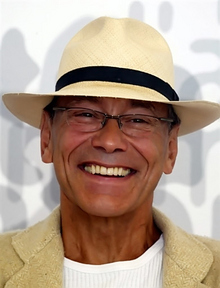 From music to cinema

Andrey Konchalovsky comes from a family of stars. He is the sone of Sergey Mikhalkov and actress Natalia Konchalovskaya. His younger brother is Nikita Mikhalkov . Konchalovsky is ex-husband of Irina Kandat, Natalya Arinbasarova (one child) and Vivien Gaudet (one child). Presently married to actress Yulia Vysotskaya (two children).

Andrey Konchalovsky first seemed to follow a musician's career. He studied piano playing in children's and junior school of Moscow Conservatory and then started the course of Conservatory itself. But in 1952, at the age of 22 he chose to enroll in the State Institute of Cinematography (VGIK) under Mikhail Romm.

There he met and befriended Andrey Tarkovsky. Together they worked on a number of film projects. Konchalovsky's academic film 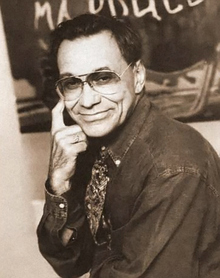 Next film by Konchalovsky The Story of Asya Klyachina Who Loved But Never Got Married (1966) was a bold experiment. For the most of the roles the director casted ordinary people who lived in the village where it was filmed instead of professional actors. The picture did not comply with the strict rules of Soviet censorship and was not released until after Perestroika in 1989.

Konchalovsky's two next films were adaptations of Russian classical literature: The Nest of Gentry and Uncle Vanya. Some critics disapproved his choice of themes saying that he gave up to the regime. However ideologically impartial critics praised the pictures for immaculate directorial work, visual beauty and irreproachable esthetics. Charles Chaplin admitted them to be the works of a great director.

But true international recognition came to Konchalovsky a few years later. Innovative Romance for Lovers (1974) and epic Sibiriade (1979) won a number of international awards and brought

Konchalovsky to the attention of American and European producers. In 1980 he was given the title of People's Artist of the USSR but it did not keep him from moving to work 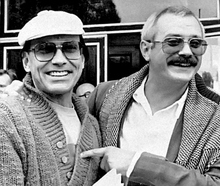 to Hollywood. Maria's Lovers, Runaway Train, Homer and Eddie, Tango and Cash and other English language films made by Konchalovsky had a warm response from critics and cinema-goers as well as a number of Oscar nominations.

In early 1990s Konchalovsky returned to Moscow to escape what he called dictatorship of Hollywood producers. His coming back was enthusiastically accepted by Russian public and his own family – father Sergey Mikhalkov and younger brother Nikita Mikhalkov who cautiously disapproved Konchalovsky's relocation overseas before the currently overthrown Soviet regime. The most successful picture directed by Konchalovsky in new Russia so far was

Prize and UNICEF Award in Venice. It estranged some part of critics and general public for the way he shows the events of Chechen war, but Konchalovsky's reputation and position allow him to express his views and opinions without reservations.

From time to time Konchalovsky travels to Hollywood to shoot TV productions. In 1997 he directed The Odyssey with a record for television $40 million budget. In 2003 his historic drama The Lion in Winter gave a Golden Globe to Glen Close who played the main role as well a large number of other wins and nominations to different awards for crew members 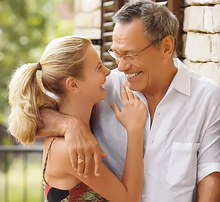 Konchalovsky with his wife
(image from allstars.pp.ru)

and the director himself.