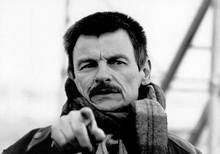 
Born April 4, 1932 in a small village of the Ivanov region, Central Russia, in the family of a famous Russian poet Arseny Tarkovsky. His mother Maria Vishnyakova also was a writer and a poet. Some critics even compared her talented works to those of Leo Tolstoy. When Andrey Tarkovsky was only 5 years old his father Arseny left the family and moved to Moscow in 1937.

Two years later his mother also moved to the Russian capital. Andrey together with his younger sister Marina attended Moscow's school #554 that still exists in the city. But then the war began, and the family had to flee out of Moscow to safer regions. They came back to Russian capital in 1943, when the war was still on, because the mother wanted her son and daughter to have good education at any stake. Besides general education Andrey also attended a piano class of a musical school and a class of painting in an art school. 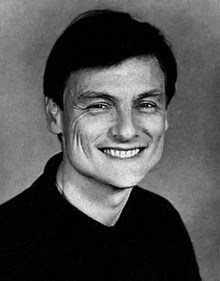 After graduation from high school in 1951, Tarkovsky entered Moscow's Institute of Oriental Studies, but he had to drop it after a serious brain concussion, which happened to him at a physical training class. After being discharged from the hospital Andrey had too much time to himself, and he got mixed up with some new friends from semi-criminal gangs.


His mother decided to part him from “a bad company” and sent him to Siberia to work as a geologist. Andrey spent a year in the taiga. He was impressed by the beauty of nature, and it was at that time when he first thought of becoming a film director.

After coming back to Moscow at the age of 22, he enrolled in Mikhail Romm's class in Moscow State Institute of Cinematography (VGIK) in 1954. His student short films impressed the institute's professors and were sent to a number of international film festivals both in Europe and America where they received high prizes.


But he was really noticed by international public with his first feature film Ivan's Childhood, a moving war story. It received many world awards including “Golden Lion” of the Venice Film Festival in 1962. Since then Tarkovsky's talent as a film maker is indisputable. 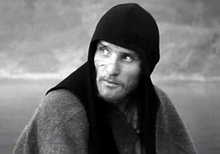 Any of his new films would become a huge event in the cultural life of not only Soviet Russia, but also the Western World. Shamefully the communist authorities did tend to rank any piece of art by its ideological virtues rather than artistic merits. Because of that Tarlovsky's second feature masterpiece Andrey Rublyov (which got 3 international awards including one at Cannes in 1966) was as they said “put on a shelf” or in other words banned from showing in the USSR until 1971.

The communist officials appreciated Tarkovsky's 1972 Solaris which they thought to be an answer to Kubrick's 2001: A Space Odyssey. But then again his next two films Zerkalo (Mirror) and Stalker were announced ideologically unworthy and were not recommended for a long run in the theaters. It created noticeable tension between the artist and the authorities and resulted in defection of Tarkovsky to the West in 1983 after he was officially allowed to film abroad his Nostalgia, a story of 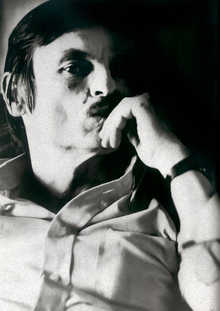 a Russian poet traveling across Italy. His last film The Sacrifice was made in Sweden in 1985. Both of them won the Special Grand Prix of the Cannes Film Festival's Jury.


Along with directing motion pictures Tarkovsky also staged some theatrical plays. Two most acclaimed are his version of Shakespeare’s Hamlet in Moscow Lenkom theatre (1977) and Boris Godunov, the opera by Andrey Rublyov production Larisa Kizilova. They had an only child, son Andrey, who is now also in the Russian film business. Soon after launching his last film The Sacrifice in 1985 Andrey Tarkovsky was diagnosed with lung cancer. One of the greatest film directors of the 20th century died in a Parisian hospital on December 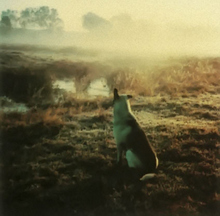 29, 1986 at the age of 54 and buried at the Russian cemetery Sainte-Genevieve-des-Bois, near the French capital.