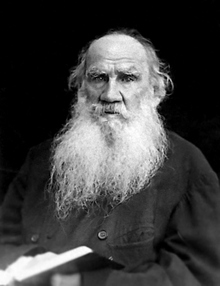 A Russian writer, Leo Tolstoy is widely seen as one of the greatest European novelists of all time. His masterpieces “War and Peace” and “Anna Karenina” have been read by millions around the world and continue to inspire filmmakers at home and abroad.

The fourth of five children, Tolstoy was born into a family of old Russian nobility in Yasnaya Polyana, an estate in the region of Tula in Central European Russia. His parents died when he was a child and he was brought up by relatives.

At 16, after more than two years of intense preparations, Tolstoy entered Kazan University to study Oriental languages and later took up law. But he didn’t enjoy the classes and his teachers described him as both unable and unwilling to learn. Tolstoy dropped out before completing his courses, returned to the family estate and began spending a large amount time in Moscow and St. Petersburg. His interests at the time couldn’t have been more volatile – the young Count divided his time between books, music and dreams of joining the army. He also got caught up in high society, spending nights in ballrooms and at gambling tables.

In 1851, after clocking up massive gambling debts that would take him years to pay off, Tolstoy accompanied his elder brother to the Caucasus. He joined the army and spent almost three years in a Cossack village. He began writing and published his first short novel “Childhood,” which like “Boyhood” and “Youth” that followed, was inspired by Tolstoy’s own early years. After the publication, its author woke up famous.

In 1853 the Crimean War against the Ottoman Empire began. Driven by patriotism and dreams of battlefield glory, Tolstoy volunteered to the frontline. He served in an artillery regiment, witnessing the siege of the port of Sevastopol where he showed exceptional courage and received several awards. His description of the horrors of war in “The Sevastopol Sketches” earned him further popularity.

After leaving the army in 1857, Tolstoy traveled to Europe. An avid reader, fluent in English, French and German, he became interested in the European educational system. Upon his return, Tolstoy founded a school for peasant children in Yasnaya Polyana, where he himself taught. He returned to Europe in 1860, visiting more schools in France, Italy, Germany and Britain and published magazines and textbooks on the subject. 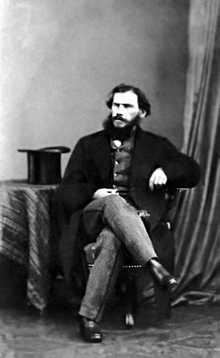 In 1861 Russia saw the abolition of serfdom. Tolstoy took the post of conciliator in Yasnaya Polyana but soon angered the local nobility by actively taking the side of the peasants in disputes and was fired. The following year marked a turning point in his life. He married a Moscow doctor’s daughter, Sophia Bers, 16 years his junior. She bore him thirteen children and became her husband’s devoted secretary. For the next twenty years the family remained in Yasnaya Polyana only rarely visiting Moscow. Settling into calm countryside life in his beloved estate, Tolstoy had the time and inspiration to write.

Tolstoy’s major work, “War and Peace,” appeared between the years 1865 and 1869. The epic tale is widely thought to be one of the greatest novels ever written. It tells the story of several families against the background of Napoleon’s 1812 invasion of Russia. The book has some 580 characters, many historical, others fictional. The plot is a thrilling mix of events and people, playing out from Moscow’s ballrooms to the battlefields of Austerlitz and Borodino.

His other masterpiece, “Anna Karenina” (1873-77), tells of the doomed affair between a high society woman trapped in a passionless marriage and a dashing officer. Set against a rich canvas of nineteenth-century Russia, the gripping tale is a quest for love, family happiness and the meaning of life. The novel has been adapted to the cinema in Russia and Hollywood several 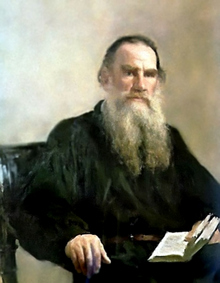 But after finishing “Anna Karenina” Tolstoy faced a profound crisis. In the 1880s he started seeing himself more as a sage and moral leader than a writer. He desperately questioned faith, science, art, justice and marriage. His search for spirituality led him to give up copyright of his earlier works. He came to believe that he didn’t deserve his inherited wealth and began working with the peasants, plowing and making boots. His theory of non-violent resistance to what he saw as the world’s wrongs garnered a large following around the globe. These ideas had a profound impact on such twentieth-century figures as Mahatma Gandhi in India and Martin Luther King, Jr. in the U.S.. But Tolstoy’s sharp criticism of Christian dogmas and state institutions provoked the wrath of the clergy and the authorities. In 1901 his excommunication from the Orthodox Church sent shockwaves throughout Russian society.

Tolstoy’s shift in values also caused cracks in his marriage. His famous opening line of “Anna Karenina,” “Happy families are all alike; every unhappy family is unhappy in its own way,” became part of his own story as the writer and his wife drifted apart. Their relationship at the time was described as one of the unhappiest in literary history.

On a late autumn evening in 1910, 82-year-old Tolstoy secretly left Yasnaya Polyana. But his poor health failed and he died of pneumonia at a remote railway junction. Eight years after his death, his wife apparently remarked: “I lived with Lev Nikolayevich for forty-eight years, but I never really learned what kind of man he was.”