It’s mentioned in songs and poems and has saved thousands of people from freezing to death. The legendary telogreika jacket was first introduced as part of a military winter uniform during the Second World War and was later worn not only by soldiers but by prisoners and guards in gulags and was also a must-have in the wardrobe of every Soviet worker.

The word telogreika literally means “body warmer.” It’s a quilted jacket, made of cotton and is usually gray, khaki or black in color. Grey telogreikas were normally used by workers, black were given to tank crews and khaki to soldiers. When it was a part of a uniform, it usually went with quilted trousers. Thanks to the light material used, it’s easy and cheap to make. In terms of popularity it can probably only compete with valenki.

The telogreika, however, wasn’t invented in Russia. After Soviet troops saw Finish soldiers wearing these jackets in the Winter War (a military conflict between the Soviet Union and Finland) they quickly copied the style. Later the Red Army was supplying telogreikas not only to its own troops, but also to partisans and allies like Poland and Hungary. In WW2, freezing German soldiers also appreciated the qualities of telogreikas, taking them from the captured or killed.

For the intellectual and upper classes, the telogreika was used as a means of becoming “close to the common people” – when an intellectual put a telogreika on, it was a sign of belonging to the working class. 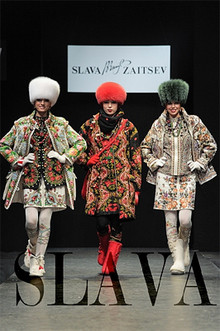 For body and soul

The telogreika has many similarities with the dushegreika (a warm women’s sleeveless quilted jacket, popular in the Tsar’s Russia). After the Revolution, the dushegreika was mainly forgotten and replaced by its new Soviet counterpart. But the difference between them is not only in their look and usage: the word dushegreika literally means “soul warmer” whereas its Soviet variant derives from the word “body.”

In the 1960s, the telogreika lost its place as part of the army uniform, with the bushlats and the woolen shinel greatcoat taking its place. But it remained popular in the daily lives of people (especially in the 60s and 70s).

At the end of the 20th century, thanks to some fashion designers, it became a must-have item for some western fashionistas. The telogreika became a springboard for famous Russian designer Vyacheslav Zaitsev. When he was just staring his career in the 80s, Zaitsev was given a Party task to revive the telogreika and come up with a new design.

He did this by introducing the telogreika in bright colors: orange, pink and yellow. However the Party didn’t approve of his collection, claiming that the colors were not appropriate for the modest Soviet worker. Nevertheless, his collection was noticed by the French press - as was the designer. Nowadays, the Zaitsev Fashion House sponsors a yearly competition for the best telogreika.