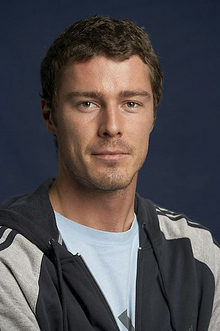 Marat Safin is a retired tennis player, who held the number one world ranking for nine weeks between 2000 and 2001. He has won fifteen titles, including two Grand Slam titles and two Davis Cups. His total earnings are estimated at around $14 million. Marat is the elder brother of Dinara Safina, who ranked number one in 2009. They are the first brother-sister pair in tennis history to both achieve number one rankings.

Marat’s first acquaintance with tennis took place when he was just five-months old. His mother, a tennis coach, couldn’t find a babysitter, so she brought him with her to work. While Marat was growing up, he was always out on the courts with the children his mother, Roza Islanova, coached. When he was six he took a tennis racket into his hands and began playing. And of course, his mother became his first coach. “You have to work hard to explain to some kids how to hold the racket properly and how to make the right moves, but Marat just did everything right on his own,” she recalls. She also trained her daughter, Safin’s younger sister Dinara. When Safin turned 14, he was sent to Spain to start serious training.

“My wife had a real hard time sending Marat away,” recalls Safin’s father Mikhail. “She wasn’t such a bad coach for him, but she realized the time had come when a mother’s coaching was no longer enough. He needed some tough male coaching. Safin’s sponsor thought the 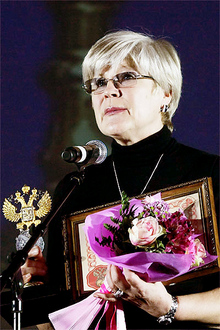 same. It was hard to let him go. How can you let a fourteen-year-old boy go to a different country, when he speaks not a word of Spanish? After only two days he called home almost crying: ‘Take me back to Moscow! I don’t understand anything. I don’t understand what my landlady is saying, what the vendors say in shops.’”

But he soon overcame these difficulties. He made many friends and his landlady became a second mother to him. Every morning the neighbors watched the Russian tennis player walk an old lady to the shop and carry her bags. “He is so simple and polite, not like modern young people, it’s as if Marat was from another time,” said the landlady.

Rosa, for the most part, agrees with Marat’s landlady. “You know Marat just can’t be rude. He helps everyone, who asks him. You’ve probably observed that on the court as well.”

There was an interesting episode at Roland Garros, which supports this characteristic. Safin was playing against Gustavo Kuerten. The referee insisted that Kuerten had sent the ball out of the field, and Kuerten went into a long argument trying to prove that the ball was in. Safin walked to the referee and asked him to count the ball in. 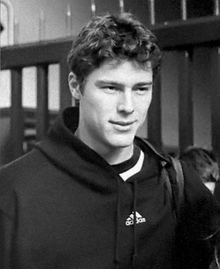 Marat learned his way around Valencia and learned the language. In his free time he and his friends traveled throughout Europe. However, it wasn’t just about enriching his culture – Marat was gaining many skills, training under Pasqual and Rafael Mensua, and soon he broke onto the professional tennis stage.

In 1997, Marat moved more than 200 ranking positions with an 11-5 match record in Challenger play. He won his first title in Espinho, and soon afterwards turned pro. His Pro Tour debut started at the Kremlin Cup in Moscow. The following year Safin defeated Andre Agassi and defending champion Gustavo Kuerten at the French Open. By the end of 1998, Safin had gained nearly 150 ranking spots and finished the year in the Top 50.

In 2000, Safin won his first Grand Slam title at the US Open by defeating Pete Sampras in the finals and became world number one in ATP rankings.

He held the title for nine weeks between 2000 and 2001. A succession of injuries 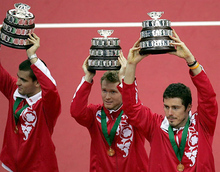 hindered Safin’s further progress and he had to miss the majority of the 2003 season. However, he reached the final round in three more Grand Slam tournaments, all at the Australian Open in 2002, 2004, and 2005.

His best result at Wimbledon was reaching the quarterfinals in 2001. In 2002, he reached the semifinals of the French Open, which is his best performance there to date. He also led Russia to win the Davis Cup in 2002 and 2006.

Safin’s success paved the way for his sister Dinara, six years his junior, to enter professional tennis. While their mother coached her, when it came time for serious training it was Marat who provided the finances for the family to live and train in Spain. This time their mother went along with Dinara, and they were able to rent an apartment on their own. 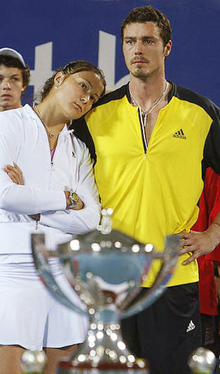 Despite all the help he provided, Marat didn’t believe in his sister’s success. Even when she started making progress in the professional arena, his comments about her were rather negative. He admitted this later, when Dinara surprised everyone with her results. It was definitely beyond of everyone’s wildest expectations that she’d ever get as far as her brother and become number one in world rankings. Safin had to do a lot of rethinking, but finally accepted her in this role. He has now become very protective of Dinara and stands up for her in interviews.

Safin’s temperamental and straight manner of playing has made his performance more than just a game of tennis. The fans love him for his emotions on the court – one can count on fireworks during his game. He is the only player to kiss a female referee as an apology for accidentally hitting her with a ball, or leave the court halfway into the game. According to his estimation, he’s smashed about 700 rackets during his tennis career. At Rolland Garros in 2004, Safin dropped his pants in sheer excitement after playing a particularly hard ball. Later he said, “It was a great point for me! I felt like pulling my pants down. What’s bad about that?” Contrary to the cheering crowd, the referee gave Safin a one-point penalty and a $500 fine. However, most times, he simply got away with a smile.

Safin didn’t just conquer the heights of tennis - in 2005, Safin along with his friends went on an expedition to the Himalayas. “I was tired and burnt out. Friends gathered for an expedition to the Himalayas and I asked to go along with them. Six hours on a plane, and you’re in a completely different world. We ascended to the sixth highest mountain on the planet. I began to work out my situation and realized that 70% 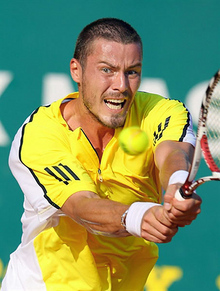 of it was the rat race, the remaining 30 percent required a decision. Of course, part of my life may look like a fairy tale – championships, parties, press conferences. But, in fact, it is the same Groundhog Day as for any ordinary person, just different trajectories. He is a ‘house – traffic – office – shop – home’ and I am ‘airport – hotel – court – hotel – airport.’ You can go crazy from the lack of emotions. From time to time, you should just sit, walk, eat and understand that everything will fall into place by itself.”

Safin, who has long been recognized as the sexiest man in tennis, has made headlines in the yellow press. Besides dating Spanish players he has had some relationships with Russians as well – Dasha Zhukova, who recently had a child with Roman Abramovich, and Nastya Osipova from the band Blestyashie, with whom he split up in 2009.

According to the yellow press, Marat has a five-year old daughter with a 28-year old businesswoman named Valeria. His friends say it was a passionate love affair that ended before the child was born. He hasn’t recognized the girl as his daughter, but does help support her financially. Valeria recently married a famous lawyer and hardly keeps in touch with Marat. 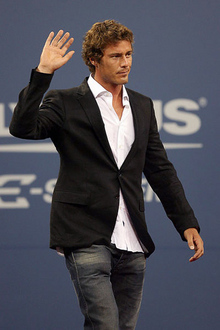 Safin announced that 2009 would be his last year in tennis and that he was planning to retire at the end of the year. “I’m a bit tired of doing the same thing for 25 years. I’ve spent one month of the whole year in Moscow on average during my career. Right now I want a more intellectual development, and to apply my brains in a different field. Tennis is a wonderful base for a person’s development. But when you are past your peak in tennis and are going downward from there, it’s better to leave so you won’t look like a shot down pilot. Besides, I’m almost 30, and it’s an excellent age to learn something new, or start a family. There is a world of opportunities, if you can make the right choice and not get confused.”

His last tennis dream was to finish his career in Paris, the site of his biggest success. In November 2009, Safin played his last tournament as a professional tennis player at the Paris Masters at the Bercy Palais Omnisports – the scene of one of the greatest moments in his career, where he won three Masters tournaments and clinched Russia’s first ever Davis Cup. At the end of the game he received a standing ovation from some 14 thousand fans as a good-bye.

He said he was happy to go because he was no longer excited about playing tennis and he was looking forward to finally being able to manage his own time and exploring the world outside tennis. 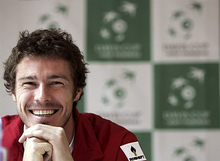 Safin also announced his ambition to join politics. In December 2009 he put his candidature up for the vice-presidency of Russia’s Olympic Committee, but withdrew at the last minute. “I thought it was better that way – I lack experience. It’s better I learn what this is all about, meet the people in this field, understand how the whole system works first.”

He says that he would go into politics with a clear goal in mind, “I’m there to propagandize sport – it’s the most important thing.”

He is a member of the Council of Russia’s Olympic Committee, and attended the Vancouver Winter Games as a functionary. Like everyone else in the country, he was disappointed with Russia’s poor results and thinks this gives him a broad field for work. He says he’s not afraid of politics: “I don’t belong to anyone, and I have nothing to lose. I can say ‘thank you very much, good bye, I don’t need this’ at any time, although I wouldn’t like to fail those who elected me. If there is a good team, I’m more than willing to throw myself completely into the work.”