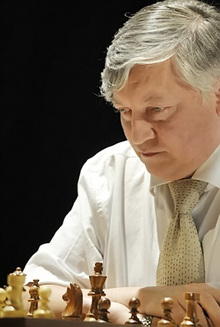 Anatoly Evgenyevich Karpov is a Russian chess player, the 12th World Chess Champion, an international grandmaster, deserved Master of Sports and three-time champion of the USSR.

Karpov was born in the workers’ town of Zlatoust in the Urals. His father was a worker and later an engineer at a factory. In his early years, Karpov wanted to become a pilot and promised all of his relatives a ride on an airplane. He took his first chess lessons from his father and after starting school, he began playing chess in a club of the factory’s Palace of Culture. He was nine when he received his first category as a chess player. In 1965 he finished seven-year school, having received diplomas every year and winning a multitude of competitions. That same year the Karpov family moved to Tula. Later, Anatoly went abroad for the first time, to a tournament in Czechoslovakia and won his first prize and the title of Master of Sports of the USSR.

Two years later, a string of events predetermined his quick ascent as a chess player. In summer he graduated with honors from the math class of a Tula school and entered the Mechanics and Mathematics Faculty of the Moscow State University. That same year he moved from the “Trud” (“Labor”) club to the CSKA, to become financially independent. In Stockholm, he became a Junior World Champion. 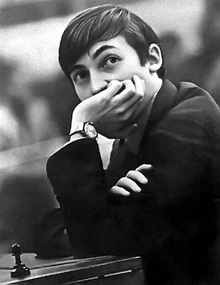 In 1969 he moved to the Economics Faculty of the Leningrad State University. A year later he won the Russia championship in Kuybyshev (Samara) and earned the right to take part in the championship of the USSR. The next year, he took part in an important international tournament in Caracas, Venezuela and promptly fulfilled a grandmaster’s standards. In 1972 Karpov debuted in the USSR select team at the World Chess Olympiad in Skopje, Yugoslavia, where he played a major role in the Soviet team’s victory. At the end of the year in San Antonio, USA, he attended the “Fried Chicken Tournament.” (The event’s founder was a Texas millionaire named Church, who had made a fortune selling fried chicken.) Karpov won the event. At the time, Soviet students had to undergo military reserve training duty and Karpov was no exception despite his fame as a chess player. He graduated from the Leningrad University reserve officer-training department as an artillery officer.

In April 1975 World Champion Robert James Fischer, after long talks with FIDE, refused to play with the pretender, and Karpov became the 12th World Chess Champion. During most of the next two years, he tried to persuade the ex-champion to play a match outside FIDE, to the discontent of the Soviet sporting institutions and the KGB, but no agreement was reached, thus making Karpov not only the first world champion to not ever play a 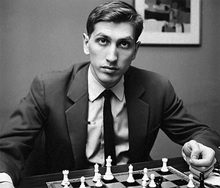 In 1978 and 1981 Anatoly Karpov successfully defended his title against Viktor Korchnoy. The standoffs between Anatoly Karpov and Garry Kasparov were among the most significant chess events of the 1980s.

Altogether, they played five matches for the World Championship title, more than any other pair of adversaries. The first match, in 1984, at first posed no problems for the champion. With a six-victory cap, he led 5:0. But Karpov never managed to win the sixth game, and the match was interrupted at 5:3 without declaring a winner. A new match between the two contenders, in 1985, was won by Kasparov, who also won the return match and defended the title in the two following matches. Despite the loss of the title, Karpov continued to show exceptional results as a player. 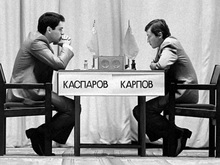 He had a grand victory in the Linares chess tournament in Spain in 1994, one of the best tournament performances of all time, against the best chess players of the world. In 2002 Karpov managed to defeat Kasparov after all, in an unofficial four-game match. After the previous championship system collapsed, Karpov became a three-time FIDE World Champion, after winning against Jan Timman in 1993 and Gata Kamskiy in 1996, and in the first championship tournament under the Olympics system in 1998, beating Anand Viswanathan in the finals.

Karpov’s life was not limited to chess. Starting in 1978, he worked as a junior researcher in the complex social studies institution of the Leningrad State University. Two years later, he became a junior, then senior, researcher of the political economy department. He was also a social figure, chairing the Soviet Fund of Peace, and later a similar establishment in Russia. He is one of the best-known philatelists in the CIS and is the author and co-author of a series of books. In 1999-2003 he was a chairman of the board at the Federal Industrial Bank. In 2004, he became a member of the Presidential Council on Culture and in 2006 Anatoliy Karpov was appointed Acting Chairman of the Ecologic Safety and Environmental Protection Commission.