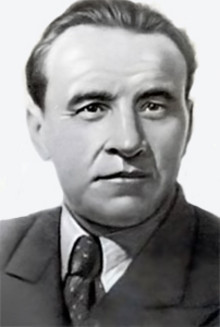 Aleksandr Nikolaevich Bakulev was born in a small village in the Vyatka (now Kirov) region. His parents were peasants. In 1911, after graduating from a classical school, Bakulev entered the Medical Department of the Saratov University. In 1915 he graduated from the university. It was the time of World War I and the Russian army was in need of doctors. Bakulev was sent to the Western Front immediately after graduation. For nearly three years he served as a junior doctor in regimental hospitals. In 1918 he received a medical degree from the Saratov University. When the Civil War (1918-1922) between the Red Army and the White Guard broke out in Russia, Bakulev was called up for the Red Army. In 1922, after demobilization, he returned to Saratov. There he worked as an intern, then assistant at the clinic of hospital surgery. The director of the clinic was Bakulev’s teacher Sergey Spasokukotsky.

The year 1926 was a crucial moment in the life of the future great scientist. Bakulev’s teacher Spasokukotsky went to work at the Moscow Medical University. He invited Bakulev to go with him. In Moscow Aleksandr Nikolayevich worked as an assistant, lecturer and second professor.

That same year Bakulev married one of his colleagues; his wife was a surgeon-gynecologist. Unfortunately their family happiness was short-lived. In the early 1930s Aleksandr's wife suddenly died. A few years later Bakulev married for the second time. His second wife was a doctor, too. Soon they had a daughter, Marina. With the lapse of time she made a successful career as an art historian.

Bakulev defended his Candidate's thesis in1935. Then in1939 he obtained a doctoral degree. In his research work Bakulev continued the investigations begun by Spasokukotsky. Bakulev studied purulent diseases of the pleura. He made a bold surgery for removing the tumor mediastinum (1930). In a hospital surgical clinic in Saratov, Bakulev, for the first time in the USSR, used a radiopaque substance in the surgery of kidney and ureter transplants. He developed original methods of plasty of the esophagus (1935), held restorative and reconstructive operations on the biliary tract and developed methods for the surgical treatment of peptic ulcers.

Bakulev’s great success was the performance of an operation on the adhesive pericarditis (1935). For the first time in the Soviet Union Bakulev removed the patient's lung, which was wounded by chronic suppuration (1945). His book "Pneumonectomy and Lobectomy" (1949) opened the way for Soviet doctors to radical operations on the lungs. For the development and introduction into medical practice of these operations he was awarded the Stalin Prize (1949).

During World War II Bakulev published a series of research articles on the surgical treatment of gunshot wounds to the spine and spinal cord and brain abscesses. He advanced a bold proposal for the radical treatment of traumatic brain injuries, regardless of how much time had elapsed since the injury. He made a huge contribution to the development of neurosurgery. He was the first in the USSR to develop and apply a new method of treatment for brain abscesses by repeatedly puncturing the abscess cavity filled with air (1940). Bakulev was also a pioneer in the application of intubation anesthesia in the USSR. 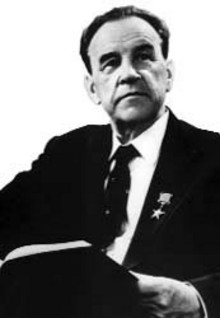 That same year Bakulev became the first surgeon in the USSR to perform an operation for congenital heart disease. In 1957 he performed the first operation on mitral valve stenosis and in 1959 he developed an operational method for the treatment of valvular stenosis of the pulmonary artery.

In 1953-1960 Aleksandr Nikolayevich headed the Academy of Medical Sciences.

Bakulev constantly introduced new methods and technologies of treatment. For example, he was the first to apply sensing heart angiocardiography. For his development and implementation of operational treatment methods of acquired and congenital heart and great vessels Bakulev was awarded the Lenin Prize in 1957. In 1955 he organized the Institute of Thoracic Surgery (now the Institute of Cardiovascular Surgery named after Bakulev).

The honored Russian surgeon spent half a century at the operating table. In memory of his last operation, he transferred his medical tools to the Museum of the History of Medicine in Moscow. In 1965 he became the first Russian surgeon and the thirteenth in the world, to be awarded the international “Golden scalpel” prize.

Once Bakulev was asked how many operations he had performed over 50 years. He replied: “My main goal in life was not the amount of operations. It was the desire to learn the technique of surgical interventions. And as soon as I mastered the technique, I immediately switched to another section of surgery. The improving of surgical technique was achieved due to the fact that I taught at the clinic. I tried to teach the younger assistants what I had already learned. I think this method has played a huge role in my self-improvement. When I helped those who were performing the operation, I had a possibility to watch all the faults and not to repeat them again.”

Another of Bakulev’s great merits was the creation of a scientific school of cardio-vascular surgery. Not only was he a famous surgeon; Aleksandr Nikolayevich combined his medical, scientific and pedagogical activity with social and public work as well. He was a member of the Supreme Council of the USSR (1951-1962) and an honorary member of many domestic and international surgical societies. Bakulev was the editor-in-chief of the Big Medical Encyclopedia (1954-1967).

The Academy of Medical Sciences instituted a prize for outstanding works in the field of surgery named after Bakulev.

In front of the Institute of Cardiovascular Surgery named after Bakulev there is a monument to the scientist.

Vladimir Zworykin Zworykin is known for his contribution to the development of many electronic devices, including the all-electronic television.