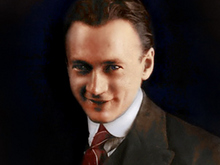 Life before the 1917 Revolution

He was born into the family of a wealthy Russian merchant and had brilliant opportunities for education. He studied at the St. Petersburg Institute of Technology. In Russia’s then capital, he worked at the laboratory of Professor Boris Rosing, a pioneer in vacuum electronics, who successfully created a primitive system for the electronic transmission of images based on cathode ray tubes (CRT). Later he traveled in order to improve his knowledge at Paris’s College de France and then at Charlottenburg Institute in Germany.

During World War I he was conscripted into the Russian army and served as a Signal Corps officer, thanks to his knowledge of radio. After the first Russian revolution of 1917, he almost became a victim of the crackdown on abusive officers, when a soldier accused him of “mistreating” him by making him repeat the same words over and over into a microphone while Zworykin was messing with equipment in another room. The ridiculous charges were dismissed by the court.

Immigrating to the USA 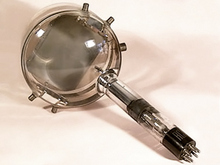 His military rank played a pivotal role in Zworykin’s decision to flee from Russia after the Bolshevik revolution. All officers were expected to report to and join the Red Army on the pain of prosecution, but Zworykin wanted to follow an engineering career and had no intention of fighting in the civil war against his own countrymen. After a short involvement with the government of the Czarist movement in Omsk, he immigrated to the United States.

His first American employer was Westinghouse Electrics. The television system Zworykin demonstrated to them in mid 1920s was not impressive at all, according to his own account, and the management told him to “devote his time to more practical endeavors”. However, he continued research in his spare time. Anecdotes say the laboratory guard was instructed to send him home at 2 a.m. if he happened to forget about time.

By the end of the decade, Zworykin had developed prototypes of a receiver based on CRT, and advanced his image-transmitter design. The research drew the attention of David “The General” Sarnoff, a fellow Russian immigrant and a senior manager at the Radio Corporation of America (RCA), who offered Zworykin a job and funding for his research. The initial cost of the project, both in money and time, turned out to be much higher than the initial estimates, however. It was partially because RCA failed in a patent rights battle against Philo Farnsworth, whose “image dissector,” while technologically inferior to Zworykin’s camera tube, had precedence over it. 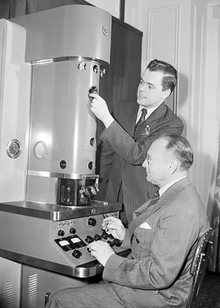 In 1933, RCA’s team published a paper on a TV camera tube they called “Iconoscope”. It inherited the principle of charge storage, first used by Hungarian inventor Kalman Tihanyi in his “Radioskop,” which greatly enhanced the tube’s sensitivity. Later models also had greater resolution than mechanical television or electronic alternatives ever allowed. Zworykin’s system was the first commercially viable one, which makes some of his biographers call him, rather than Farnsworth, the inventor of electronic television. Iconoscope was replaced by the image orthicon tube in the mid-1940s, however many of its principles lived on.

The midwife of other inventions

A similar though less-known story of Zworykin greatly improving other people’s inventions happened with the electronic microscope. The concept belonged to German Ernst Ruska, who built the first prototype together with Max Knoll in 1931. But RCA’s team, headed by Zworykin, built the first model to reach a milestone magnification of 100,000x in 1940, which was a big step forward for the technology.

Among other applications of Zworykin’s work are night vision devices, sight aid technology, targeting systems for guided missiles and radar systems. His later research focused on medical applications of television and radio technology, probably thanks to his late second marriage to Ekaterina Polevitskaya, a professor of bacteriology. He contributed to the creation of a color microscope for studying living cells. He helped develop a system for telemetry with the use of a radio pill, a small probe that monitors the environment inside the stomach and intensifies and transmits them via radio signal. Another interest was computer analysis in weather forecasting.

Back to the USSR... for a short while 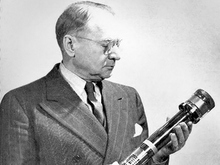 Zworykin is known as an American scientist, but he might have been known as a Soviet one. After becoming famous in the 1930s, he visited Soviet Russia to help smooth negotiations for RCA, who wanted contracts for its products. The authorities were offering him a return ticket and support in research. With his relatives living in Russia, the temptation was big, but eventually Zworykin chose to stay in the US.

Ironically, his involvement with a foundation helping people of the Soviet Union during World War II, which was virtually the only public effort by Zworykin, made him a target of suspicion and barred him from joining a commission which was sent to the defeated Nazi Germany to evaluate their scientific and technological achievements. The engineer said he was almost expecting a forced retirement from RCA, but the worst didn’t come along.

In 1967 together with his wife Zworykin traveled to his homeland for the last time in his life. There they reportedly eluded counter-intelligence officers to visit the city of Murom, where the scientist was born and which was a closed territory for foreigners at the time.

It’s told that, up until his death in 1982, Zworykin had a heavy Russian accent.