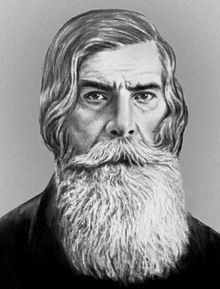 Vladimir Bekhterev was an outstanding Russian medic, psychiatrist, neurologist, physiologist, psychologist and founder of reflexology in Russia. He created the Psychoneurological Institute in St. Petersburg, which now bears his name.

Vladimir Bekhterev was born in a village in Tatarstan, Russia. His father was a collegiate secretary, who died in 1865 of tuberculosis.

After graduating from a classical school, Vladimir entered the Medical Academy. He studied successfully and in the fourth year of education he chose his specialization – psychiatry. Bekhterev was one of the top graduates of the Academy. This gave him the opportunity to take exams at the Institute for Advanced Studies. But with the outbreak of the Russian-Turkish War (1877-1878), army doctors were needed. Bekhterev did not enroll in the Institute, becoming instead an intern doctor at a clinic for mental and neurological diseases. He worked enthusiastically, reading a lot and performing his own medical research.

In 1879 Vladimir Bekhterev was admitted to the Society of Psychiatrists in St. Petersburg. Soon he married and moved with his wife to St. Petersburg from the city of Vyatka, Tatarstan. In St. Petersburg he wrote a series of ethnological articles and became known as a publicist. 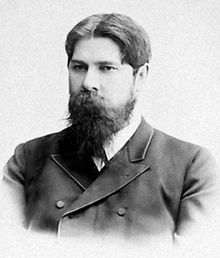 In 1881 Bekhterev earned a doctoral degree in medicine. He focused on the physical connection between the physical state of a man and his mental diseases. Bekhterev’s thesis was published and translated into German. At the same time Bekhterev began to read lectures to students on the diagnosis of nerve diseases and in 1884 he began working at the clinic for mental illness.

In 1883 Vladimir Mikhailovich began his research in the field of reflexology. He investigated the role of individual brain structures in charge of motor functions. For his work in this area Bekhterev was awarded a Silver Medal of the Society of Russian Physicians. That same year Vladimir Mikhailovich was elected a member of the Italian Society of Psychiatrists, an indication of his growing reputation outside Russia.

In 1884 Bekhterev went on an academic mission, first to Germany, then to France. In Paris Bekhterev especially wanted to work with Jean-Martin Charcot, the founder of the world's first department for neurological patients.

While in Germany, Bekhterev was asked to lead the Department of Psychiatry at the University of Kazan (Tatarstan). He accepted the offer and returned to Russia in 1885. 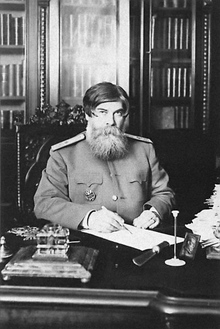 When Bekhterev arrived at the Department of Psychiatry in Kazan, his first task was to re-organize it. Then he began his fundamental study of the nervous system. He studied the nervous system under normal and pathological situations. During the first stage of his research Bekhterev concentrated on the structure of the brain. These physiological studies formed the basis of a large number of his publications.

Vladimir Mikhailovich was always convinced that there was no distinction between nervous and mental diseases. He claimed that nerve diseases were often accompanied by mental disorders. Bekhterev analyzed the disease in which spinal curvature is as a result of the defeat of the nervous system. The disease is now known as the Bekhterev's disease.

In 1891 Vladimir Mikhailovich organized and headed the Neurological Scientific Society in Kazan. In 1893 the Society began to publish the magazine “The Journal of Neurology,” which Bekhterev edited.

Later that year he headed the Department of Mental and Nervous Diseases at the Military Medical Academy in St. Petersburg. After moving to St. Petersburg, Bekhterev began the organization of the first neurosurgical operating room in Russia. He did not perform surgery, but he took an active part in the diagnostics of neurosurgical diseases. 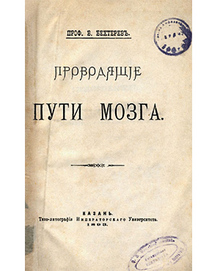 In 1894, Bekhterev received a general's rank and was appointed a member of the Medical Board of the Ministry of Interior. Bekhterev’s efficiency was amazing. He wrote from fourteen to twenty scientific papers every year. His accumulated life and academic experience spurred Bekhterev to make philosophical interpretations and generalizations. In 1902 he published the book "Mind and Life" in which he gave his opinion about the nature of mental processes.

Bekhterev’s main work in neurophysiology became the book "The Fundamentals of the Theory of Functions of the Brain," which he wrote based on his own long-standing experimental and clinical studies. The edition includes seven volumes.

In 1907 - 1910 Bekhterev published "The Objective Psychology," in which he laid the foundations for a new trend in psychology. In his view, all mental processes were accompanied by reflexes, which could be observed and analyzed. In his work Bekhterev also distinguished individual, communal, national and comparative psychology. He also suggested that child psychology become a separate area of science.

After the October Revolution of 1917 Bekhterev cooperated with the government in the field of public health. On his initiative the Institute for Brain Research and Mental Activities was inaugurated. Until his death Bekhterev served as its director.

Vladimir Bekhterev died on 24 December 1927. There is an assumption that shortly before his death Bekhterev diagnosed Joseph Stalin with paranoia. Some researchers connect this fact with the sudden death of Bekhterev. However, there is no direct evidence to support the theory.

After his death Bekhterev left his own scientific school and hundreds of students, including 70 professors.