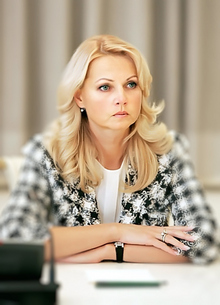 Before she served as Health and Social Development Minister of Russia in 2007-2012.

Tatyana Golikova is not your typical blonde. With golden curls and velvety blue eyes, she once left her male colleagues speechless when she appeared at a cabinet meeting in a laced blouse exposing her sensual lingerie. Yet, her manners appear strict and proper; her speeches abound in figures and her image is anything but flirty.

Born into a blue-collar family, Golikova has always been an overachiever. A strait-A student in high school, she dreamt of becoming an anthropologist, specializing in African tribes. But the family’s wishes took over and instead of studying geography she entered the prestigious Plekhanov Institute of National Economy.

Described by classmates as diligent and a bit too serious, she set her sights on becoming an economist and never changed her mind. As the Soviet Union fell into pieces, its planned economy disintegrating, Golikova continued cracking numbers. For almost two decades after graduation, she has worked in the Finance Ministry, most of this time dealing with the country’s budget. Her phenomenal memory and ability to cite budget figures by heart earned her nicknames such as Miss Computer, Miss Budget and Budget Queen. 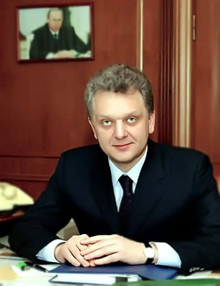 Yet, her private life couldn’t always keep up with her career. Her first marriage lasted 5 years and ended in a quiet divorce without children and mutual grievances. But her second marriage made headlines and challenged her image as a dry business lady with a calculator in place of a heart. Her romance with the then Industry and Trade Minister Viktor Khristenko began when he was still married with three children.

Reporters sensed something was going on when Golikova, then First Deputy Finance Minister, changed her strict suits and turtlenecks for brightly colored blouses and dresses. Golikova and Khristenko tied the knot quietly in 2003.

Four years later, Golikova was appointed to head the Health and Social Development Ministry – a strategic institution entrusted with numerous social programs and suffering from chronic under-funding. In post-Soviet Russia, where social benefits were often granted in exchange for electoral preferences, the ministry’s ability to fulfill pre-election pledges could mean the difference between stability and social unrest.

One of the two women in the cabinet, Golikova represented a change of face from her predecessor Mikhail Zurabov, a highly unpopular figure with the country’s pensioners for his efforts to substitute Soviet-era benefits with cash payments. Some analysts even speculated that the prim and proper Golikova owed her appointment not only to her skills and experience but also to her appearance that could win the hearts of Russia’s restive elderly. 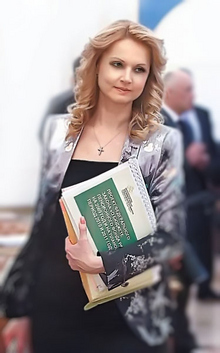 While Golikova’s early years as minister proved relatively easy - rising oil revenues allowed the government to expand its social programs - the advent of the economic crisis is putting her managerial ability to the test. Since October 2008, the number of jobless Russians has almost doubled, with about 50,000 jobs lost every week.

Health and social development has become the hub of the government’s anti-crisis policies, but its effectiveness in dealing with the social side of the economic slow-down still remains disputed.

In May 2012 Golikova resigned the office and was appointed to advise President Vladimir Putin on socio-economic development of Russia’s allies South Ossetia and Abkhazia.