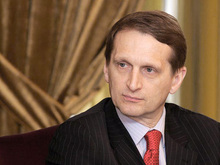 Sergey Naryshkin was born on 27 October 1954 in Leningrad (now Saint Petersburg). Some researchers believe he is a descendant of the noble Naryshkin family who had relations with the Russian Imperial Family. Others affirm that Sergey Naryshkin has no connection to the famous historical family. Naryshkin himself has never commented on it.

In 1978 Naryshkin graduated from the Leningrad Institute of Mechanics. His major was engineering. Later he attended the St. Petersburg International Management Institute. In 1982 Naryshkin became Deputy Vice Rector of the Leningrad Polytechnic Institute. He was responsible for the international scientific relations and foreign economic relations of the institute. Naryshkin spent some time in Belgium serving at the Soviet Embassy. According to some sources, Sergey Naryshkin worked for the KGB and had studied at a KGB school together with Vladimir Putin, the future President of the Russian Federation.

In 1992-1995 Sergey Naryshkin headed the economic growth department of the City of Saint Petersburg. Later he became the chairman of the city’s Committee of Economics and Finance. His career as a businessman was also successful. In 1995-1997 Naryshkin was the chief of the external investment department of Promstroybank, one of the largest banks in Saint Petersburg. In 1997 he headed the investment department of Leningrad Region (Leningrad Oblast) government. In 1998 he was appointed Chairman of the External Economic and International Relations Committee of the Leningrad Region, and remained as such until 2004. 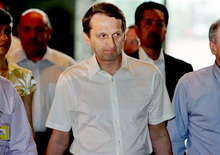 Sergey Naryshkin is married and has two children. An enthusiastic sportsman, in 2006 he became President of the All-Russian Swimming Federation. He is a passionate theatergoer and jazz-lover. Naryshkin has been honored with important state awards. He was a member of the Russian-French Economic and Trade Council and speaks English and French.