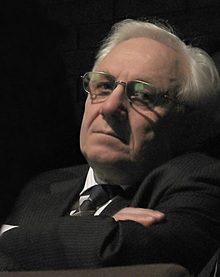 Sergey Filatov is a Russian politician and President of the Fund of Socio-Economic and Intellectual Programs.

Filatov was born in Moscow. Both his parents worked at the Moscow metallurgic plant. Filatov’s father, who was also a poet, helped his son to form an interest in literature, which many years later was to become one of Filatov’s most passionate activities, inspiring him to become a prominent Russian patron of young writers.

From 1955 Filatov worked at the Moscow metallurgic plant, holding different posts. In 1964 he graduated from the Moscow Energetic Institute with a diploma in electromechanics, after which he spent two years in Cuba (1966-1968), working as an adviser at the José Martí metallurgic plant.

In 1969, as a young specialist, he began his scientific activity at the All-Union Scientific Research and Design Engineering Institute of Metallurgic Machinery Manufacturing. Filatov’s research was very successful. In 1984 he received the degree of Candidate of Technical Sciences (equivalent to a Doctor of Philosophy degree) and in 1987, he was awarded the USSR State Prize for his work in the development and implementation of new technologies in steel production. 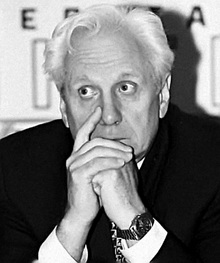 In 1992 Sergey Filatov created and took the lead of the Inter-Parliamentary Assembly of the CIS, and that same year became a permanent member of the Security Council of the Russian Federation.

In 1993-1996 Filatov held the post of Chief of the Russian Presidential Administration, the executive office of Russia's president, created by the decree of Boris Yeltsin as an institution supporting the activity of the president and vice-president. He took an active part in the events of the Russian Constitutional Crisis of 1993, a confrontation between executive and legislative powers. This historically important period culminated with the bloody clash on 3-4 October 1993, in which dozens were killed and hundreds wounded. Sergey Filatov worked for a peaceful resolution of the conflict as the head of the delegation of President Yeltsin’s representatives during the negotiations held at St. Daniel Monastery.

One of Filatov’s most noted contributions to the formation of the Russian Federation as a state was the establishment of the Constitutional Council and its elaboration of a new draft constitution, which was adopted in December 1993. As he pointed out, “we had to legitimately revive the judicial sphere of the country.”

Another subject of Sergey Filatov’s concern was the development and implementation of laws on local government. He initiated the process of a change, from the appointment of governors to their election by the people.

In February 1996 the Russian Federation became the 39th member-state of the Council of Europe. Sergey Filatov played a major role in arranging this membership: he prepared and passed to the Parliamentary Assembly of the Council of Europe the commitments signed by the President, the Chairman of the Government, the Chairmen of the State Duma and the Federation Council of the Russian Federation. These commitments included 20 paragraphs that dealt with the adoption of a new Criminal Code and Code of Penal Procedure, the reforming of the judicial system and an improvement of the country’s human rights situation.

In 1996 Sergey Filatov left his public state service to become the deputy head of the election campaign of Boris Yeltsin, who was running for his second-term presidency. In July 1996 Yeltsin won the elections, having gathered about 54 percent of the vote, and became the President of the Russian Federation. 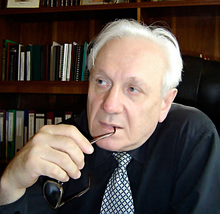 In the following years Sergey Filatov led various organizations aimed at the development of Russia’s economy, enterprises and the improvement of the living standards of Russian citizens while at the same time seeking to widen and strengthen international cooperation.

Currently Sergey Filatov takes part in the work of a number of institutions, but his most well-known activity is connected to the Fund of Socio-Economic and Intellectual Programs, where he holds the post of the president. The Fund participates in innovative and commercial projects and seeks to help resolve the major problems facing Russian society while strengthening the country’s democratic principles.

Filatov’s name is also closely associated with the development of Russian art: he is frequently mentioned in the press as “a patron of young literature.” Sergey Filatov is a permanent member of the International Art Academy, a member of the Russian Journalists Association and a member and a co-chairman of the Moscow Writers Association. He is the author of numerous articles and publications and has written four books (“On the Way to Democracy,” “Absolutely Not Secret,” “Political Science Lectures” and “On Both Sides…”).

The annual Forum of Young Russian Writers, initiated and run by Sergey Filatov since 2001, is widely known and very popular. The project has two stages: groups of experts are directed to different regions of Russia in order to find and select talented young authors, who then participate in a Forum in Moscow or Saint Petersburg. The brightest writers have a chance to take part in TV programs, are eligible to receive grants or references and even have their books published.

Work in funds and social projects, it seems, is more fulfilling for Sergey Filatov than political activity. Answering the question about his opinion concerning the current situation in Russia, Filatov has expressed his disappointment with the discord in the political sphere: “It is upsetting for me as a politician... I am raising Russian literature… I am absolutely sure that the sun of literature will overcome any discord.”

Sergey Filatov is married and has two daughters.