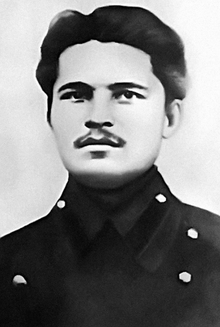 A prominent Soviet politician, Sergey Kirov was known either as Stalin’s “true friend and closest comrade-in-arms” or his main rival for the post of head of the USSR. Kirov’s murder in 1934 triggered the infamous Great Purge that led to the execution and imprisonment of more than one and a half million “enemies” of the Communist state.

Sergey Kirov (at birth Sergey Kostrikov) was born in the town of Urzhum, Russia, into the poor family of a woodsman. When Sergey was seven years old his father left the family and his mother died soon afterwards. Kirov was brought up in an orphanage and then studied at a technical school Kazan.

Sergey Kirov began his political activity in 1904 when he joined the Bolsheviks, a faction of the Russian Social Democratic Labor Party (RSDLP) founded by Vladimir Lenin. At the time the revolutionary movement in Russia was in rapid development despite constant suppression by the Tsarist authorities. Kirov was arrested several times and in 1907 was sentenced to 19 months in prison. According to his memoirs, Kirov used this period of imprisonment for self-education.

In order to escape pursuit by the police, in 1909 Sergey Kirov moved to the Northern Caucasus, to the city of Vladikavkaz, where he headed the local branch of the RSDLP. Until 1918 Kirov worked as a member of the editorial staff of the newspaper Terek, taking part in revolutionary propaganda, meetings and strikes.

After the October Revolution the Bolsheviks came to power and founded the Soviet Union. Sergey Kirov became one of the leaders who fought for the establishment of Soviet rule in the Northern Caucasus and is thought to have taken part in mass terror, employed by the Bolsheviks in the region.

In February 1919 Kirov became active militarily, organizing the suppression of anti-Bolshevik revolts in the city of Astrakhan. Later he fought to overthrow the government of Georgia and to re-established Soviet rule in Azerbaijan. In 1920 Kirov took part in negotiations which resulted in the Polish-Soviet peace treaty. In July 1921 he was appointed First Secretary (Head) of the Communist Party in Azerbaijan. 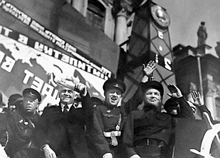 Sergey Kirov’s importance as a politician increased considerably during the mid 1920s, when Josef Stalin began forming his own team to help him set up his one-man dictatorship within the Communist Party and throughout the country. In 1926 Kirov was put in charge of the Leningrad (currently Saint Petersburg) Regional Party Committee and in 1930 became a member of the Politburo of the Central Committee of the Communist Party, one of the highest governing bodies of the USSR. At the time Josef Stalin held the post of General Secretary of the Central Committee, ergo the head of the USSR.

Kirov gained Stalin’s trust by supporting his policy concerning the “grubbing” (up-rooting) of “disloyal” Party members, particularly those who supported the United Opposition, a group formed in 1926 by Leon Trotsky, Lev Kamenev and Grigory Zinoviev in opposition to Josef Stalin that demanded, among other things, a greater freedom of action within the Party. In Leningrad, which was thought to be the center of Zinoviev and Trotsky’s activities, Sergey Kirov organized a large-scale purge, which led to thousands of former oppositionists being executed or exiled to labor camps.

Kirov either initiated or permitted the purge of members of the Academy of Science who were accused of “attempts of organizing an armed revolt against Soviet rule” and planning a re-instatement of the monarchy. More than five hundred scientists, many of whom were sent into exile, fell victim to the purge.

Sergey Kirov paid special attention to the industrial development of the Leningrad Region and the North-West of Russia on the whole, though the style of his organizational activity was highly controversial. For example, to solve Leningrad’s housing problems caused by an increase in the number of jobs in the city, Kirov ordered the immediate eviction from the city of “useless” people with “non-working” origins, forcing tens of thousands of intellectuals and scholars to move to Siberia.

The relationship between Josef Stalin and Sergey Kirov has always caused much debate; the two politicians were thought of either as the best of comrades or as main rivals for leadership of the Soviet Union. In January 1934, a group of Party members, unsatisfied with the policies of the Soviet leader, allegedly suggested that Kirov should take Stalin’s post as General Secretary. Most historians agree that Kirov vigorously refused the offer and immediately informed Josef Stalin about it.

There is also information that during the Congress of the Communist Party in 1934, when delegates voted for the new Central Committee membership, there were 292 votes (25 percent) against Stalin and only three votes against Kirov. Josef Stalin, allegedly, ordered the rigging of these elections and claimed that he received only three negative votes.

In December 1934 Sergey Kirov was shot in the corridor of the Smolny Institute in Leningrad, known as the headquarters of the Communist Party. The killer, Leonid Nikolaev, was executed several weeks later. 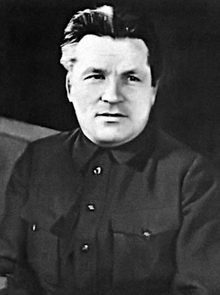 A few hours after Kirov’s murder an official statement was released claiming he’d become victim of the plotters and enemies of the Soviet Union, particularly the heads of the United Opposition, Kamenev and Zinoviev. Aside from this version, there were also suggestions that Sergey Kirov was killed either per Stalin’s order or as a result of a domestic crime: Kirov was rumored to have had an affair with Leonid Nikolaev’s wife, Milda Draule, who was executed three months after her husband.

Most historians state that this assassination, whether or not ordered by Stalin, was used as an excuse to arrest and execute many unwanted Party members and executives. Kirov’s death is commonly thought to be the precondition for the Great Purge (1937-1938), in which over half a million people were executed with even more dying in labor camps.