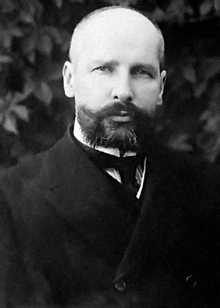 Throughout the history of modern Russia, Pyotr Stolypin has remained a controversial figure. He is famous chiefly for his agricultural reforms and the draconian methods he used to deal with his opponents. However, during his time in office both as Minister of the Interior and Prime Minister, he was the author of many progressive policies in finance, military and education. In difficult times of social and political change, he walked a thin line between what he believed to be for the good of the country and the social welfare of its people. Some consider him to be the demon of Imperial Russia, others – the driving force of history.

Stolypin's family was prominent in the Russian aristocracy. His father was a famous general in the Russian army while his mother was the daughter of the Russian foreign minister at the time. Stolypin was related to generals, senators and the famous Russian poet Mikhail Lermontov. The future reformer was born in Dresden, Germany. He was brought up and educated in Lithuania, spending his childhood summers in the Swiss Alps. On his graduation from the gymnasium in 1881, he entered St. Petersburg University to study at the faculty of physics and mathematics. Afterwards, he entered the Russian Imperial Ministry of the Interior – the traditional path for members of his family – abandoning his dream of becoming a chemist.

Up to the age of forty, Stolypin spent his life in rather remote, yet historical places around Russia. He served as the Governor of Grodno (now located in western Belarus) from 1902, becoming the youngest person ever to be appointed to the post in the area. In 1905 he was transferred to Saratov province in southern Russia. Stolypin took office at what was a difficult time for Russia in general and for this agriculturally-driven province specifically. Civil unrest spread through peasant communities and Stolypin had very distinctive views on how to resolve the issue. He dealt with the revolts using an unlikely combination of firmness and understanding, which attracted the attention of Nicholas II, the Tsar at the time.

As a result of his decisive actions in Saratov, Stolypin was made Interior Minister in May 1906 and quickly secured the position of Prime Minister for himself as well. The politician pleased the Tsar and the moderate conservatives in his entourage with his energetic disposition and excellent oratory skills. In the light of growing civil unrest and Bolshevik attacks, Stolypin instituted a series of fast-paced trials of terrorists. The verdicts were reached quickly and were often harsh. It was during this time that the term “Stolypin's tie” came in to use – meaning the hangman’s noose and the expression “Stolypin's wagon” was used to describe the trains which took prisoners to hard labour camps. During the years of Stolypin's prime ministership (1906-1911) nearly 3,000 people were executed after summary verdicts in public trials. 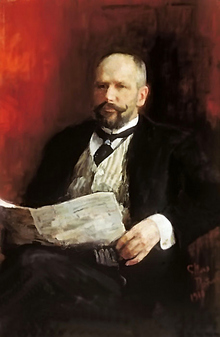 Stolypin's key reform, the one for which he is remembered in high school history books, is the agrarian one. He aimed at a “wager on the strong”, i.e. the creation of an independent peasantry which would become a bulwark for the reformed autocracy. He made it possible for ex-serfs to buy themselves out of the peasant commune and for small strips to be consolidated into capitalist farms, aided by loans from the Peasant Land Bank. About two million households (about one-eighth of the total) took advantage of these arrangements before 1916, many moving into the less populated Siberia and Central Asia.

Nevertheless, Stolypin instituted other important changes into the running of pre-revolutionary Imperial Russia. He extended religious freedoms to Jews and other political groups. Old Believers, a breakaway group of the Russian Orthodox Church since 1666, gained political freedoms for the first time. He instituted changes to the welfare state, insuring workers in case of illness, accidents, death of family members and other events. He decentralised the government, giving more autonomy to local politicians and made education more widely accessible.

He is often cited as one of the last major statesmen in Imperial Russia with a clearly defined political programme and a determination to undertake major reforms. Therefore, he is currently a historical figure who creates a wide field for debate. On one side, Stolypin's supporters consider him to have been Russia's last potential saviour from Bolshevism. They say that his patriotism caused him to have a harsh, but realistic stance on contemporary realities. Some even go as far as comparing Stolypin with Russia's ex-president and current Prime Minister, Vladimir Putin. Others see him as a tyrant, driven by arrogance and indifference, who didn't see the reality behind his own idealised vision of Russia.

Some of Stolypin's measures were opposed by the socialists and liberals. This didn't displease him much as he saw them as a nuisance, rather than a real threat. The opposition caused Stolypin to dissolve the Duma (Parliament) in 1907. In 1911 when the Duma opposed parts of his agrarian reform, he threatened to resign, aiming to make the Tsar pressurise the parliamentarians into accepting the proposal. His plan worked, but it made him seriously unpopular with the Tsar and the whole cabinet. When he arrived in Kiev on an official visit with the Tsar in 1911, a carriage in the royal procession wasn't provided for him – a clear indication of the fact that he would probably be dismissed. Before this could happen, however, Stolypin was mortally wounded by a Socialist-Revolutionary terrorist at a theatre in Kiev on September 1, 1911.