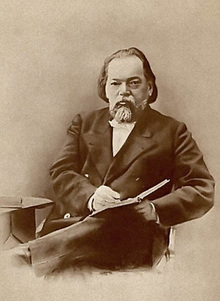 During his life as a lawyer Fyodor Plevako defended about 200 judicial court cases - and won most of them. He was involved in some of the most well-known and scandalous lawsuits in Russia. His clients waited in a queue, sometimes for a few years. Plevako explained his success by saying, “behind a prosecutor there is a silent, cold and unshakable law, whereas behind a defender there are real people. And they rely on their defenders, climbing on their shoulders. It is scary to slip with this load.”

As Fyodor Plevako’s friends liked to say, his career as a defense lawyer began in his infancy, when in 1842 he gave his first defense speech while being carried to the river by his mother Ekaterina. The desperate woman was the common-law wife of customs officer Vasily Plevak, who lived in Troitsk (a town in Russia’s Chelyabinsk Region). The couple had four children, all of whom were considered illegitimate, which for those times was an incredible shame. Ekaterina, distressed from being mocked by the community, decided to drown herself together with her newborn son Fyodor, and ran towards a river. Only Fyodor’s sudden loud cry brought his mother to her senses, and saved their lives.

In 1851 Vasily Plevak moved all his extra-marital family to Moscow. He wanted to give his two sons, Dormidont and Fyodor, a good education, and paid a large sum of money for their education in a commercial school. Both brothers finished their first year of study with distinction, but, unfortunately, they were expelled after the school’s administration found out that

Dormidont and Fyodor were illegitimate children. The brothers then studied in a gymnasium, and in 1859 Fydor entered the Moscow University Faculty of Law. Upon graduating from the university, he decided to continue his education in Berlin. After four years Fyodor Plevako returned to Moscow and starting working as a secretary for a court chairman. A few months later he made the decision to start his career as a lawyer.

During the end of the 1850s – beginning of the 1860s, the Russian judiciary system was considerably reformed. The old system of closed, written court proceedings was replaced by an open court with people’s representatives, jurymen and a public contest between defenders and prosecutors. Fyodor Plevako was among those who founded and developed the art of court defense and won great recognition and fame as a lawyer. His number of clients grew so fast that Plevako couldn’t do all the work by himself and had to pass orders onto his colleagues and pupils. By the beginning of the 1880s his name soon became a common noun synonymous with the word “lawyer,” and Russian people would sometimes say about their lawyers “I’ve got a bad Plevako, I need to hire a better one.” 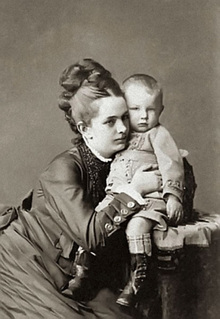 Fyodor Plevako was equally respected by both noble and common people. Remembering his previously tough life, Plevako didn’t refuse to defend poor people, and, according to some sources, he didn’t charge them for his services as a lawyer. At the same time, Fyodor Plevako’s rich clients had to pay him very large fees for his services.

Plevako’s defensive speeches became legendary and much talked-of. One example is found in the case of an old priest, who was charged with adultery and theft. All evidence was against the defendant, and it seemed that he could not count on the jurymen’s mercifulness. Present his closing statement, Plevako’s said to the jury: “Right in front of you there is a person who for thirty years has been absolving you of your sins. Now he is waiting for your decision: will you absolve him of his sin?” The priest was discharged.

In another story Plevako defended an old woman who had stolen an inexpensive tin kettle. The prosecutor, knowing of Fyodor Plevako’s sympathy towards poor people, decided to use Plevako’s background against him, and vividly described the hard and miserable life of the defendant that forced her to steal. Still, the prosecutor stressed, private property is sacred and is the main principle of order in the world. When it came time for Plevako to start his defense, he said: “During the thousands of years of its existence, Russia has suffered many misfortunes and trials. It was tormented by Pechenegs, Cumans, Tatars and Poles… Russia endured and overcame everything, and due to these ordeals it only became stronger. But now… an old lady stole an old kettle priced at 30 kopecks. Surely, Russia won’t withstand this crime, and will be ruined forever…” In consequence, the old woman was acquitted.

Plevako took part in a number of much publicized cases, such as the infamous trial of a nun, Mitrofania, the head of the monastery in the town of Serpukhov. She was suspected of fraud, forgery and misappropriation of large sums of money. Fyodor Plevako was the main prosecutor in this proceeding, and during his emotional accusatory speech, he addressed the nun and her accomplices with an appeal: “Build the walls of your monasteries much higher, so that the world can not see the deeds that you perform under the cover of your robes!” The court found Mitrofania guilty and sentenced her to exile in Siberia.

In his speeches Fyodor Plevako covered many critical social issues, speaking in support of workers and peasants who were accused of organizing mass unrest and resistance to authority. Cases of this type were often caused by the unbearable living and working conditions, which compelled poor people to rise up against human exploitation. In this regard, Plevako’s activity as a defender of the lowest tier of society can be seen as truly heroic.

A great speaker, Fyodor Plevako was sharp-witted, resourceful and quick in dealing with his opponents’ replies. He skillfully used sarcasm and irony and often cited quotes from the Bible and world literature. Plevako’s arguments were easy to understand by both professional judges and jurymen, who were not aware of the depths of law.

The most well-known case among those that Plevako didn’t manage to win was related to his personal life. In 1879 Maria Demidova, the wife of a rich manufacturer named Vasily Demidov, asked Fyodor Plevako to help her divorce her husband. Soon after, the famous Plevako and his beautiful client, Maria Demidova, fell in love. However, Vasily Demidov never consented to a divorce and up to her husband’s death in 1900 Maria remained the common-law wife of her beloved lawyer.
For outstanding public service Fyodor Plevako was given a hereditary noble title and the honorary rank of Active Counselor of State.