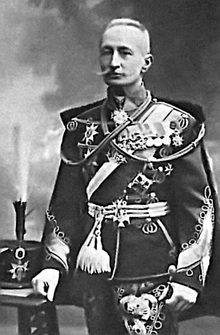 Most noted for his development of new offensive tactics, Aleksey Brusilov is considered one of the most outstanding fighting commanders of World War I. An authoritative general of Tsarist Russia, Brusilov joined the Soviet government, raising doubt among historians as to whether he is to be considered a patriot or a traitor.

Aleksey Brusilov was born in Tiflis into a family of military men. His father, a lieutenant general of the Russian army, died of tuberculosis when little Aleksey was only six years old. His mother died soon afterwards. The boy, together with his two brothers, was brought up by his uncle, a military engineer.

In 1867 Aleksey Brusilov passed his exams and was accepted into the Page Corps, the most privileged military establishment in Imperial Russia. Upon graduation in 1872, Brusilov began his service in the 15th Tver dragoon regiment.

The first test for Brusilov as an officer was the Russo-Turkish war (1877-1878), where his dragoon regiment fought as an advance guard. The future general proved his worth in besieging fortresses and mounting attacks. During the seven-month war he earned three military medals.

Brusilov was one of the best horsemen in his regiment and in 1881 he was accepted into the Officer Cavalry School in Saint Petersburg. In 1883 Aleksey Brusilov started serving in this school as an adjutant; twenty years later he was appointed its head. Brusilov devoted about 25 years of his life to the educational establishment, jokingly called “the horse academy.” He earned a reputation as a strict and considerate teacher and was especially well-known for his on-the-ground maneuvers and war games. 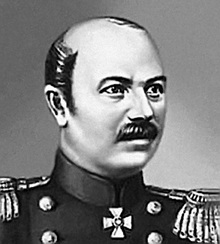 From 1906 to 1913 Aleksey Brusilov held several high military posts, including Head of the Second Guard Cavalry Division, Commander of the 14th and 12th Army Corps and Assistant Commandant. His main achievement during these years was a considerable improvement of the system of battle training for officers and soldiers, who, in his opinion, were not prepared for real battle.

Brusilov became widely known during World War I, when he was a commander of the 8th Army, situated at the left Russian front. In August 1914 he initiated the offensive into the heart of Galicia, the historical region of Central Europe, which marked the beginning of the major battle between Russia and Austria-Hungary. Within two months Russian troops re-conquered vast areas down to the Carpathian Mountains. The Austro-Hungarian army lost more than 400 thousand men. This military operation helped Aleksey Brusilov form his own style of management of large armed forces. 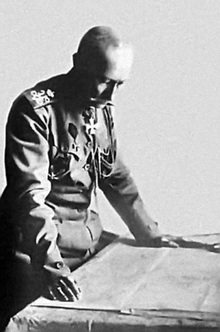 Brusilov, not satisfied to perform a minor part in the general offensive, started to prepare his troops for a decisive battle. Realizing he did not possess superiority of forces, he decided to obtain success by means of an untraditional approach and thorough preparation.

The date of the planned attack was kept secret even from the members of the Tsarist family. On 22 May 1916 Aleksey Brusilov’s army began a powerful thrust of artillery, which prepared the way for the infantry. During the first three days of the attack troops moved for 85 kilometers and success seemed imminent. Unexpectedly, the General Headquarters delayed sending out reserves from other fronts and precious time was lost. Still, without help from the neighboring armies, Brusilov’s forces defeated the Austro-Hungarian and German troops, which were situated in Galicia and Bukovina (regions of Western Ukraine).

The enemy lost about 1.5 million men, including 400 thousand prisoners. Russian casualties numbered around half a million. Brusilov’s troops captured about 600 heavy guns and 1800 machineguns. The operation, later called “the Brusilov Offensive,” is listed among the most lethal battles in world history.

Aleksey Brusilov used a number of innovations in his offensive. One was the use of shock tactics, whereby smaller specialized units attacked weak points in the enemy’s trench lines and blew open holes for the rest of the Russian Army to penetrate. This approach was completely different from the “human wave” tactics, generally used during World War I by all main armies.

A lack of support from other fronts along with a shortage of resources forced Brusilov to discontinue the thrust and switch to defensive actions. Still, the Brusilov Offensive is considered by historians as a turning point in World War I, when the scales weighed on the side of the Triple Entente.

Upon the fall of autocracy in Russia in February 1917, the Russian army rapidly became demoralized. This was caused by revolutionary propaganda and the exhaustion of the soldiers. Aleksey Brusilov supported the newly-formed Provisional Government and soon was appointed Supreme Commander-in-Chief of the Russian army. In order to maintain discipline in the army and continue the war, Brusilov introduced capital punishment for soldiers. Nevertheless, the Provisional Government replaced Aleksey Brusilov with an even “tougher” general named Kornilov.

Having left the army, Aleksey Brusilov settled in Moscow. After the October Revolution in 1917, when power passed to the Soviets, dominated by the Bolsheviks, Aleksey Brusilov tried to stay uninvolved in political dealings.

In November 1917 Brusilov was injured by a shell fragment, which accidentally targeted his house. The general underwent several operations and stayed in hospital for eight months. During this time he was visited by the British diplomat Bruce Lockhart, who offered Brusilov to head the anti-Bolshevik White Guard. The Soviet authorities, having found out about the offer, arrested Aleksey Brusilov for two months. 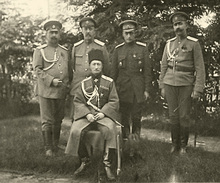 Until 1920 Brusilov tried to avoid any active cooperation with the Bolsheviks. But when in April 1920 Poland attacked the Soviet Union, Aleksey Brusilov suggested forming a Special Meeting of former Tsarist generals in order to provide efficient help in fighting the enemy. The Special Meeting put forth an appeal to all former Tsarist officers to join the Soviet army and was accepted by about 14 thousand officers.

During the battles in Crimea, Brusilov, on behalf of the Soviet government, issued another appeal to officers of the White Guard. They were asked to end resistance and were promised amnesty in return. Many of these officers believed the promise and stayed in Crimea, where they were deceitfully killed.

Brusilov was deeply worried about this incident, but didn’t leave the Soviet army. According to his memoirs, he wanted the Russian officers to stay in their Motherland, and believed that “Bolshevism will pass as a heavy illness.” “If I was not a Christian, I would commit suicide… Never before have I faced such cruel meanness and craft,” he confessed.

The authorship of Brusilov’s memoirs, which contain many anti-Soviet comments, is still disputable. Some experts believe that the second volume was written by his wife, Nadezhda Brusilov, who wanted to justify her husband in the eyes of the White officers.

Aleksey Brusilov died of tuberculosis at the age of 73. He was given an honorable funeral, which was attended by representatives from the “new Russia” (the Bolsheviks), and the “old Russia” (Tsarist officers).