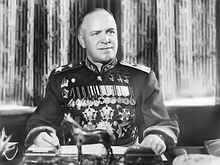 Georgy Zhukov, also known as the ‘Victory Marshall,’ was a life long professional soldier and the recipient of many of Russia's top honorary titles, including Hero of the Soviet Union three times.

Zhukov was born in the village of Strelkovka, not far from Moscow, to a poor family of farmers. After finishing school in 1906 he was sent to Moscow to become a furrier. He fought in World War I and was awarded the Cross of St George twice and promoted to the rank of non-commissioned officer for his bravery in battle. He joined the Red Army in 1918. During the Russian Civil War (1917 – 1921) the decisive and brave soldier became a troop commander and was later put in charge of the 1st Cavalry Army. He then 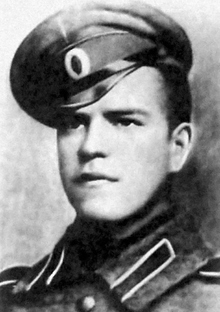 joined the Communist Party. When he was not engaged in battle, he attended military school. A fellow student remembers: “Zhukov, like no other, studied hard. Each time we walked into his room, there he was crawling over a map, sprawled over the floor. Already then his work and duty were of the utmost importance to him.”

In 1939 he was asked to lead a battle against the Japanese in Mongolia. After two days of carefully exploring the surroundings, he sent an urgent message to Moscow – asking the Soviets to strengthen their aviation and to send not less then three infantry divisions and a tank brigade. His mission was to prepare for a counterattack and the Soviet government granted his requests. On the night of 3 June the Japanese cut across Khalkhin Gol and occupied the Bain-Tsagan Mountain. But before they could settle in, Zhukov began his attack with two tank brigades. Supported by infantry they encircled the Japanese army. Within a few days the Japanese troops were defeated. Zhukov was awarded his first title of Hero of the Soviet Union for the operation.

He was then assigned by Stalin in October 1941 to defend Moscow. With Zhukov at their lead, his troops not only hold their position and defended the capital, but launched an extreme counterattack on the German army. 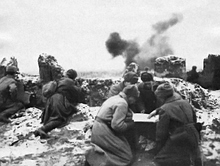 In 1942 a division of the German army, the best of its time was approaching Stalingrad. A knockdown battle on the outskirts of the city ensued and lasted more then 3 months. Under Zhukov’s command, the enemy was surrounded and destroyed. It was the most catastrophic defeat in German history up until that time.

In 1943 Zhukov coordinated the Battle of Kursk with his classic tactic, first defence. Zhukov followed the battle carefully and knew the exact moment the German army was out of breath and at that time launched his attack.

In 1941 Russian troops were unable to keep the Germans from closing in on Leningrad, now St. Petersburg.

By launching attacks on the enemy Zhukov's army prevented them from creating new penetrating forces and completely taking over the city. For 900 days the city stood and survived the blockade. In 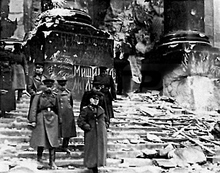 1943 the siege was lifted. In all his operations he showed his adamant will, courage and organisational talent.

Zhukov's troops suffered heavy losses but captured Berlin in 1945; the historical battle earned him his third title of Hero of the Soviet Union honour. On 8 May, the Germans signed an act of capitulation. World War II was over.

Speaking in June, the commander of the Allied offensive on the Western Front, US General Dwight Eisenhower said« »The war in Europe has been won and to no man does the United Nations owe a greater debt than to Marshal Zhukov."

Zhukov led the Victory Parade in Moscow riding a white stallion through the parade ground on Red Square. Stalin himself intended to lead the parade but because of his poor riding skills gave the honour to Zhukov. This only added to Stalin’s feelings of jealousy towards him. Stalin hated that Zhukov's name was behind all the major victories of the war. He was adored and hailed by the whole of the USSR as a hero that never lost a battle. Later, however, a range of authors described him as a cruel general, who achieved success in his missions at any cost, without thought or sympathy for human life.

After the war, Zhukov was the supreme military commander of the Soviet Occupation Zone in Germany. He was removed from the post after a year, as 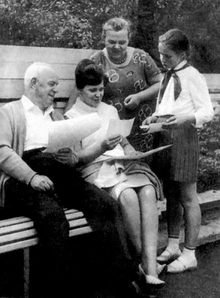 Stalin felt threatened by his popularity. Zhukov was later assigned to the relatively insignificant Odessa Military District. After Stalin's death in 1953 Zhukov was returned to favour and became Deputy Defence Minister and then Defence Minister in 1955. In 1957 he was removed from his ministry by Nikita Khrushchev and was never given another role in the government.

Georgy Zhukov was married twice and had three daughters. He died 18 June 1974 and was buried on the Red Square next to the Kremlin walls.