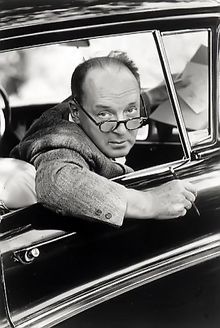 
Nabokov was born into a wealthy Orthodox Christian family in St. Petersburg on April 22 1899. His father Vladimir Dmitrievich Nabokov was a journalist, and later a prominent liberal member of parliament. At home the Nabokovs spoke Russian, French and English, and Vladimir quickly became trilingual. Much to the distress of his patriotic father, he learned to speak and write English before Russian.

When the Russian Revolution began in 1917, the family fled to a friend’s estate in the Crimea. They expected to travel back to northern Russia after a brief stay in the Black Sea resort, but were never again to return to what became the Soviet Union.

The family left the Crimea for Western Europe in 1919, settling briefly in England.

There Vladimir studied Slavic and Romance languages in Trinity College, Cambridge. While he attended Cambridge his parents moved to Germany, and he followed them there when he completed his studies.

In Berlin both joy and tragedy awaited the young graduate. In 1922 his father, who had set 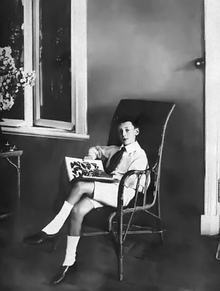 up a Russian-language émigré newspaper in the city, attended a political meeting in the city. A Russian monarchist walked onto the stage signing the Czarist anthem and tried to shoot politician and publisher Pavel Miliukov.

Nabokov’s father wrestled the gun from the would-be assassin and was fatally shot by another royalist who emerged from the crowd. A year later Nabokov met Véra Evseyevna Slonim, a Jewish Russian émigré, who was to become his lifetime muse and support. They married in 1925, and had their only child, Dmitry, in 1934.

As anti-Semitism increased in Germany, Nabokov, together with his wife, moved to France. But Nazism finally chased them out of Europe in 1940 when German troops advanced on Paris. They boarded a ship for America, and settled down in New York.

As he later wrote himself, “I’m an American writer, born in Russia, educated in England, where I studied French literature before moving to Germany for fifteen years… My head speaks English, my heart speaks Russian and my ear speaks French”. 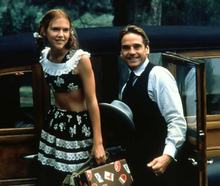 Nabokov wrote extensively in English and Russian, but it is his English work that has garnered him the most success. In 1955 he published the controversial novel Lolita. The novel is written in the first person, and charts the sexual obsession of its narrator Humbert Humbert with young girls aged from nine to fourteen, which he calls nymphets.

With a mixture of deception and cunning he kidnaps a 12-year-old girl, nicknamed Lolita, and takes her on a motel tour of America. The book was banned as pornography for several years in England and later in France, where it was first published. Today it is considered one of the greatest novels of the 20th century.


The word Lolita has entered common usage in several languages to describe a sexually precocious girl. The novel was the basis of Stanley Kubrick’s 1962 film which was nominated for an Academy Award.

His 1962 novel Pale Fire secured him a place among the literary greats of the 20th century. His writing is characterized by alliteration, word play and clever and unusual turns of phrase. 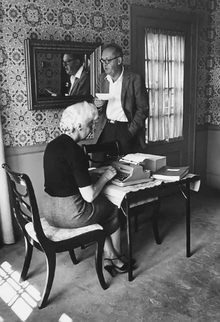 Nabokov was not published in the Soviet Union until 1988, when Gorbachev organized its publication during Glasnost.


Nabokov’s success is by no means limited to literature. He was an avid butterfly collector, and conducted celebrated research in entomology. The butterfly genus Nabokovia was named in his honour. Nabokov never learned to drive, so he relied on his wife to drive him to research sites.

The writer, who always claimed ‘I think in images’, was what is known as a synesthate: he associated particular letters and words with colours and images. Oddly his wife had a similar condition, and they found the colours their son associated with letters appeared to be a mix of what his parents saw, “Which is as if genes were painting an aquarelle”.


In 1961 the Nabokovs were able to move back to Europe, and they took the chance to settle in Montreux, Switzerland. There, Nabokov continued his writing and led buttlerfly-hunting expeditions in the Alps and the Mediterranean. In 1977 he was hospitalized with severe bronchitis, and died on 2 July. 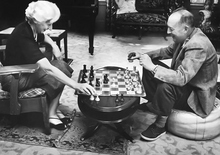 His body was cremated and the remains are buried in the Clarens cemetery in Montreux.

The former Nabokov family mansion in St. Petersburg is now a museum, preserving his memory in what he called “my only home in the world.”