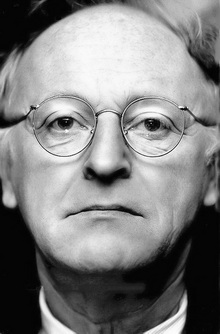 Joseph Brodsky is considered one of the greatest poets to ever have lived. In his works, he shared his life with the reader - how he went to prison for his beliefs, how he loved two women (one who betrayed him for his friend), how his heart was breaking from a long separation with his son, how he was exiled from Russia (and yet later became a Nobel Laureate)…

In his poems Brodsky often compared different substances to the sea: himself, speech, but most often – time. His favorite formula was “fate is time with a mixture of geography” and he often spoke about “the city at the sea.” In Brodsky’s mind, water was the supreme element; and the sea his favorite form of water.

Three cities and their seas shared and shaped the poetry of Joseph Brodsky: St. Petersburg, New York and Venice.

“I was born and grew up in the Baltic marshland by zinc-grey breakers that always marched on in twos. Hence all rhymes, hence that wan, flat voice that ripples between them like hair still moist, if it ripples at all...”

The Baltic was his first sea.

Brodsky was born on 24 May 1940 in Leningrad (now St. Petersburg), Russia where he survived the 900-day Nazi siege during the Second World War.

His father, Aleksandr Ivanovich Brodsky, was a professional photographer who worked for the main Soviet news agency “TASS,” and the newspaper “Izvestiya.” During the war his father was a press photographer for the army newspaper at the Leningrad front and after the war he served at the Leningrad Naval Museum. Brodsky’s mother, Maria Moiseyevna Volpert, was a professional interpreter who translated German during the war and afterwards worked as an accountant.

Joseph was an only child. When he was a boy, he dreamed of becoming a submariner. As a grown man, he considered the insignia of the Imperial Russian Navy (the St. Andrew’s banner) to be the most beautiful flag in the world. However when Brodsky was asked to recall his childhood, he rather reluctantly reflected: “Russians do not emphasize their childhood, at least I do not. It was just an ordinary childhood. I do not think that a child’s impressions need play a big role in the person’s further development.”

Relatively early in life Brodsky decided to become his own teacher. In 1955, at the age of 14, he gave up going to school. “It was a spontaneous move rather than a deliberate decision. One winter morning in the middle of a school lesson, for no obvious reason whatsoever, I left the classroom, clearly realizing that I would never return there,” Brodsky later wrote. It was in this year - at the age of 14 - that he began writing poems.

Upon leaving school he got a job as a metal worker in the “Arsenal” factory. His main goal at that time, however, was self education, mainly through reading. Brodsky recalled: “It was at first just an accrual of knowledge. Then it turned into the most important occupation to which everything could be sacrificed. Books became the main and the only reality.” 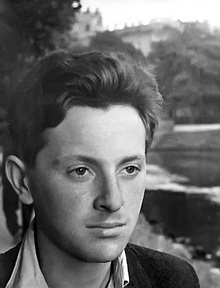 Brodsky often changed his jobs in an attempt to find a source of income which would spare him more time for reading and writing. Later, in a 1964 court hearing there were listed at least 13 trades which he had tried in less than a decade. These included stoker, photographer, interpreter, technician-geophysicist and even a sanitary job in the morgue at the “Kresty” prison, where he would be detained a few years later.

Brodsky joined a geological organization because it gave him the opportunity to attend university lectures as an external student. In 1959, during one of the group’s expeditions to Yakutsk, Brodsky bought a book of poems by Baratynsky in a local bookstore. Having read it once, he decided to devote most of his time to becoming a poet. “I had nothing to read. When I found this book and read it I understood what I should devote myself to. I became very excited… So, it is all Baratynsky’s fault,” Brodsky later recalled.

Brodsky burst upon the literary scene as a mature, audacious author. He differed from others in his openness, lyricism and abruptness. Many of his poems appeared on mimeographed sheets, known as samizdat, and were circulated among friends. For years he had been perfecting his skill by studying languages and the history of literature. He began joining street corner recitations and reading poems at literary soirees. “He recited as if in a trance,” one listener recalled, adding “his verbal and musical intensity had a magical effect.”

Anna Akhmatova soon recognized in the young poet the most gifted lyric voice of his generation.

It was either Dmitry Bobyshev or another friend, Evgeny Rein (both famous Russian poets), who introduced Brodsky to Akhmatova in 1961. The meeting was a turning point in Brodsky’s life as a poet - and as a man. Anna Akhmatova and her circle functioned as an unofficial incubator for talented youth. Anna praised Brodsky’s poetry as “enchanting,” and encouraged him to keep writing. He called her “the keening muse.”

During this time, in 1962, Joseph Brodsky met his first love, the artist Marina Basmanova. With her deep voice, talent, charm and natural flair, she was a “femme fatale.” She believed herself to be the most beautiful woman, and Brodsky believed himself to be the best poet – two strong characters collided and did not want to yield to each other. They seemed to quarrel and become reconciled “millions of times.” There were periods when they managed to separate and reunite 20 times in one year. Contemporaries recall, it was an “alloy” of love and hatred.

In 1963, the USSR launched a state program, cracking down on unofficial art. Brodsky was heavily attacked by official critics. Like other literary figures, he began to chafe under the scrupulously observed new restrictions, and was allowed neither to travel nor to give his usual poetry readings. Brodsky’s poems - mostly unpublished except in underground forums - became increasingly popular and ran afoul of the literary police.

This was the year Brodsky was first denounced in the newspaper “The Evening Leningrad,” which called his poetry “pornographic and anti-Soviet.” 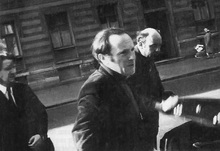 Brodsky was in danger. To avoid arrest his friends persuaded him to escape to Moscow. But the poet did not stay there long, as he was told that Marina was being unfaithful to him. So he decided to return to Leningrad.

Before escaping to Moscow, Brodsky had asked his close friend and fellow poet, Dmitry Bobyshev, to look after Marina in his absence. But this “care” resulted in a love affair between Marina and Dmitry – a double betrayal which broke Brodsky’s heart.

Up until his death, Brodsky couldn’t stand anything connected with the Bobyshev name. If Brodsky learnt that one of his friends communicated with Bobyshev, it is said that he then broke the relationship with that friend.

On 13 February 1964 Brodsky was accused of publishing his poems underground. He was arrested on the streets of Leningrad and sent to “Kresty” prison to await his trial which took place on 13 March 1964 in Leningrad.

Unable to fault him on his poetry’s content, the authorities indicted him on a charge of “parasitism.” They called him “a pseudo-poet in velveteen trousers” who failed to fulfill his “constitutional duty to work honestly for the good of the motherland.” Meanwhile Brodsky was sent to a mental institution, where his three week long treatment became a mere exercise in humiliation. Eventually the poet was found mentally sane and able to work. Joseph Brodsky was sentenced to five years of hard labor. He was exiled to the village of Norenskaya in the northern Arkhangelsk Region.

Marina Basmanova went to live with Brodsky in his exile for several months. She gave birth to their son, Andrey. But Marina and Brodsky never married. Moreover, Marina didn’t give the child Brodsky’s surname and prohibited Brodsky from seeing his son, who now lives with his wife and family in St. Petersburg. When Brodsky was alive, Andrey visited him in the U.S. 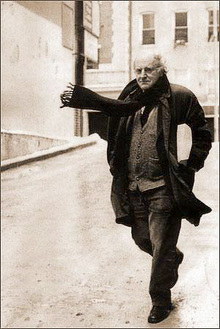 The unfair trial and exile of Joseph Brodsky caused protests from many prominent people both at home and abroad, such as Korney Chukovsky, Dmitry Shostakovich, Anna Akhmatova, Samuil Marshak, Evgeny Yevtushenko, French philosopher Jean-Paul Sartre and others. They signed a letter with a demand to release the poet. In 1965 Brodsky’s sentence was commuted and Dmitry Shostakovich helped him to return to Leningrad.

After his return to Leningrad the harassment resumed, but so did Brodsky’s work and some of it began to appear in the West – his first collection of poetry “Verses and Poems” was published in the U.S. in 1965. Over the next seven years he continued to write. Many of his poems were translated into German, French and English and published abroad. His stature and popularity continued to grow, particularly in the West.

In 1971 Brodsky received two invitations to immigrate to Israel. When he was summoned to the Soviet Ministry of the Interior and asked why he had not accepted, he said he had no wish to leave his country. Many contemporaries suggest that Brodsky didn’t want to go abroad because he kept on waiting for Marina to come back to him and to let him see his son Andrey. But she never did.

Eventually Brodsky made up his mind to leave. In 1972 he was issued a visa and expelled from his home country. But he did not go to Israel.

Karl Proffer, a philology scholar, invited Brodsky to become a poet in residence at Michigan University in the United States. Brodsky also received invitations from England and France, but in the end chose the U.S. “There was a certain point and charm in remaining in Europe, but then I would have had a feeling of ongoing life. So I thought that since my life was changing, let it be a total change,” Brodsky said, explaining his decision.

Brodsky died of a heart attack on 28 March 1996 in New York, at the age of 55, but was buried on the Island of San Michele, Venice, according to his will. His wife Maria works now in a publishing house in Italy and is one of the members of the Board of Directors of the Brodsky Fund. Each year on the 24th of May – Brodsky’s birthday – Maria goes to Venice…

As fate willed, Joseph Brodsky and the sea have always been inseparably linked - in Leningrad, in New-York and in Venice.