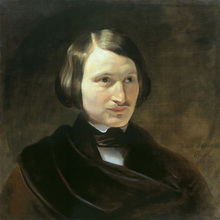 Gogol was born in Sorochitsy, in the Poltava Region (central Ukraine) into the family of a modest landlord. He was named Nikolay after the miracle-working icon of Saint Nicholas that was kept in the church of the nearby village of Dikanka. He spent his childhood on his parents’ estate Vasil’evka near Dikanka, which was a place of legends, superstitions and fables.

A considerable role in the future writer’s education was played by his father, Vasily Afanasyevich, an avid connoisseur of the arts. After receiving home education, Gogol spent two years in the Poltava District College before entering the Nizhyn Pedagogical University (then a Gymnasium of High Sciences). Here he learned to play the violin and paint, took part in plays both as a decorator and an actor and was especially successful in comic roles.

He also tried his hand at various literature genres, writing elegiacs, tragedies, historic poetry and prose. He wrote the satire “Something About Nizhyn, or There’s no Law for Fools” (“Nechto o Nezhine, ili durakam zakon ne pisan”), which didn’t survive for future generations. However, at the time Gogol didn’t think of writing as a serious occupation. His aspirations were in the field of state service, namely law.

After graduating from the Nizhyn Gymnasium in June 1828, he set off for St. Petersburg in hopes of starting broader work in December of that same year. He didn’t manage to get a job though and his literary attempts were also unsuccessful. In disappointment, he went abroad, but soon came back. In November 1829 he managed to get a job in the department of state property and public buildings of the Ministry of Domestic Affairs. For the next year he served in this office. 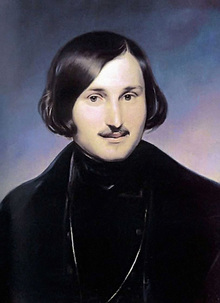 The paperwork caused great disappointment in Gogol, but provided plenty of material for his future literary works that depicted the lives of officials and the functioning of the wheels of state.

In 1830 in the “Native Notes” (“Otechestvennye zapiski”) magazine, Gogol’s first novella appeared under the title “Basavryuk.” It was later reworked into the novella “Night Before Ivan Kupala Day” (“Vecher nakanune Ivana Kupala”). In December, a chapter from his historic novel “The Hetman” was printed in Delvig’s almanac “The Northern Flowers” (“Severnye Tsvety”). Thus, he became close with the literary figures of the time, like Delvig, Zhukovsky and Pushkin, whose friendship was key for the development of young Gogol’s social position and literary talent. Pushkin introduced him to his circles, which were often visited by the likes of Krylov, Vyzemsky, Odoyevsky and the artist Bryullov, who gave him the idea for the plots of “The Government Inspector” (“Revizor”) and “The Dead Souls” (“Mertvye dushi”).

In 1833 Gogol decided to dedicate his life to scientific and pedagogic work and in 1834 he was appointed assistant professor of the World History Department of the St. Petersburg University.

His studies of Ukraine’s history laid the foundations for the plot of “Taras Bulba.” In 1835 he left university and dedicated himself wholly to literature. That same year, the “Mirgorod” novella collection came out, including “Old-world Landlords” (“Starosvetskie pomeshchiki”), “Taras Bulba,” “Viy,” and others, along with the collection “Arabesques” depicting themes of St. Petersburg life. The novella “The Greatcoat” (“Shinel”) was the most significant work of his St. Petersburg cycle; Gogol read the rough drafts to Pushkin in 1836 and finished the novella in 1842. 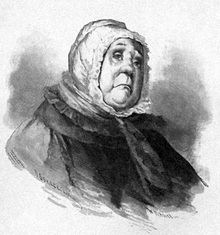 While working on novellas, Gogol also tried his hand at playwriting. He considered theater a great power that had played a considerable part in social development. In 1835 he wrote “The Government Inspector,” which in 1836 was staged in Moscow. Soon after the staging, Gogol left Russia, settling first in Switzerland, and later in Paris, where he continued his work on “The Dead Souls” that he had began in Russia. The news of Pushkin’s death was a grave blow for Gogol. In March 1837 he moved to Rome. During his visit to Russia in 1839-1840, he read parts of “The Dead Souls” first volume, which he later finished in 1841 in Rome.

After returning to Russia in October 1841, Gogol, with the help of the critic Vissarion Belinsky, printed the first volume in 1842. Belinsky called it a “deeply intellectual, social and historic work.” The work on the second tome of “The Dead Souls” coincided with Gogol’s deep spiritual crisis and mainly reflected his doubt on the effectiveness of literature, putting him on the edge of denouncing his previous creations.

In 1847 he published “Chosen Excerpts from Friends’ Correspondence,” which Belinsky subjected to rough criticism in a letter to Gogol, denouncing his ideas as reactionary. Gogol spent the winter in Naples, avidly reading the Russian press and new historic and folklore-based fiction. At the same time he made preparations for a pilgrimage to holy places he had long been planning. 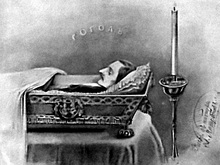 In January 1848 he traveled to Jerusalem by sea. In April 1848, after the pilgrimage, Gogol returned to Russia for good. He spent most of his time in Moscow and visited St. Petersburg and his native Ukraine.

In 1849-1850, Gogol read parts of the second volume of “The Dead Souls” to his friends. Their approval and delight encouraged him to work twice as hard. In spring, he made his first and only attempt to create a family. He proposed to Anna Wielhorski, who turned him down. In October, he came to Odessa. His mood was up, he was vigorous, cheerful and full of enthusiasm. He became close with the actors of an Odessa troupe, to whom he gave lessons in reading comedies. In March 1851 he returned to Moscow. A new round of the second volume readings followed. In total, he read up to seven chapters.

On January 1, 1852 Gogol informed everyone that the second volume was “completely finished.” But at the end of the month, signs of a new personality crisis appeared. He was tormented by a sense of approaching death, worsened by new doubts in his success as a writer. On February 7 Gogol confessed and took communion and on the night of February 12 he burnt the clean manuscript of the second volume of “The Dead Souls.” Only five unfinished chapters remained from various draft editions, which were published in 1855.

On the morning of February 21 (March 4) Gogol died in his apartment in Moscow. His burial was attended by a great many people and in 1931 his remains were reburied to the Novodevichy Cemetery.