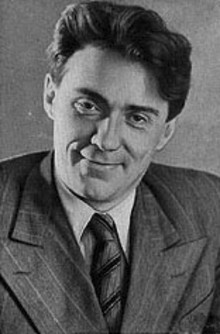 Boris Polevoy was a notable Soviet writer, best known as the author of “The Tale of a True Man”, a book about Aleksey Maresyev, a heroic pilot of the Soviet Union.

Few reporters during World War II were as influential as the Soviet writer Boris Kampov, who wrote under the pen name of Boris Polevoy. Boris was the son of a Jewish lawyer, and was born in Moscow in 1908. As a young writer, he was promising enough to be admitted into a group of Soviet writers, his works even being noted by Maksim Gorky.

In 1913 the family moved to the city of Tver, where the future writer spent his childhood. After graduating from high school and the Industrial College of Tver, he worked at the Proletarka textile factory.

The thirst for journalism seized Polevoy at a rather early age. As early as 1922 when Polevoy was in the sixth grade, his letters to the editor were published in the Tverskaya Pravda newspaper. From that time forward, his notes and letters about life in the city were regularly published on the pages of a number of Tver newspapers.

In 1927, his first book of essays entitled “Memoirs of a Crummy Man” was published in Tver. It was about people who had hit rock bottom in life. This was the only time Polevoy would publish under his real name.

In 1928, Boris Polevoy left his job at the textile factory and took a full-time position as a journalist in the Tverskaya Pravda newspaper.

It was not until World War II that Polevoy became famous throughout the Soviet Union. From the beginning of WWII until the fall of Berlin, Polevoy, by that time a correspondent for Pravda (the leading newspaper of the Soviet Union and the mouthpiece of the Central Committee of the Communist Party) covered news on the front as a reporter while at the same time serving as a lieutenant colonel in the Red Army.

For six months he covered the situation around Stalingrad, and witnessed General von Paulus emerge to surrender from his headquarters in a department store basement. Polevoy reported on the Red Army's advance from Kharkov through Bessarabia, across Poland, and into the heart of Germany. When the American and Soviet forces met on the Elba river, Polevoy was there. He visited Hitler's underground bunker in Berlin while fighting still raged in the German capital. Following the victory, Polevoy led a team of Soviet journalists to cover the International Military Tribunal in Nuremberg as special correspondents for Pravda.

From the diary to the printing press 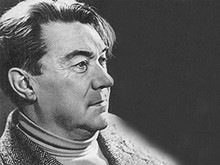 Boris Polevoy kept a diary where he wrote down the majority of events that he witnessed during the war. The idea for this log was suggested to him by the editor-in-chief of the Pravda newspaper. Polevoy recalled:

“ ‘Carefully record everything’, the editor told me. ‘Get yourself a special notebook and record names, surnames, all the details. Record for future use, for history, for your future stories, and maybe for your memoirs.’  He smiled. ‘Maybe someday you will decide to write memoirs? Recording is your duty.’

I clearly remember this conversation. It was a lesson in my life, because at the time my editor had seen far into my future years.

After this conversation I made a habit of keeping a diary. It was kept throughout the entire war, and into in the German city of Nuremberg at the criminal war trials; and from these war entries came the heroes of my stories...”

In 1949, he published a story called Returned based on his writings about the construction of the Volga-Don canal. This became part of a series of stories called The Contemporaries (1952).

The Tale of a True Man 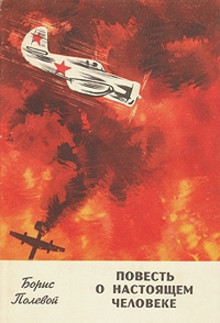 Cover of the book "The Tale of a True Man"

Despite the success of his other works, The Tale of a True Man (1946), based on the real life story of Aleksey Maresyev, forever elevated Polevoy into success. The story of a pilot surviving in a winter taiga after his plane was shot down by the Nazi Germans during WWII became one of the most genuinely loved novels in the Soviet Union. Maresyev’s will to live despite losing both of his legs and his return to flying became a beacon of Soviet patriotism and inspired many generations.

The tale was so popular that it was turned into an opera by Sergey Prokofyev, and was added to the Literature curriculum in public schools. The story was also made into a movie, while the novel was reprinted more than 80 times in Russian, nearly 50 times in the languages of USSR Republics, and nearly 40 times outside the USSR, totaling nearly 10 million copies altogether.

He also served as a deputy to Supreme Soviet of the Russian Soviet Republic from 1951 to 1966, and was a member of the Soviet Union Communist Party from 1940 until his death. He was involved in party politics as a member of various organizations. He was editor-in-chief of the literary youth magazine Yunost from 1962 until his death, and was a board member of the Union of Soviet Journalists in 1959. He also served on the Soviet Peace Committee and Bureau World Peace Council.

Polevoy's books, articles, and political commentaries gained him international readership well before the end of the war. He remained influential until his death in 1981, at which time he was the secretary of the all-powerful Union of Soviet Writers. During his lifetime, Polevoy was named a Hero of Socialist Labor and awarded the Stalin Prize for literature, three Orders of Lenin, two Red Banners, the Red Star, and the Gold Medal of the World Peace Council.