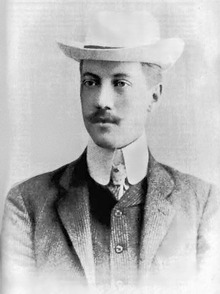 Nikolay Gumilev was a poet of the Russian “Silver Age” (a period in Russian poetry in the beginning of the 20th century), the founder of the acmeist movement, a critic and a traveler.

He was born in Kronstadt near St. Petersburg, to a family of a naval medic. Soon after his birth, his father moved the family to Tsarskoye Selo (now Pushkin Town, located south of St. Petersburg). For two years, starting from 1900, their family lived in Tiflis (now Tbilisi, Georgia). When Gumilev was six years old, the “Tiflis Leaflet” (“Tiflisskiy listok”) published his first poem, named “I Fled from Cities to the Forest” (“Ya v les sbezhal iz gorodov”).

The following year, his family returned to Tsarskoye Selo, where the young poet started studying in the Nikolayevskaya male gymnasium. The gymnasium’s headmaster was Innokenty Annensky, a famous poet of the time, who had a great influence on the students. Gumilev was not particularly studious, and only received his school certificate when he was 20.

A year before graduating from the gymnasium, he published his first poetry collection “The Conquistadors’ Way” (“Put’ konkvistadorov”), which he later called an “immature experience”. The characters of the collection’s poems seemed to have come straight from the pages of adventure novels about the pioneers of America, of which Gumilev was an avid reader. The collection attracted the attention of Valery Bryusov, one of the founders of the Russian symbolism poetry movement. A year later, Gumilev started work on his drama “King Batinyol’s Jester” (“Shut korolya Batinyola”), which he never finished. 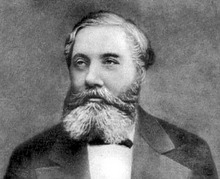 After graduating Gumilev moved to Paris to continue his education in Sorbonne, where he listened to lectures on French literature. He followed the life of French artists, while maintaining correspondence with Valery Bryusov. There he also became the publisher of the magazine “Sirius”. In 1908 in Paris his second collection was published, named “Romantic Flowers” (“Romanticheskie tsvety”), which again was full of literary and historical exotic material, while some poems were touched with slight irony, moving romanticism’s figures to a playful angle and thus outlining the author’s unique stance. Gumilev worked hard on every poem, striving to make them both “flexible” and “steadily restrained”. The collection was published with his own money and was dedicated to his fiancée Anna Akhmatova (who would later become a world-famous Russian poet herself).

The same year he returned to Russia and entered the University of St. Petersburg. He first studied at the law faculty, then moving to the faculty of history and philology, but he never finished the entire course. He traveled a lot during that period of his life, feeling especially attracted to Africa (where he went thrice during his life, each time bringing back lots of exotic items to the Ethnography Museum of the Academy of Sciences). 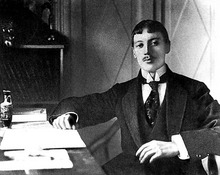 In 1910, Gumilev’s collection “Pearls” (“Zhemchuga”) was published. It was dedicated to his “teacher” Valery Bryusov. The famous poet answered with a review that said that Gumilev “lived in an imaginary, almost ghostly world… creating his own countries and populating them with his own creations: people, animals and demons”. In the collection, Gumilev didn’t abandon the characters of his earlier works. However, they had changed significantly. His poetry started showing psychologism, with characters displaying their unique principles and passions, instead of “masks”. “Pearls” helped Gumilev become famous.

In April 1910, Gumilev married Anna Akhmatova. They spent their honeymoon in Paris. He then left for Africa. In autumn 1912 their son Lev was born. After Gumilev returned to Russia in 1918, they divorced.

In the beginning of the 1910s, Gumilev was already a famous figure in St. Petersburg literary circles. He was one of the “young” editors of the magazine “Apollo” (“Apollon”), where he published his “Letters on Russian Poetry” – literary critic pieces representing a new kind of “objective” reviews. At the end of 1911 he became the head of the “Guild of Poets”, which formed a group of like-minded people, and inspired the new literature school of acmeism, proclaiming its basic principles – discarding the mystical side of poetry in favor of clarity, the depiction of the real world in all of its variety and colorfulness, and the precision of words and images – in his article “The legacy of symbolism and acmeism”. 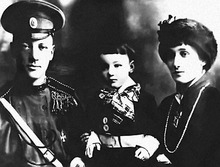 His collection “Foreign Sky” (“Chuzhoe nebo”, 1912) became a poetic illustration of the principles and the pinnacle of Gumilev’s “objective” lyrics. He formulated not only a new concept of poetic work, but also a new understanding of human beings. In 1913, his first dramatic work “Don Juan in Egypt” was published, and was almost instantly staged in the Troitsky theatre in St. Petersburg.

Gumilev volunteered for the frontlines as soon as World War I started. Earlier he hadn’t been allowed in the army, but under the circumstances of war he was accepted. He was assigned into the Lifeguard’s lances regiment. His courage in battle earned him the rank of officer and 3rd and 4th class St. George’s Crosses. During the war, he continued his literary work. His wartime poems were assembled in the collection “Quiver” (“Kolchan”) He also started work on the drama poem “Gondla”. In 1916 he took a vacation and went to Massandra in the Crimea to finish it. The same year, his prosaic work “African Hunt (Excerpts from a Traveler’s Diary)” (“Afrikanskaya okhota (iz putevogo dnevnika)”) was published.

Gumilev didn’t witness the 1917 Revolution. At the time he was abroad as part of a Russian expedition corps, going first to Paris and then to London. His literary works of the period showed an interest in oriental culture. His collection “The Porcelain Pavilion” (“Farforovyi Pavilion”, 1918) consisted of his interpretation of French translations of Chinese classic poetry. The oriental style was seen by Gumilev as a kind of “word economy”, poetic “simplicity, clarity and veracity”, which were in line with his aesthetic perception.

Upon returning to Russia, Gumilev started working at the repertoire section of the theatric department of the People’s Commissariat of Education. The same year he published the “Poisoned Tunic” (“Otravlennaya tunika”) he had written in Paris.

He became part of the editorial board of the “World Literature” (“Vsemirnaya literatura”) publishing house, which, under his editing and translation, published the Babylonian epic “Gilgamesh” and the works of Robert Southey, Heinrich Heine and Samuel Taylor Coleridge. He read lectures on the theory of poetry and translation in various institutions, and headed the “Resounding Seashell” (“Zvuchashchaya rakovina”) studio of young poets. In January 1921 he was elected chairman of the Petrograd (St. Petersburg) department of the Poets’ Union. The same year his last book, “Fiery Pillar” (“Ognennyi stolp”) was published. At the time, Gumilev delved into the philosophical understanding of the problems of memory, immortality of art and the destiny of poetry. 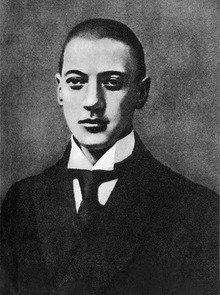 A supporter of the monarchy, Gumilev didn't accept the Bolshevik revolution. He refused to emigrate, however, being certain that he would not be repressed. He thought open and honest declaration of his pro-monarchy views the best defense, and that his good name was a guarantee against repression. This position worked well during his readings and lectures, when listeners accepted his “monarchism” as a joke or a poetic eccentricity.

On August 3 the same year, Gumilev was arrested on charges of participating in an anti-Soviet plot. After the case materials were declassified, it was found that he was accused of “not reporting the fact that he was offered membership in an officers’ conspiratorial organization which he firmly refused.” In August, he was executed by firing squad on the grounds of being a participant of a counter-revolutionary plot (there are different versions on the details of this alleged participation). The squad members later said that they were impressed by his self-containment in the face of inevitable fate. The exact date of his death is unknown. His name was cleared in 1991.