A large family from Irkutsk that in March 1988 hijacked a Tu-154 airplane with the aim of escaping from the USSR.

At the moment of the incident the family consisted of the mother Ninel, 51 years old, and her 11 children (4 girls and 7 boys, aged from nine to 32). Ninel Ovechkin was a woman with a very tough character and the only leader in the family. She had spent a difficult childhood in an orphanage and hard work and poverty had probably turned her into an ambitious person who would go to any length to have her way. Her husband drank a lot and, while under the influence of alcohol, would threaten to kill his children. After his death in 1984 Ninel reared her children by herself in the city of Irkutsk, about 2,600 miles east of Moscow.

The Ovechkin family was quite poor and had to work hard in their field and with their livestock. When the boys showed interest and skills in music, Ninel fully supported them in their development, considering this as an opportunity for a brighter future of the entire family. Being a highly authoritarian person, the mother decided that music must be a privilege for the boys only, while she and her daughters should take care of routine tasks such as cooking, washing and even organizing make-up and costumes for the young musicians. 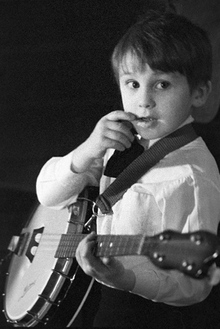 In 1983 the seven brothers, with the help of a music teacher, Vladimir Romanenko, formed a jazz band called “The Seven Simeons.” The oldest brothers Vasily, 26, and Dmitry, 24, managed the band. The most talented among the boys were 13-year-old Mikhail and 9-year-old Sergey, who also were “a trump card” of “The Seven Simeons.” Very soon the ensemble won a number of awards in different music competitions across the USSR, and gained popularity. A story about a talented family from “upcountry” was reported in the press and filmed in a documentary.

The Ovechkins attained fame and recognition and were accepted as students of the prominent Gnessin State Musical College. The young musicians’ study was not successful though: either because they considered themselves to be skilful enough, or because they didn’t have money to live in Moscow. Some sources state that the Ovechkins, despite their great music achievements, could not make ends meet. After a tour of Japan, the members of “The Seven Simeons” became impressed by the standards of life and possibilities available in a foreign country and they decided to escape from the USSR. The mother Ninel insisted that all the family had to leave, and with the help of her sons she planned a hijacking as a means of crossing the border. The plan proved to be unsuccessful and poorly organized, with tragic consequences.

On 8 March 1988 Ninel and ten of her children boarded a Tu-154 jetliner in Irkutsk. The official purpose of the flight was a musical tour in Leningrad (now Saint Petersburg). Their luggage included a double-bass case, which was too big to pass through the airport x-ray machines. The Ovechkins refused to put it in the cargo hold, claiming that it was too valuable. The airport staff recognized the famous band and didn’t check their luggage properly. The family hid weapons, including sawn-off shotguns and a hand-made bomb, in musical instrument cases and smuggled them onto the plane. In total there were 76 passengers aboard the flight, including the Ovechkin family.

About halfway through the long journey, two of the Ovechkin brothers took the sawn-off shotguns out their instrument cases and handed the flight attendant a note, threatening to blow the plane up unless it was diverted to London.

The armed brothers ordered passengers not to leave their seats. After the negotiations, the cockpit crew, separated from the hijackers by a locked compartment door, managed to convince the terrorists that the plane was not fuelled enough for a long flight. The hijackers agreed to a short landing in Finland, to refuel. In reality the crew, under orders from ground control, secretly planned to land the plane on a reserve airfield near Leningrad. After landing, the jet was surrounded by soviet soldiers. Their uniforms and Russian writing on the equipment made the armed family realize that they had been tricked. The brothers’ nervous behavior deteriorated and they started shouting and threatening to blow up the plane. Dmitry shot dead a stewardess, Tamara Zharkaya, who took a direct part in negotiations with the terrorists.

As it would be reported later, the actions of the assault team were not professional and the subdivisions involved in the attack were not specialized in this type of task. These factors led to a dramatic finale of the hijacking.

After the fuel refill (which, according to some resources, was faked) two soldiers from the assault team managed to enter the cockpit and started a chaotic gunfight in the passenger compartment, aiming at the rear of the plane where the Ovechkin family was situated. A few passengers were wounded. Ninel Ovechkin, who ordered her sons to kill her and themselves in case of failure, was shot dead by the oldest son Vasily. He immediately killed himself afterwards. Three brothers, Dmitry, Oleg and Aleksandr, let off a hand-made bomb, causing a fire in the plane, and then shot themselves. 17-year-old Igor didn’t follow his mother’s orders and hid himself in a toilet to save his life. 28-year-old pregnant Olga Ovechkin and her 4 younger brothers and sisters survived too. 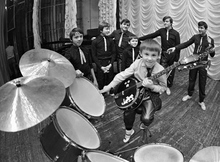 Unfortunately, the death of the terrorists was not the final part of the tragedy. The passengers tried to leave the burning plane, but were met by the assault team that violently beat them. Later these actions were explained by a possibility that hijackers could escape together with the passengers.

As a result of this bloody attack nine people died and 36 were wounded (some of them became physically disabled); these casualties were caused by the actions of both the Ovechkin family and the assault team.

In September 1988 the trial of the surviving adult members of the Ovechkin family began. Olga was sentenced to six years and Igor to 8 years. They both served out only half of their terms. The younger children were put into an orphanage, and later were taken into the family of the oldest daughter, Lyudmila Ovechkin, who didn’t take part in the hijacking. She also took in Olga’s child, born in prison. 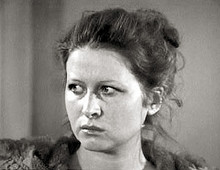 Information about the Ovechkin’s life after the incident is very limited. Olga was killed by her partner during a drunken row. Her second child, a newborn son, was adopted by Lyudmila, who also took care of her younger brothers and sisters (Mikhail, Sergey, Tatiana and Ulyana).

Igor, accused of growing narcotic plants, was arrested for a second time, and later was killed by a cellmate. Ulyana was unhappily married, tried to commit suicide and became physically disabled. Sergey, together with his older brother Igor, played in restaurants for a period of time, but his later destiny is unknown.

Mikhail Ovechkin was the only member of the family who managed to reconstruct his life with music. He played in the Saint Petersburg jazz band Easy Winners, and then moved to Spain. According to the most recent information, at the moment he plays in a jazz ensemble called the Jinx Jazz Band.

There is no information available about Tatiana’s life.