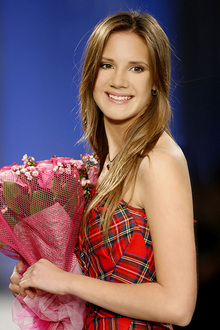 Kira Plastinina, the world’s youngest fashion designer who opened her first boutique when she was just 14, is one of the most disputed fashion figures in Russia. Fans of her clothing argue that she’s brought a breath of fresh air to the industry while critics claim it’s her rich father’s money rather than her talent that keeps the brand going.

Kira is the daughter of Sergey Plastinin, a millionaire businessman who owns a number of consumer goods companies – from dairy products to clothing store chains. He is the sole investor in the Kira Plastinina brand and the financial force behind his daughter’s collections. Plastinina says business is not her thing; she’s all art and money matters are ruled by her father.

Little Kira started sketching clothes as a child. She learned to sew and created hundreds of outfits for her dolls. In 2006 her father hired a team of professionals to create and promote his daughter’s own clothing line. Kira’s first official presentation as a fashion designer with her own collections and first shop in Moscow took place in March 2007. Media reports say the start-up cost the businessman 35 million dollars, an investment that has proven quite successful.

In 2007 young Kira also became the official style designer for the Russian version of “Pop Idol: Season 7.” Shops under her name began opening across Russia, Ukraine and Kazakhstan, and today they number almost one hundred. Kira also produces 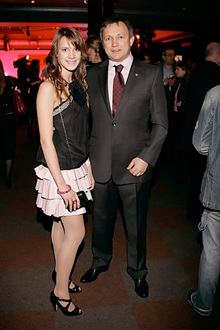 shoes, accessories and has her own signature scent on the shelves of her laid-back boutiques where girls can leaf through fashion magazines stretched out on a sofa or have chocolate while trying on outfits.

Kira became the youngest fashion designer to take part in an international fashion week – first in Moscow, then in Milan. According to rumors two million dollars were paid to Paris Hilton to attend the grand show in Moscow and pretend to be Kira’s best friend. The American A-lister posed for pictures with the teenaged Russian designer and even bought some items from her new boutique, praising their creativity and quality. The well-paid friendship was short-lived however; in 2009 during the Milan Fashion Week the heiress of the Hilton Empire did not even say hello to Kira.

In 2008 Plastinina opened a shop in New York but it closed within a year “due to the financial crisis.” That same year PacSun (Pacific Sunwear of California), a major clothing producer that sells an American brand called Kirra filed a lawsuit against the Russian designer demanding she be prohibited from using her name as it is very similar to the brand they have

had on the market for 15 years. A top Russian attorney has been hired to represent Plastinina in court in the US and the verdict is expected in the summer of 2010.

The young designer, who now attends a Milanese fashion institute, has a large professional team working for her. She outlines her ideas for new collections, then dress cutters and fitters work out the details and create patterns. Kira Plastinina clothes are produced in China, but from high quality Italian textiles. She says, “All my dresses, pants and tees are made only from quality cloth. They do not rip, do not wear out, do not stretch. If you do not rip, tear or stretch them on purpose, of course.

I wear my own clothing with pleasure, actually. Where else can you find such cool tees with prints, bright jackets and skirts of unusual cut - and all for an affordable price and with a new collection every two months? I don’t know any other such place!”

The average price of an article of clothing in a Kira Plastinina shop is 30 to 50 dollars. The designer calls her style “art-glamour-sporty-casual.” Her productions are often bright, extravagant outfits for teenage consumers that cannot afford Zara and want to stand out in a crowd. The names of her collections speak for themselves: “Hip-Hop Girl,” “Glam Punk,” “Sweet Grunge,” “Love.” Some critics say Kira does not have a recognizable single style that is characteristic of a true fashion professional. Others say she 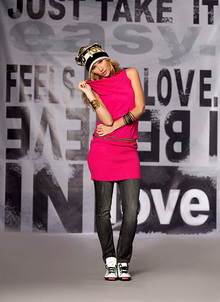 gave the market what it was missing – a line of fun, original, bright clothing with a bit of coquette and a bit of emo for teenage fashionistas. And business is thriving.