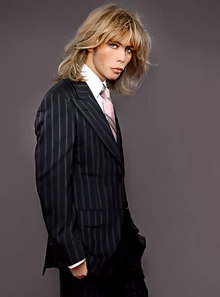 A famous hairdresser and stylist, and recently a singer and showman, Sergey Zverev calls himself the “King of Glamour” and “Star of Shock.” He successfully filled a previously empty niche in Russian show business as a scandalous fashion-star, who does not leave anyone uninterested. The public either adores Zverev’s professional skills and unique style, or loathes his narcissistic attitude and superfluous glamour, verging on the ridiculous. The mass media covers his every step and describes him as a person who “startles, exalts, entertains, annoys, admires, amazes and makes people love and abhor him.”

Sergey Zverev carefully hides his detailed biography from the general public, allowing people to know only the facts he wants to share. The star is especially superstitious about dates and numbers, believing that they have a fateful meaning, and often claims that “show business doesn’t bear a nationality or age.”
Sergey Zverev was born in 1972 (other sources mention 1963) in the town of Kultuk (Irkutsk Region, Russia), into the family of a railway worker. His father died in a motorcycle accident when Sergey was only four years old. Soon after this tragedy the family moved to the city of Ust-Kamenogorsk, in Kazakhstan. Sergey had an older brother, Aleksandr, who died of asthma at the age of twenty-nine. Having been brought up by his mother, Zverev considers her as one of his closest and most loved companions.

In the 1980s he did his obligatory military service, and even managed to make his soldier’s uniform look better, adjusting it with a sewing machine. After his discharge, Zverev was noticed by 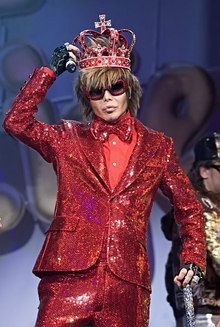 a prominent hairdresser, Dolores Kondrashova, and moved to Moscow. He opened his first salon in the early 1990s. In 1996-1998 Sergey Zverev won a series of international competitions and became the European Champion and the World Champion of hairstyling.

Commenting on his achievements within the hairdressing industry, Zverev has said: “It turned out that I … opened the eyes of fashion in the whole world.” At the same time, he doesn’t like to be called a hairdresser, and prefers to say he is a stylist. In answering a question about his profession, Sergey once stated simply: “I am a superstar.”

Sergey Zverev’s name has become synonymous with stunning show designs. He has established innovative trends in the industry of hairstyling and fashion, constantly demonstrating his revolutionary ideas and creativity. At the moment Zverev owns a prestigious beauty salon that bears his name in Moscow. He charges enormous amounts of money for his style advice. Among his clients are celebrities, pop-singers and millionaires and their wives. Zverev describes his style as “sometimes glam-rock, sometimes rock-a-pops-glam, sometimes pops-glam, sometimes extreme rock without glam, sometimes crazy-fashion-rock, and always – diva…”

One of the most well-known of Sergey Zverev’s clients is the famous Russian singer Alla Pugacheva (and her ex-husband Fillipp Kirkorov). It is believed that the pop queen encouraged her private hairdresser and stylist to start his own career as a singer. Zverev devoted his first song “Alla” to her, as his patroness and muse.

At the moment Sergey Zverev has dozens of songs in his repertoire. But his singing skills are very much disputable. There are certainly many listeners and fans of Zverev’s music, but in general his career as a singer is thought to be a mere whim of the rich superstar. His first album “The Star is Shocked!” was released in 2007. Zverev has received four national “Ovation” music awards (Russia’s equivalent of the US Grammy’s).

One of Zverev’s favorite stories about his first tour as a singer is that he had a full house in five cities, even though at that time he had only one song “Alla,” which he had to perform up to 15 times during each of his concerts.

Sergey Zverev’s pop videos are as glamorous and extravagant as he is. They provide Zverev with 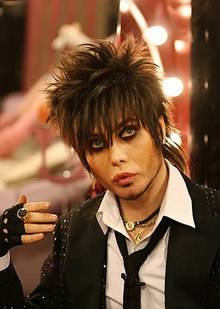 the constant attention of the mass media, which never stops speculating about the slim girls present at video shoots, or how much of his naked body the singer managed to show on the screen. Evidently, Zverev likes being photographed and filmed nude, though it is thought that in some shots his head is pasted onto someone else’s muscled body.

Sergey Zverev began his career as a TV-presenter by working for the channel Muz-TV, where he hosted the scandalous and provocative reality-show “Full Fashion,” showing him in his everyday life. Later, the self-proclaimed Glamour King lanched a new program on the same channel, called “Star in Cube,” the main idea of which was interviews with celebrities. Zverev, sitting in a glass room, led long conversations with show-business stars, unveiling their secrets. He has often been criticized for using profanity during his shows. Nevertheless, he considers himself a refined and well-mannered person, and states that he uses his “colorful” language only in appropriate situations.

Zverev’s appearance is discussed almost as much as his lifestyle and work. His face has distinct marks from several plastic surgeries, especially his nose, jaw and lips. The surgeries are thought to have been badly performed.

The reasons for such an extreme transformation of his face are not clear. There are rumors that in the late 1990s Sergey had an accident, which greatly damaged his face, and doctors did their best to save it. The most common version, however, is that the star just wanted to look better and became a victim of bad plastic surgeons.

Sergey Zverev’s teenaged son (his exact birth-date is unknown) is also named Sergey. The name of the boy’s mother is also a mystery to the general public, and, according to various sources, she died when Sergey Junior was very small. The boy often accompanies his famous father at official events and parties, usually dressed in a style similar to Sergey Senior’s.

As Sergey Zverev put it in one of his interviews: “Zverev means impossibly beautiful, impossibly fashionable and an impossibly big star. It is a colossal work to be a superstar, a king of glamour and to look like me.”